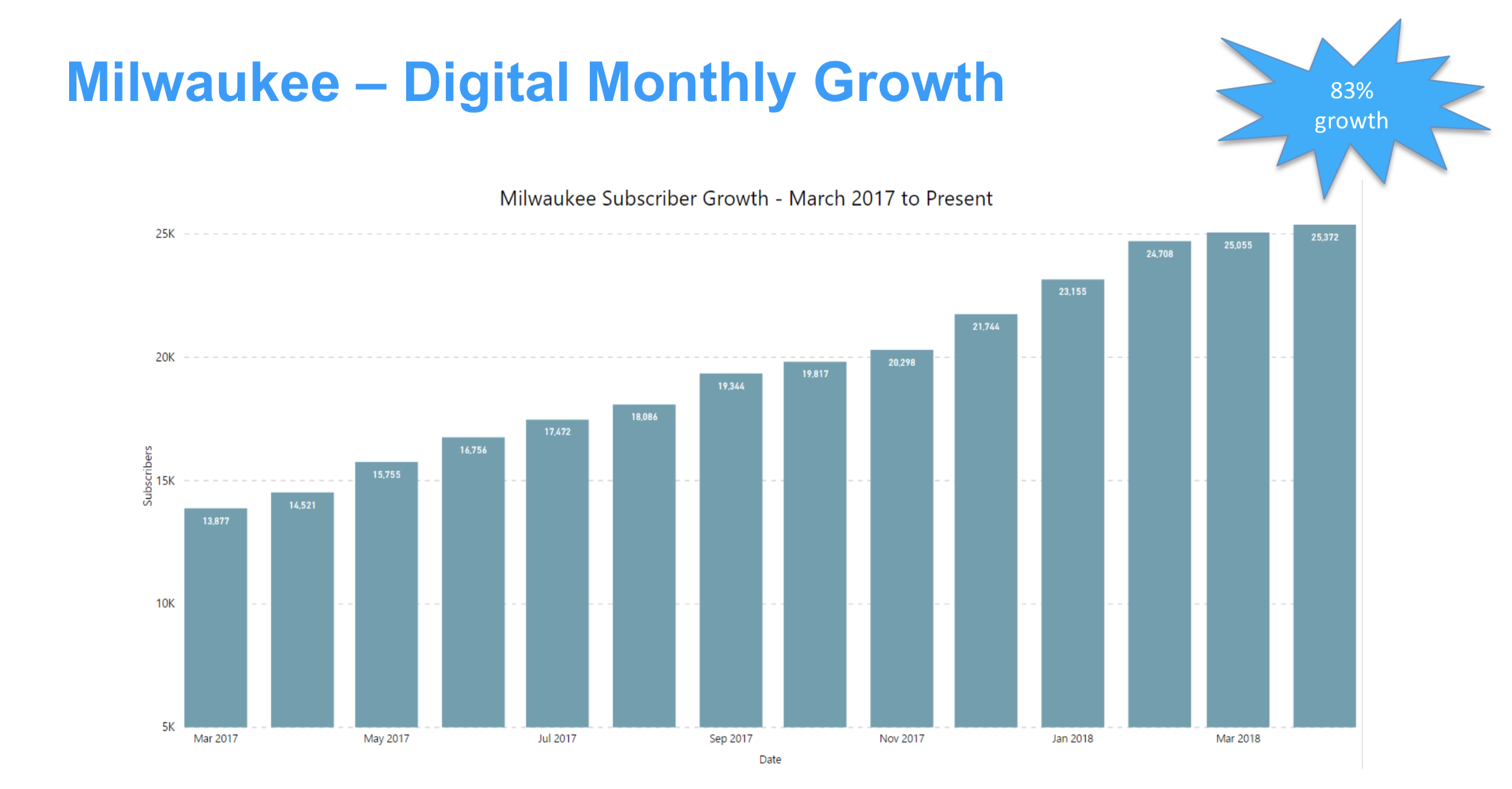 One of the key reasons why the Gannett-owned publisher has been able to grow its paid online audience has been the buy-in from the newsroom. In a webinar as part of the Local News Subscriptions Accelerator, Laurie Truitt, the company’s vice president for digital audience acquisition, and John Adams, the Journal Sentinel’s deputy editor, explained how promoting digital subscriptions have truly become a newsroom responsibility as the newsroom has worked more closely with colleagues in product, marketing and subscription teams internally and at corporate.

Truitt and her team at Gannett created an Omniture dashboard for all the titles in the company to track their subscription numbers. They also send a weekly report with details about things such as upcoming promotions and tests. Truitt said she’ll also solicit feedback and insights from individual newsrooms about their audiences.

And the newsroom is often key to that listening and conveying subscription messaging to their audiences.

For example, the Journal Sentinel has more explicitly tied its big journalism projects to digital subscriptions by including direct calls to action.

The landing page for Unsolved, an eight-part series with an accompanying podcast covering the death of a 2-and-a-half-year-old girl, asks readers to “support in-depth journalism” and links to the publisher’s subscriptions page. 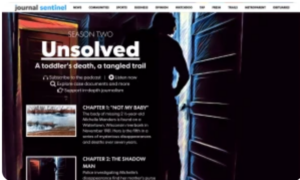 There are also subscription calls to action in the podcast episodes themselves.

“All the reporters, all the journalists in the room were thinking: I’m doing this story, is there a way I can promote digital subscriptions sign ups?” Adams said.

The individual publications can use the story to promote subscriptions on their homepage as well as social platforms such as Twitter and Facebook.

Truitt’s team wrote the story, but the Journal Sentinel newsroom was able to localize it to make it appeal more to their audience by emphasizing particular perks such as its Green Bay Packers app.

“They gave us this article and we sat down and we edited it, made it so it would speak to our specific community and what matters to them,” Adams added. “This was us working together, them doing what they do great and us doing what we do great. At the end we have this thing that really helped and moved the needle.”

Journal Sentinel editor George Stanley also now publishes occasional columns highlighting some of the newsroom’s best reporting and explaining to readers why it’s important that they support the journalism.

“This is a big contributor of subscriptions,” Truitt said of the newsroom’s editorial content emphasizing the importance of supporting journalism.

In an early Accelerator session, Jason Sylva, a former marketing executive at The Financial Times and The New York Times, discussed how publishers could more effectively use their editorial space to help promote subscriptions. You can check that out here.