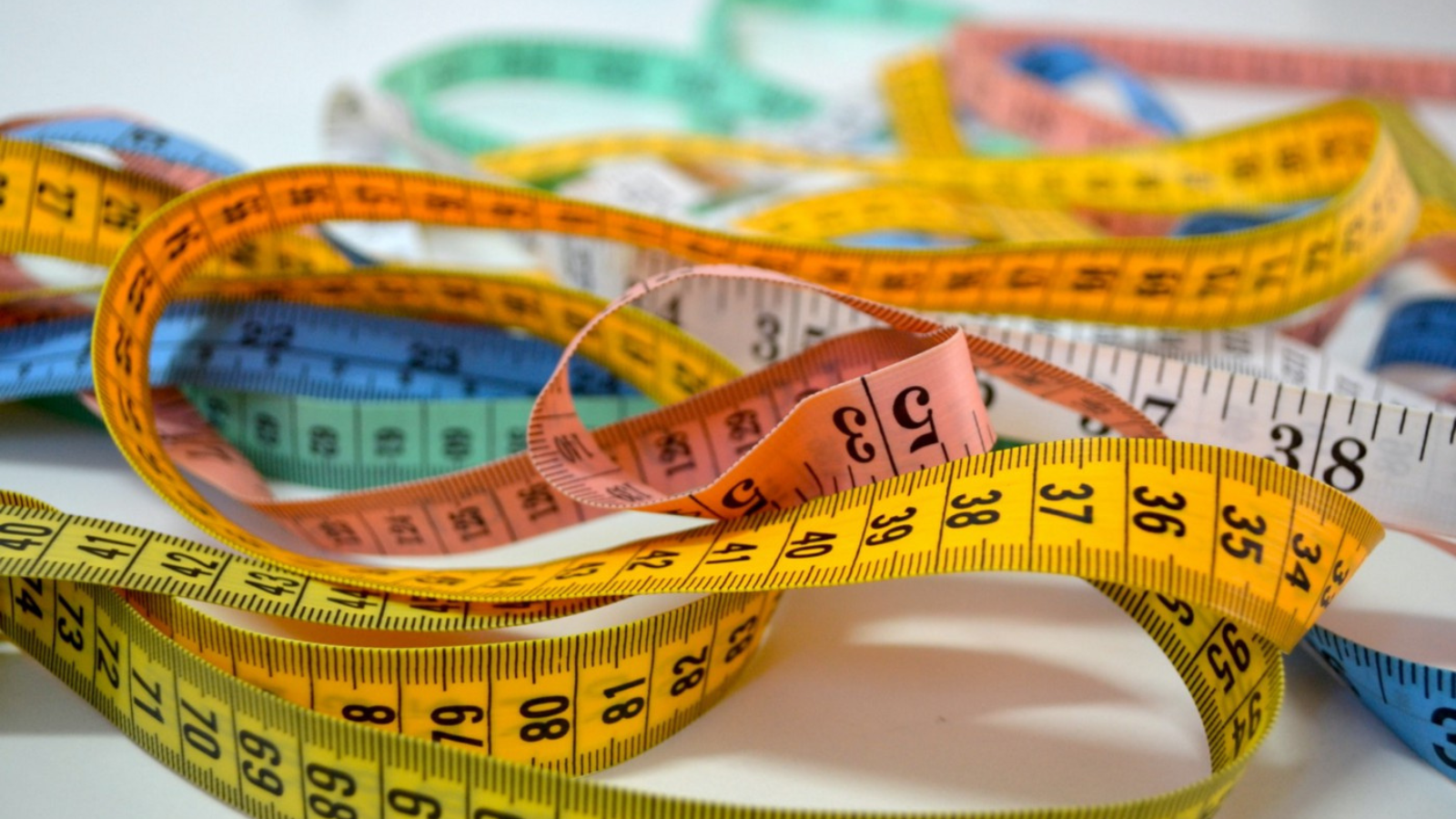 As local news organizations assess and analyze equity and inclusion in their culture and in their coverage, who are their research partners and how are they defining success?

Many local newsrooms, including The Philadelphia Inquirer, are beginning to examine the effect their coverage has had on shaping narratives, causing harm and influencing conditions in communities over time, particularly BIPOC communities. The process of examination has taken many forms across local, national and global organizations. They include published works such as the LA Times’ editorial identifying and apologizing for racism in coverage and the Inquirer’s More Perfect Union series, a special project examining the roots of systemic racism through institutions founded in Philadelphia. Additional aspects of examination include the undertaking of content audits and source diversity audits in newsrooms and annual reports such as Reuters’ inaugural diversity and inclusion report in 2021. Also, many organizations are creating or expanding in-house teams focused on DEIB (Diversity, Equity, Inclusion and Belonging) initiatives.

At the same time, external groups are publicly suggesting additional ways that journalism organizations can hold themselves accountable. One group, OpenNews, has called attention to how representation could show up in the journalism awards space. They publicly appealed to The Pulitzer Prizes to require that a news organization publicly share data about staff demographics to be eligible to win.

It is during this critical moment of analysis that publishers are also beginning to develop their own benchmarks for where they are now in terms of equity in coverage, and how they will measure progress going forward. We’d like to add grounding to the conversation around benchmarks and defining success by sharing some of the things we’ve learned from our collaboration with New Kensington Community Development Corporation, a local community group that offers services to residents and small businesses in the Fishtown, Port Richmond and Kensington neighborhoods in Philadelphia. One of our shared goals in working with NKCDC was to co-develop community-informed benchmarks for using a local news mapping tool our team built to analyze community representation in coverage through a geographic lens. The co-design process, created by Special Projects Editor Ana Graciela Méndez, was set up to ensure that the data displayed on the map would not live inside a vacuum, and that insights from the tool would incorporate feedback that reflected the realities of residents that live in those communities being covered.

Over nine weeks, Ana guided members of the The Lenfest Local Lab @ The Inquirer, the Inquirer’s Community & Engagement desk, the Brown Institute for Media Innovation and NKCDC in conversations about community equity and geographic representation in Inquirer coverage. The conversations led to some initial ideas for what benchmarks for representation could look like in coverage, which organizations like The Inquirer could track and meausre against for signs of progress.

Before detailing the benchmarks, we want to share a few observations we made as we wrapped the project, about our collaboration infrastructure and power dynamics that existed in our work.

We wanted to note that the conversations weren’t exclusively between folks at the highest level within each organization. This was intentional, because one way to make work more equitable within news organizations is to include folks on the ground and across organizations and teams to add perspective and nuance to conversations.

We also want to be transparent about why we chose to approach NKCDC. We know that there are power differentials between news organizations and community-based non-profits, as well as among various community non-profit organizations throughout the city. We chose to reach out to NKCDC because the lab had asked folks there for feedback on a project we were building to serve residents of West Kensington and Fairhill. Also Sabrina Vourvoulis, the Inquirer’s Community and Engagement desk editor and member of our collaboration team, knew the executive director of NKCDC, Dr. Bill McKinney, from her time as the editor of Generocity, a local news site covering the nonprofit community.

Finally we want to emphasize that every organization and individual involved in these types of collaborations will have their different strengths, varying levels of authority and also their own unique leverage points. We do not seek to not solve for, but rather to acknowledge those dynamics in this work. We want to call attention to the fact that sometimes the flow of power between a newsroom and a community group is part of the problem and creates inequitable conditions. The inequitable distribution of power creates conditions for extractive reporting, and the strength of a newsroom’s platform puts the decisions about the timing and contents of reporting ultimately in their control.

Our leader in this partnership, Ana Graciela Méndez, implemented many tactics to neutralize those dynamics, which you’ll read more about below.

We kicked off the work by having the group read and review most of the stories written about the Kensington neighborhood by The Inquirer in the month prior, February 2022. When we gathered to discuss the stories, many ideas and concepts related to benchmarking emerged. We spoke intentionally and at length about many aspects of articles, including headlines, deks, quotes and story topics, as well as the impact a story could have on a community after it’s published, and the desire for more follow-up stories on critical community issues.

Below is a list of the five benchmarks that we all felt the most commonly invested in. They resonated with everyone in the group, despite us all coming to the conversation from different angles or from varying perspectives. Alongside the benchmarks, we’ve added a list of approaches or ways to think about solving the problem that go beyond short term solutions such as just turning off the spigot of harmful news.

How might we start to measure signals of inclusivity in local coverage? Start counting and evaluating in these five key areas.

We noticed that many verbs used to describe things happening in the community portrayed residents as passive recipients, rather than as active partners, and as people whose feedback is extremely relevant to an article given their lived experience in the community. Choosing active language or active verbs could help coverage be more representative and inclusive of community members and community life.

2. Headlines that center people over things or institutions

We observed that in headlines, where space is often short, the language often prioritized things or institutions over people or voices. Intentionally starting a story from a place of personhood, or where a person is telling their story rather than having their story told, especially when a headline isn’t about a crime, could help stories be more representative.

3. Amplifying community voices in the story

In many articles, residents were often present, but not necessarily active in the story. We made note that equally balancing the voices of academics, officials or other public figures with voices or reactions from residents or community groups, could help. Specifically, choosing to quote rather than paraphrase community members has the potential to improve representation, as well as linking to primary sources when they’re available.

4. Context is more impactful than sentiment

The perspective of the group was that the sentiment of an article (e.g. ‘positive’ or ‘negative’) mattered far less than the presence of context for what was happening in the community. Including not what just happened, but the interconnectedness of prior events that led up to that moment, felt like a way to ensure that a story was thoughtful and representative, and avoided parachute journalism, regardless of the sentiment the piece seemed to convey about the community and its residents.

The pace of news events happening in an area as large as the Philadelphia region is unforgiving. However, if newsrooms are interested in creating coverage that is more representative of life in communities, it’s essential to circle back and write follow-up stories that paint a more accurate picture of whether or not something was successful or was a failure within a community. Many times an event in a community can be covered as a singular occurrence even though it is often part of a wider ongoing story that only residents or people with deep context have connected the dots. Follow-up stories also allow reporters to dig deeper on systemic issues that manifest themselves as singular events.

What are actions that newsrooms can take to hold themselves accountable to communities? Some answers from one community, are here.

What sprang from many of these conversations were not just challenges and impediments to creating more representative and inclusive journalism, but also many ideas for approaches, products or services that could be implemented to help build a bridge to better community-based coverage. Here are a few worth highlighting.

Full statements in addition to quotes. A story product with the ability to provide easy and contextual access to full statements, rather than quotes, from community groups or residents. Oftentimes a full statement is what’s needed to address the complexity of multi-year occurrences that are being boiled down into one story. A specific idea was to think about these community statements as things that accompany an opinion piece and make it a package.

Sharing capacity. Much like how NKCDC thinks about ways they can share their capacity with residents, communities, and other community groups, a more equitable and inclusive newsroom would also seek ways to also help residents and community groups build capacity one way or another, whether it be through shared technology or research, training collaborations, other tactics. Making a concerted effort to share the resources and assets you have with others could take many forms.

Pay attention to silence. We talked about how things being written about on a community level are often fraught and frequently intertwined with political sensitivities or staunch differences of opinions between people and groups who still, at the end of the day, rely on one another to succeed within a community. These conditions can result in less people speaking out for themselves or on behalf of a community because it feels risky to be quoted. An equitable organization might spend time tuning into those silent spaces and build relationships that lead to better coverage.

Information that adapts to someone’s needs. We talked about how information should more often be adapted to an individual’s needs in the community. We acknowledged that one way to be an anti-racist organization and dismantle white supremacy in coverage is to move away from the written word as the primary communication vehicle, and put stories in other forms that could be more common, recognizable or accessible in other communities, including information via recordings or conversation, through music or video. It’s not just a matter of presence of these forms, but prioritizing them.

Make room for the resident reporter. In today’s news environment, resident’s voices are rarely elevated beyond a quote or reaction, or they are found in opinion pieces, where they carry a different weight or authority compared to a story reported by a purportedly objective observer. How can we invite more voices in, earlier and often, and embrace and elevate the lived experience and context that community members can bring to narratives about complex and impactful community issues?