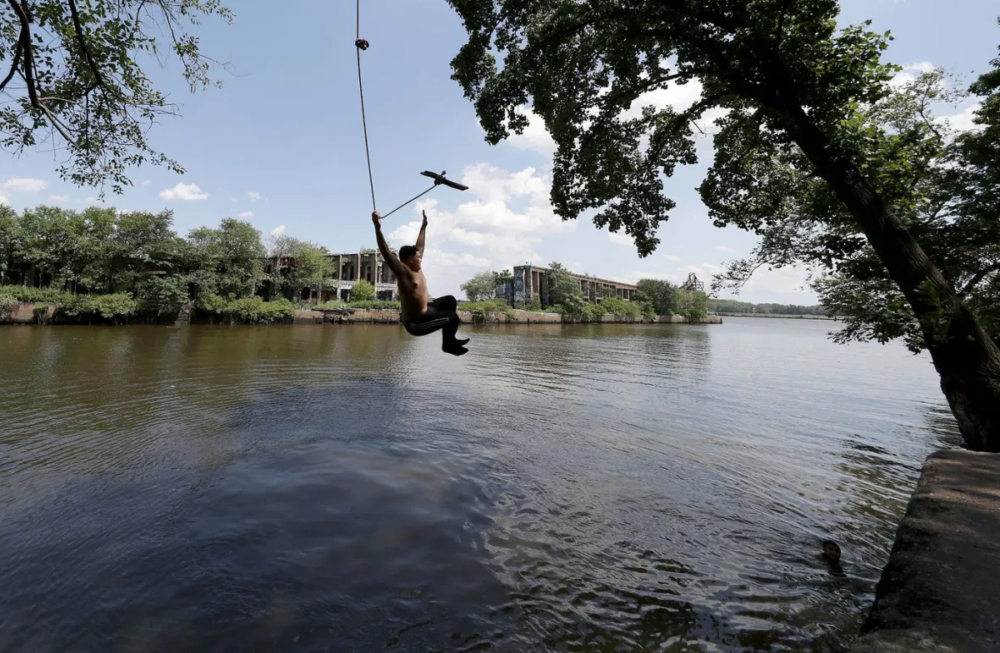 We all live in a watershed, even if we don’t know it.

Watersheds are the areas of land that encompass where water will go. Rain that falls in Baltimore, for example, doesn’t necessarily stay local. It is part of the Chesapeake Bay watershed, a 64,000 square mile area that includes six states, 17 million people, and various systems that can deliver pollution to our waterways. That rain carries with it nitrogen from the air, and when it hits the ground it delivers fertilizer, metals, phosphorus, cadmium and other elements to streams and rivers and eventually the Chesapeake itself. Many facets of our lives — such as our drinking water, our local economies, wildlife, and more — are connected through our watersheds. It is essential we understand them.

Watersheds can be complex, but they’re brimming with stories and present huge opportunities for journalists looking to dig into meaty topics that are relevant to their communities. It’s critical for local journalists to capture how watersheds directly affect people’s lives and to understand how to properly report on their surrounding issues.

Rona Kobell, a science editor who has covered the Chesapeake Bay Watershed for more than 15 years, recently shared strategies and tips for covering a watershed as a beat as part of a virtual training hosted by From the Source: Stories of the Delaware and Internews’ Earth Journalism Network, a a global network of journalists working to improve the quantity and quality of environmental reporting.

From the Source is a yearlong collaborative reporting project covering the Delaware River Watershed with support from The Lenfest Institute for Journalism, National Geographic Society, and William Penn Foundation.

You can watch a full recording of the webinar here or below.

Here are 10 tips that Kobell shared on how to cover a watershed as a beat:

1. Identify the regulatory bodies that oversee a watershed

Because watersheds often span several states, there are often complex bodies that regulate the systems. For example, The Delaware River Basin Commission, an interstate agreement between Pennsylvania, Delaware, New Jersey, and New York, manages the watershed. There are similar organizations in other watersheds.

The first step to successfully covering a watershed is to understand how it’s regulated and then you can decide which meetings you should attend and identify where the news actually happens.

2. Prioritize where the news happens

In the Chesapeake Watershed, a meeting certainly worth attending, though, is the Chesapeake Bay Commission, which meets four times a year with legislators from Maryland, Pennsylvania, and Virginia.

“A lot of times, it’s very hard to get access to people,” Kobell said. “So, if you go to this meeting and run into a senator, you can often get them to talk, and then they may tell you about more stories.”

Conversely, she said the Chesapeake Bay Executive Council meeting may not be worth attending. While it includes the governors of Maryland, Pennsylvania, and Virginia, the EPA Administrator, and the Mayor of Washington, D.C, journalists typically do not get access to the meeting. The officials emerge afterwards to announce a statement of what they decided. It may be worth attending to talk to others on the commission, but in cases like this, it’s best to determine what your access is going to be. You don’t want to drive a long distance to get little besides a press release you could have gotten online, especially if the participants are not going to take questions.

3. Focus on the science

Scientists and researchers can be terrific sources. The Chesapeake Bay Scientific and Technical Advisory Committee, for example, meets quarterly and focuses its discussions and efforts on key issues facing the watershed. Kobell shared that its most recent meeting microplastics and its issues, which turned into both daily and larger stories.

Professors and students at local universities can also be valuable sources for watershed coverage. In particular, Kobell suggested reaching out to professors at HBCUs as a way for reporters to diversify their sources.

Noting the national trends and understanding if it is affecting your local community is another method to track stories to see if something happening in one place is also happening where you are. For example, Kobell mentioned that ocean acidification is killing oysters in the Pacific Ocean, and she was curious if this is a concern in the Delaware Bay.

Local riverkeepers can also be effective sources who provide insights and views on the river systems that may differ from official viewpoints. Riverkeepers serve as the water body’s primary advocates and patrol watersheds in order to respond quickly to any issues.

Try calling them and asking what they’ve been up to and see if they can take you out on the river.

“They appreciate the press in ways that sometimes the state officials don’t,” Kobell said.

Try and go fishing with as many watermen or fishers as you can. A lot of times, the fishers know the politicians quite well and have background knowledge in the information that you may be seeking.

6. Talk to recreational and community groups

Organizations that run recreational activities in the watersheds are often extremely observant and passionate about what’s going on in their communities and within their watersheds, and they could help spark stories.

In Maryland, Upstream Alliance, a non-profit organization dedicated to connecting people to nature, takes groups on kayaking trips for small fees. In Philadelphia, Bartram’s Garden is a botanical garden on the Delaware River that invites community members to get closer to the river system. Organizations such as these can help you get closer to your communities.

It’s also imperative that we recognize our communities of color and effectively address the health inequities that continue to persist.

“We’re dealing with an issue here, that is probably not just unique to Chesapeake Bay,” Kobell said. “The way we’ve covered the environment has been through a very white lens. We talk about oysters, crabs, bass, nitrogen, and farms, but we don’t necessarily talk about asthma or toxins enough, and the connections need to be made.”

7. Listen to the outside groups — sometimes they’re on the inside

Unofficial voices such as birders, fishers, kayakers, and paddle boat outfitters can often be the strongest sources for what’s happening on the water.

Kobell gave the example of a 100,000 fishkill in Middle River Maryland, and she found out about it through a chef she knew who fishes. She then confirmed it with the state and the nearby environmental reporters wrote about it.

State agencies are public bodies, which means they must comply with public records laws. Freedom of information laws vary from state to state, so you should get to know the regulations based on where you live and send in frequent FOIA requests.

It’s also worthwhile to get to know the agencies’ public information officers, who can provide information and connect you with official sources.

9. Get to know river commissions

Understand how the river commissions, which oversee and regulate the watersheds, work. It’s helpful to get to know employees at the commissions because they often have more leeway to speak than state employees.

They also have large networks of former employees who cycle in and out of the commissions and can be useful sources of information and help contextualize the news.

10. Get to know a legal network

Legal groups and attorneys pursuing cases related to the river are important to get to know and as they are helpful in answering questions and providing information on law surrounding natural resources and watersheds.