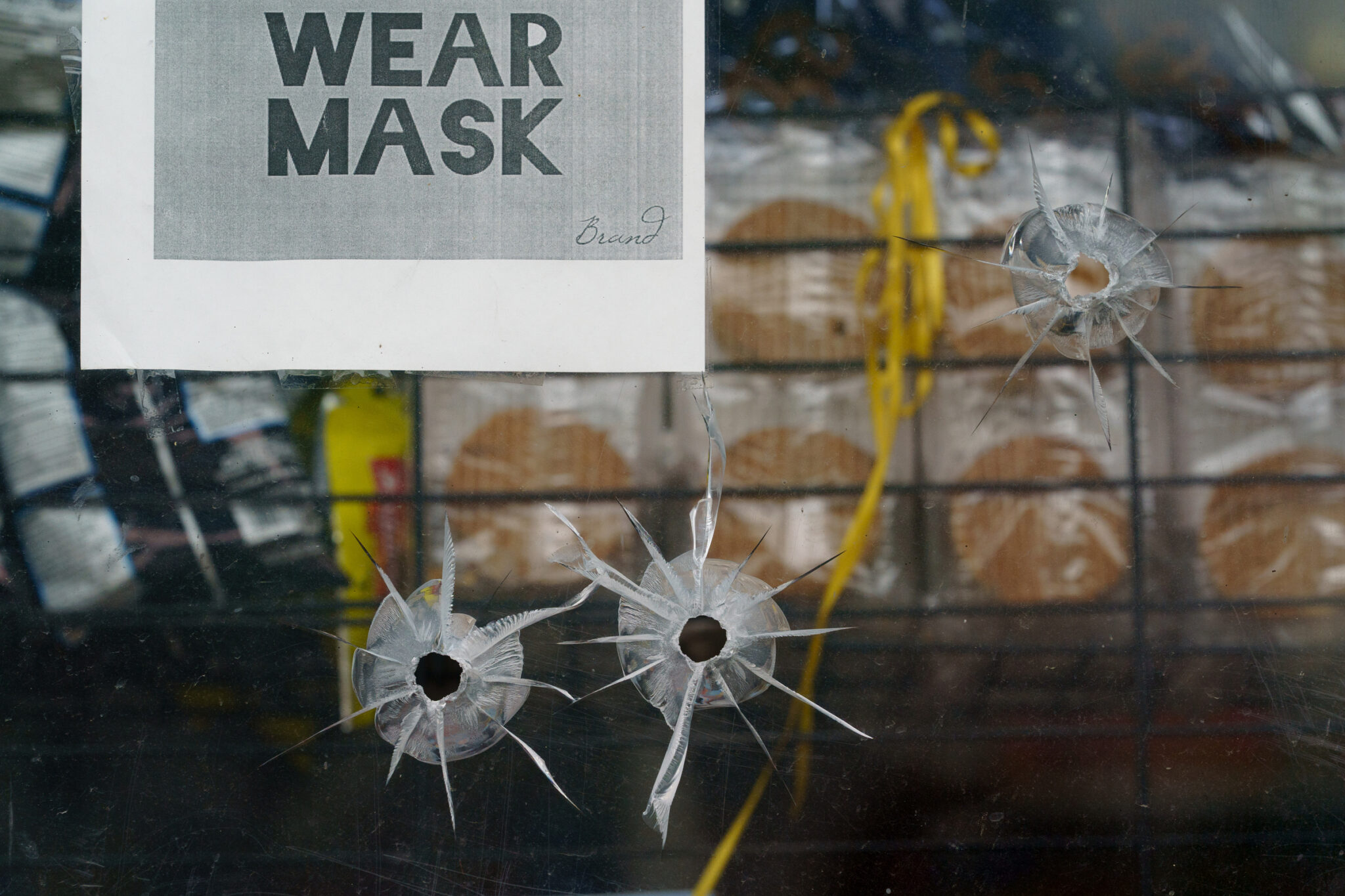 Bullet holes in the window of a small grocery store where a 1-year-old child and a man were injured after gunshots were fired into the store at 51st and Haverford in West Philadelphia on July 17, 2021. Jessica Griffin/Philadelphia Inquirer

The Philadelphia Inquirer on Monday was named a finalist for the 2022 Pulitzer Prize for Explanatory Reporting for Under Fire, an ongoing reporting series about the impact of gun violence on Philadelphia communities.

Inquirer reporters and photographers followed the families of those impacted by gun violence and the survivors who are trying to rebuild their lives and gain a semblance of peace and security. As the city surpassed its record of 500 homicides in 2021, The Inquirer showed how gun violence leaves behind a breathtaking level of fear and trauma in a handful of Philadelphia neighborhoods.

In the citation, the judges called Under Fire “a richly reported series that, with compelling writing and photography, tackled the complex roots of gun violence in the city, centering on the people and communities most affected by it.”

The staff of Quanta magazine and journalist Natalie Wolchover were chosen as the winners of the 2022 Pulitzer for Explanatory Reporting for their reporting on the James Webb space telescope. The Wall Street Journal was named the other finalist for its coverage of the 100th anniversary of the 1921 Tulsa Race Massacre.

Under Fire, the work of The Inquirer’s Investigative Team, and other high-impact accountability projects are supported, in part, by grant funding from The Lenfest Institute for Journalism. We are also grateful to the thousands of readers who have contributed by supporting The Inquirer’s High-Impact Journalism Fund. Inquirer reporting is independent from the Institute.

Local news is the bedrock of our communities, and coverage like Under Fire helps bring us together with shared narratives that elevate our most important stories. We’re grateful to journalists at The Inquirer and beyond today — and every day — for their essential service.