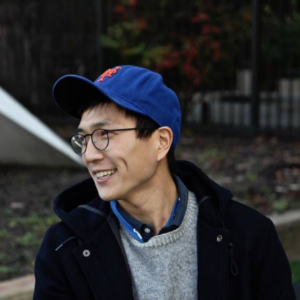 Alex Lewis is an audio storyteller and musician based in Philadelphia, PA. He’s the co-founder of Rowhome Productions, an audio production agency that specializes in making podcasts, radio documentaries, audio tours, and other narrative audio projects. Before Rowhome, Alex worked in public radio and podcasting for more than a decade, producing award-winning audio documentaries for NPR, BBC Radio 4, and many other radio stations and podcast companies. He’s a graduate of the Transom Story Workshop and Northwestern University, where he studied music. In his spare time, he plays guitar in various projects and walks his large dog around West Philly.