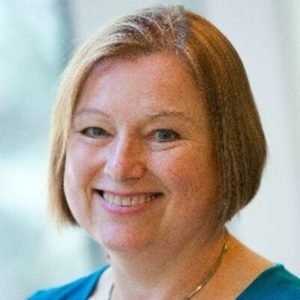 Amanda Bennett is a Pulitzer Prize-winning author, investigative journalist and editor. She was most recently Director of the Voice of America. From 2013 to 2016, she was Executive Editor, Bloomberg News, where she created and ran a global team of investigative reporters and editors. She was also co-founder of Bloomberg News’ Women’s project. She was editor of The Philadelphia Inquirer from June 2003 to November 2006, and prior to that was editor of the Herald-Leader in Lexington, Kentucky.  She also served for three years as managing editor/projects for The Oregonian in Portland.  Bennett served as a Wall Street Journal reporter for more than 20 years. A graduate of Harvard College, she held numerous posts at the Journal, including auto industry reporter in Detroit in the late 70s and early 80s, Pentagon and State Department reporter, Beijing correspondent, management editor/reporter, national economics correspondent and, finally, chief of the Atlanta bureau until 1998, when she moved to The Oregonian. She has also been a contributing columnist for The Washington Post.

Bennett shared the 1997 Pulitzer Prize for national reporting with her Journal colleagues, and in 2001 led a team from The Oregonian to a Pulitzer for public service. Projects by the Bloomberg Projects and Investigations team won numerous awards, including Loeb, Polk, Barlett & Steele, Headliners, Society of American Business Editors and Writers and Overseas Press Club Awards.

She is the author of six books including “In Memoriam” (1998), co-authored with Terence B. Foley; “The Man Who Stayed Behind” (1993), co-authored with Sidney Rittenberg; “Death of the Organization Man” (1991) and “The Quiet Room” (1996), co-authored with Lori Schiller.  “The Cost of Hope,” her memoir of the battle she and Foley, her late husband, fought against his kidney cancer, was published in June 2012 by Random House.