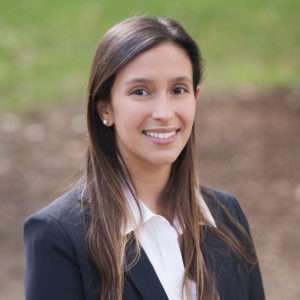 Ana Graciela Méndez is a Panamanian-American journalist, and Special Projects Editor for the Lenfest Local Lab.

After working as an investigative reporter in Panama, she co-founded Nueva Nación — a digital news platform in her native country. In 2015, she received a grant from the Brown Institute for Media Innovation to develop Nueva Nación’s El Tabulario, the first open-data repository of Panama’s public statistics for journalists, and she was appointed as a Brown Institute research fellow a year later. She has also freelanced for The New York Times since 2012. As part of a team of three journalists, she received a 2017 Gerald Loeb Award for “The New Panama Canal: A Risky Bet,” a Times investigation into the new set of locks of the Panama Canal.

Ana holds a B.A. in Political Science from Haverford College, an M.S. in Journalism from the Columbia Journalism School, and an M.S. in Nonprofit Leadership from the University of Pennsylvania’s School of Social Policy and Practice.