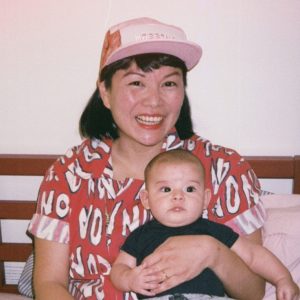 Anne Ishii is the Executive Director of Asian Arts Initiative, which has operated with a mission to “create community through the power of art” in the North Chinatown neighborhood of Philadelphia since 1993. She is Treasurer of the Philadelphia Mayor’s Commission on Asian Pacific American Affairs, Co-Chair of the Board of the Asian American Writers Workshop, and member of the Permanence Committee of the Arts and Culture Task Force, on top of volunteering her service to the field of arts and culture in the capacity of advisor and mediator. Anne is a writer and editor by trade, with a background in Japanese letters. Her work hinges on issues relating to gender and sexuality. In 2013 she co-founded MASSIVE GOODS: a lifestyle brand and arts agency representing queer and feminist artists from Japan. MASSIVE has produced multiple volumes of graphic novels and a line of clothing and accessories. She has been published in BUST, Nylon, Slate, Publishers Weekly, the Village Voice, the Philadelphia Inquirer and many other publications. She has translated and rewritten over twenty books.