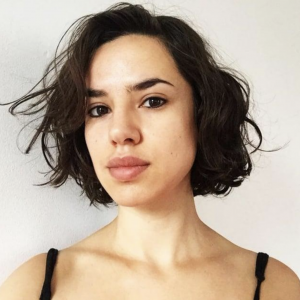 Born in Asuncion, Paraguay, Bettina Escauriza is a filmmaker, journalist, and artist based in Philadelphia. She is a natural storyteller from a family of frustrated mystics, spectacular liars, ill-fated thieves, and awful politicians. Her aim as a journalist and filmmaker is to tell stories that are lush, thrilling, and complex — whose desire is to tell the truth about the communities she comes from and those she encounters by centering narratives of joy, defiance, and resistance in the face of oppression. Her work deals with Indigenous knowledge (specifically Guarani epistemologies), colonization, autonomous practices, urbanism, and exile. Bettina does international human rights work at the United Nations, focusing specifically on the role of Indigenous Peoples and Indigenous knowledge in mitigating the climate crisis. Bettina is the Community News Producer at PhillyCAM where she works alongside community members to produce two television news shows that feature stories created by Philadelphians about their community.