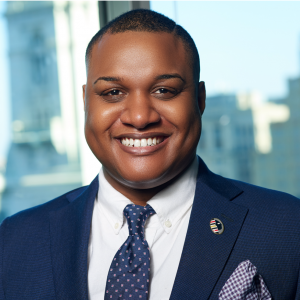 Ernest Owens is an award-winning journalist and CEO of Ernest Media Empire, LLC. He is the Editor at Large for Philadelphia Magazine and President of the Philadelphia Association of Black Journalists. He is also the host of the hit podcast “Ernestly Speaking!” As an openly Black gay journalist, he has made headlines for speaking frankly about intersectional issues in society regarding race, LGBTQ, and pop culture. In 2018, he launched his growing media company that specializes in multimedia production, consulting, and communications. His work has been featured in The New York Times, The Washington Post, CNN, and other media outlets. He has won countless honors, which includes landing on the 2020 Forbes 30 Under 30 list, winning a Sigma Delta Chi Award, and receiving the 2019 NEXT Award by the American Society of Magazine Editors. He can be found on Twitter, Facebook, Instagram, and other social media platforms at @MrErnestOwens and ernestowens.com.