Editor at Large and Co-Founder, The 19th* 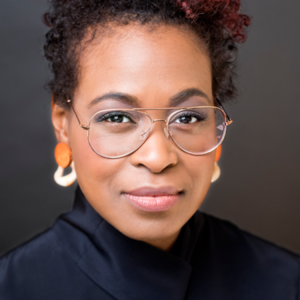 Errin Haines is editor at large and a co-founder of The 19th*, a nonprofit newsroom focused on the intersection of women, politics and policy. She is also an MSNBC Contributor.

Prior to joining The 19th, Errin was national writer on race and ethnicity for The Associated Press, offering sharp news analysis and original perspectives on current events on topics including urban affairs, policing, historically black colleges, civil rights, and the black electorate.

Errin has worked at The Washington Post, the Los Angeles Times and Orlando Sentinel. She has also contributed to numerous outlets including NBCNews, NPR, The Guardian, TIME and POLITICO Magazine.

In addition to her role as a reporter, Errin is a tireless champion for diversity in the media, advocating for more jobs for journalists of color in newsrooms, and for fair and accurate coverage of African-Americans in mainstream news outlets. From 2011 to 2015, Errin served two terms on the board of directors for the National Association of Black Journalists as the organization’s Vice President of Print.

A native of Atlanta, Errin is based in Philadelphia with her dog, Ginger.