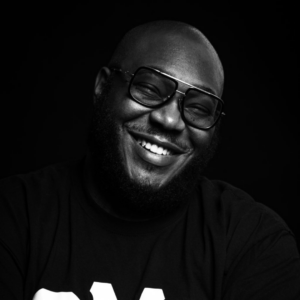 Jean-Pierre Brice was born in Brooklyn, New York on December 22, 1979, to a Chester native and a Haitian immigrant. At the age of 2, his parents moved back to Chester, PA to be surrounded by a very close knit family. Most of Pierre’s (as he is affectionately called), formal education was in the catholic schools system, as he was being groomed to be a priesthood leader, due to his loving and giving nature. At the tender age of 12 years old, his father passed away and that shook his world. Having to redefine himself, he went to the streets for solace. He attended Chester High School and was involved in sports, which sparked his desire to become a Sports Broadcast journalist. After graduation he attended Keystone College, but later left due to feeling uninspired and returned to the solace of the streets. After getting into trouble with the law a few times, he was sent to an up-state prison for an extended amount of time. That gave Pierre time to rediscover his passions and once again redefine himself as the man that everyone else saw; a motivating influencer.

In 2016 Pierre began his radio career working with PQRadio1, Purple Queen and No Q Tommy. He became a part of the No Filter show with No Q Tommy and DJ Chuck B, and then started the podcast, Revolutionary Minds with a group of like minded individuals. Having been on those shows it sparked his interest to create something that cultivated mature positivity for his city.. On September 2, 2017, CMPRadio.net was born. Bridging the gap between generations and walks of life, Pierre along with partners Joelle and Chuck B came together to shake the community up using the common language; Music, while maintaining the “we are a family” message. Two years in and the message has not changed, but grew and continues to grow. As Pierre created CMPRadio.net to be a family, by Cultivating Mature Positivity while Constantly Making Progress because he is a Chester Made Product. Pierre has accepted the challenge of his passion, which drives his purpose to motivate and inspire others to do the same. Now as “Uncle P Motiv8r,” he strives to show his community that Passion Drives Purpose.