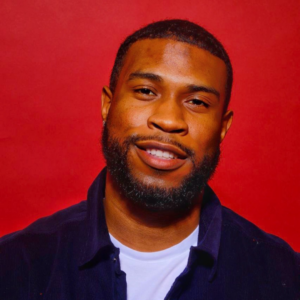 Joshua finds his passion in creating and sharing stories through all formats. He grew up in Trenton, NJ, and graduated from Villanova University in 2014. After graduation, he teamed up with his classmates to produce “Oldhead: The Series” which was popular on Youtube gaining over 2M views! He made his acting debut in “Beyond All” which was a Cannes Film Festival Short Film Selection. Joshua continues to sharpen his skills as he was the Assistant Director on “Love You Right” and created a podcast platform for upcoming creators titled “Disruptors in the Culture.” Joshua plans to keep producing original content that not only engages viewers but challenges their opinions, beliefs, and points of view.