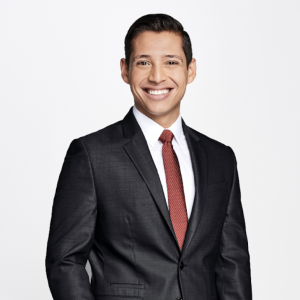 Miguel is a bilingual reporter for NBC10 and Telemundo62. He is also the current chapter President for NAHJ Philadelphia

As a reporter, Miguel has had to cover difficult stories including the Covid pandemic, and the tragic Las Vegas shooting in 2017 and Parkland shooting in 2018.

Miguel earned a bachelor’s degree in Journalism from Michigan State University and has been recognized with several regional Emmy’s. Miguel comes from a supportive Mexican family. He is passionate about LGBTQ issues, immigration, and expanding positive representation for people of color on television.

When Miguel is not on the news, he enjoys traveling, hiking, going to brunch and listening to podcasts.