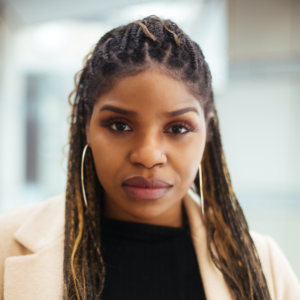 Sofiya Abena Ballin is a Caribbean-American and award-winning journalist and producer. Ballin spent 3 years at the Philadelphia Inquirer covering arts, culture, and identity in Philadelphia. In her tenure, Ballin has covered Black Lives Matter protests in the city, interviewed celebrities, politicians, and thought leaders. She has written for Huffington Post, Washington Post, The Philadelphia Inquirer, Essence and FADER. She has worked as a producer for the New York Times, The Brooklyn Nets, The ACLU and global retailer, Aerie.

Ballin is also the creator of the award-winning Black History Untold project, an identity series that explores the importance of a comprehensive Black history through powerful and personal interviews. The project has grown into a successful film series. She has become a testament to the power of Black media makers taking control and owning their work.

Ballin is a lover of culture and identity and takes every opportunity to interweave the elements of what makes us who we are into the fabric of her work. Ballin is dedicated to the work of telling the stories of others, that might otherwise be overlooked, in the midst of writing her own.