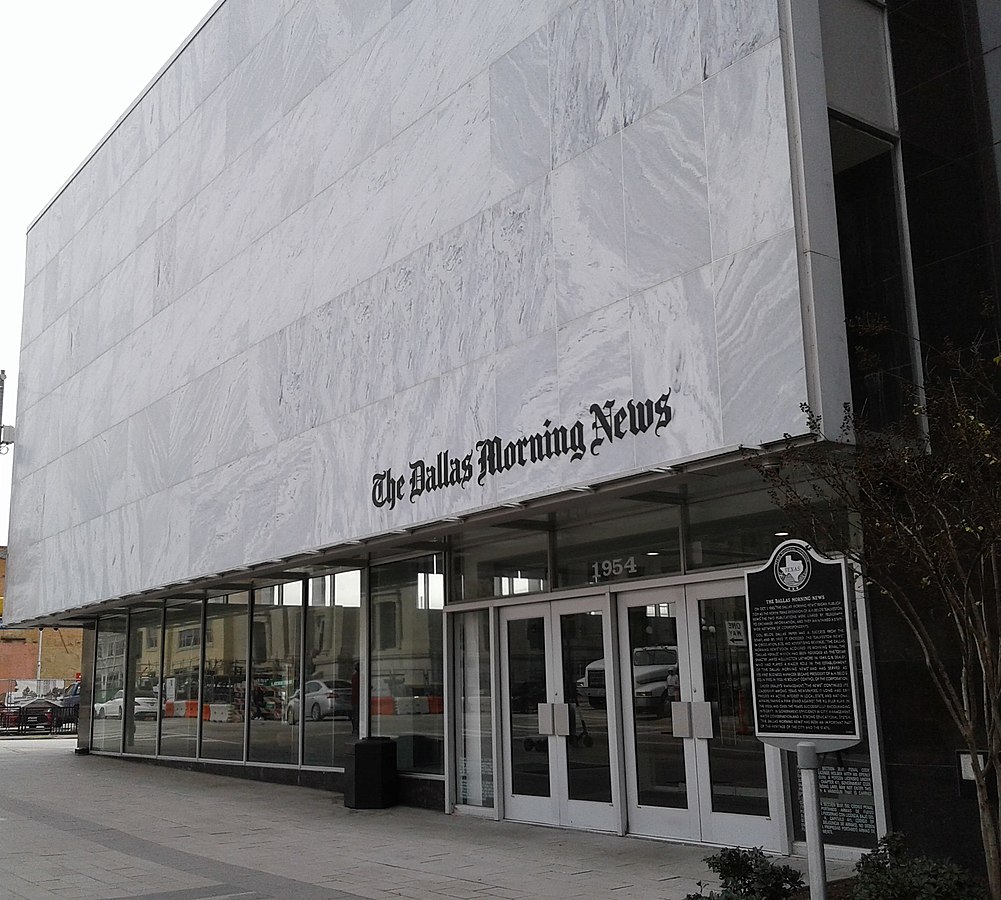 When’s the last time that you checked off something on your bucket list? If you live in the Dallas area, chances are that it just became a lot easier to do so, thanks to The Dallas Morning News. Want to discuss the NFL Draft with a three-time Super Bowl-winning running back? No problem.

A select group of Dallas Morning News subscribers got to meet Emmitt Smith, the Cowboys’ hall-of-fame running back, last year at an exclusive NFL Draft party hosted by the publisher as part of Plugged In, its subscriber loyalty program.

The News uses Plugged In to drive interest and establish relationships with its most engaged consumers, its subscribers.

Plugged In is centered around biweekly newsletters, through which subscribers are rewarded with various perks like ticket giveaways, unique experiences, and the opportunity to attend member-exclusive events. New Dallas Morning News subscribers are automatically added to the newsletter list. Subscribers are also invited to join a subscriber-only Facebook group where they can chat with The News staffers and also learn more about events and rewards.

Leslie Lauhon, The News’ director of loyalty and retention, spoke about Plugged In during a recent webinar for participants of the Facebook Digital Subscription Retention Accelerator. Over the course of the program, participants meet for in-person sessions and webinars, share lessons and tackle projects aimed at improving subscriber retention.

Members who have won tickets or attended events are 48% more likely to retain their membership compared to those who only receive the newsletter, according to an internal analysis conducted by The News.

Member-exclusive events are among the most-engaging aspect of the publisher’s Plugged In program. The News put on 50 events last year, with an 80% successful RSVP rate. It expects to expand that number to more than 75 events this year.

The News thinks of events in three different categories: low-effort, medium-effort, and high-effort:

Not every event needs to be a flashy or expensive affair. These smaller-scale events are important because they’re intimate and relatively easy to execute.

Some examples of smaller events that The News has presented include:

The marketing team saw an opportunity to create an event around an already-existing asset, turning it into a movie screening and Q&A. Coupled with theater-esque refreshments and giveaways, there’s a lot of room for creativity here.

These lower-level events allow members a more intimate look at the newsroom they support and allows them to feel more connected to it. These typically entertain 20 to 100 people.

The newsroom expressed some initial concerns about the program related to the ethics of the barter and advertising agreements and the level of effort behind these initiatives. But the marketing and newsroom teams addressed these concerns together in partnership over time. They began to share connections through collective brainstorming and were inspired by positive feedback from subscribers. While the newsroom collaborates on the projects, all business dealings were handled by the marketing team.

“We did this by building relationships. We got to know the journalists. We would go out of our way to walk through the newsroom on our way to our floor, which is a different floor from theirs,” Lauhon said.

Now, the newsroom comes to the marketing team with many ideas. In fact, many of the ideas presented above were newsroom-generated and the newsroom covers some of the events, which helps to build excitement and awareness.

Some examples of medium-level events that The News has presented include:

Medium-level events offer the opportunity to partner with other organizations and give members extra value that the newsroom itself can’t fully provide. While these sponsorships often add more complexity to the event, they can become more interactive and unique experiences.

It can still be a challenge though to attract sponsors.

“Don’t be fooled, event sponsorships are hard to get,” Lauhon said. “We prepare one-sheet documents and descriptions talking about the kind of exposure advertisers can get. We share that early and often with our sales team, but we still struggle to find the right partners because it’s usually a small, targeted audience. So, we’re actively trying to figure out the formula.”

The highest-level events are the most complex to present, with many different parts and variables surrounding them. Between working with sponsors, managing sign-up logistics, and directing your team, these events will keep you pretty busy. But the payoff can be worth it.

The News often charges people to attend these larger high-effort events. Tickets can cost up to $50 each. But it will also have different member and non-member prices, which highlights the value of subscribing.

Most of the premium perks and sponsorships are obtained through bartering. In exchange for benefits and unique services, advertisers are given visibility throughout The News’ newsletters, which have a 26% open rate.

“This wasn’t always the case for us. When I started here almost four years ago, subscribers didn’t have a seat at the table for barter. Our sales and advertising teams would use most of the assets to entertain their clients, or in some cases, themselves. So we set out to change that”, stated Lauhon.

Member rewards have become a priority at The News and Lauhon advises that other newsrooms follow suit. It’s about analyzing where best these perks could be used, and for many, “exclusive experiences” for members is the answer.

This pitch can take time to digest within the team, so it’s important to stay patient and focused on the overall mission in these dealings.

Some examples of larger events that The News has put on include:

These kinds of functions can expect upwards of 500 attendees, depending on your specific capacity, with sell-out potential being pretty reachable. Such events are the kind of bucket list programs that keep member interest constant.

Ultimately it’s about loyalty, and members will sometimes share their appreciation with The News. As one thankful subscriber put it, “Because of the generosity of the DMN & Plugged In, I am able to put a big check mark beside ‘attend the Jimmy Buffet concert’ on my Bucket List. Yes, I have subscribed to the DMN for 43 years.”

In response to the subscriber, Lauhon said that “it gets to the core of the mission and objective of the Plugged In program, which is to create an emotional connection with our members and access to opportunities that they can’t get anywhere else.”