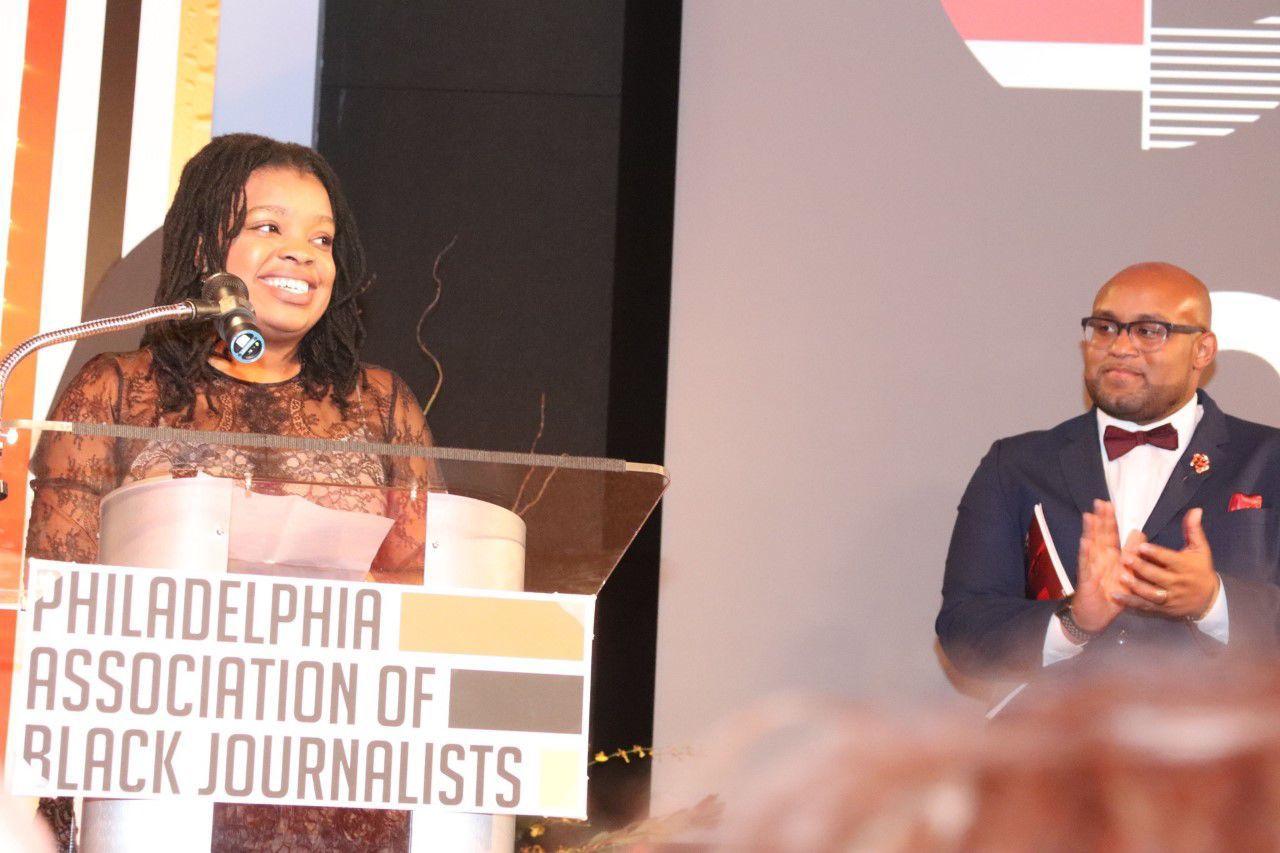 PHILADELPHIA (November  4, 2019) — Continuing its investments in  diversity and entrepreneurship in Philadelphia’s news ecosystem, The Lenfest Institute for Journalism announced a $50,000 grant to support the continued growth of the Philadelphia Association of Black Journalists (PABJ). The local group, representing nearly 200 journalists and media creators in the Delaware Valley is the founding chapter of the National Association of Black Journalists and one of the largest chapters in the United States.

The funds are a general operating support investment to PABJ intended to accelerate the chapter’s growth and its pathway to sustainability. Both organizations have been partners in innovative initiatives around community engagement, journalism entrepreneurship, and cutting-edge training opportunities aimed at empowering and elevating the Philadelphia area’s Black journalists..

“PABJ’s members truly believe that our communities are best served when we own the stories told for and about us. This additional support from the Lenfest Institute will allow us to continue developing, training and supporting world-class Journalists in and from the Philadelphia area who wish to expand authentic and accurate stories that affect us on every platform,” said PABJ President Manuel McDonnell-Smith, Northeast Region Assignment Editor for NBC News.

“The Lenfest Institute is honored to partner with the Philadelphia Association of Black Journalists. The PABJ supports journalists of color to advance in their careers and to build equitable news media businesses. The Philadelphia chapter of NABJ  is among the largest and most high-impact in the nation. The PABJ benefits all of Philadelphia, helping assure that the city as a whole has the diverse, equitable and representative news coverage it needs and so richly deserves,” said Jim Friedlich, Executive Director & CEO of The Lenfest Institute for Journalism.

The $50,000 grant represents an expansion of the Lenfest – PABJ partnership that began in January 2019 when the Institute established a two-year residency at the “Pipeline Philly” co-working hub for the chapter. This enabled PABJ to expand meeting, training, and operational capacity while specifically encouraging collaboration between entrepreneurs. Total operating support for PABJ and its members from the Lenfest Institute has exceeded $70,000. These funds cap one of the chapter’s best-ever local fundraising drives which raised a record amount of support from the largest group of community and business support in recent years.

PABJ’s Leadership Team is working on final arrangements around the grant, unveiled as a surprise at its annual awards and scholarship Gala on Saturday, November 2. The chapter will roll out its agenda of expanded programs, trainings, and workshops in January 2020.

About the Lenfest Institute for Journalism

The Lenfest Institute for Journalism is the first-of-its-kind non-profit organization whose sole mission is to develop and support sustainable business models for great local journalism. The Institute was founded in 2016 by cable television entrepreneur H.F. (Gerry) Lenfest. Lenfest gifted to the Institute an initial endowment of $20 million, which has since been supplemented by other donors, for investment in high-impact journalism; news technology and innovation; and diverse, growing audiences. Lenfest also gifted his ownership of The Philadelphia Inquirer to the Institute, and it now serves as a live lab for its innovation efforts. For more information, visit lenfestinstitute.org

About The Philadelphia Association of Black Journalists:

The Philadelphia Association of Black Journalists (PABJ) is a non-profit organization dedicated to the development of journalists, students and media-related professionals and to the promotion of diversity in the media. Formed in 1973, PABJ is the founding chapter of the National Association of Black Journalists (NABJ) and with over 100 full & associate members, is one of the largest  Professional NABJ Chapters in the nation. For more information, visit www.phillyabj.org.