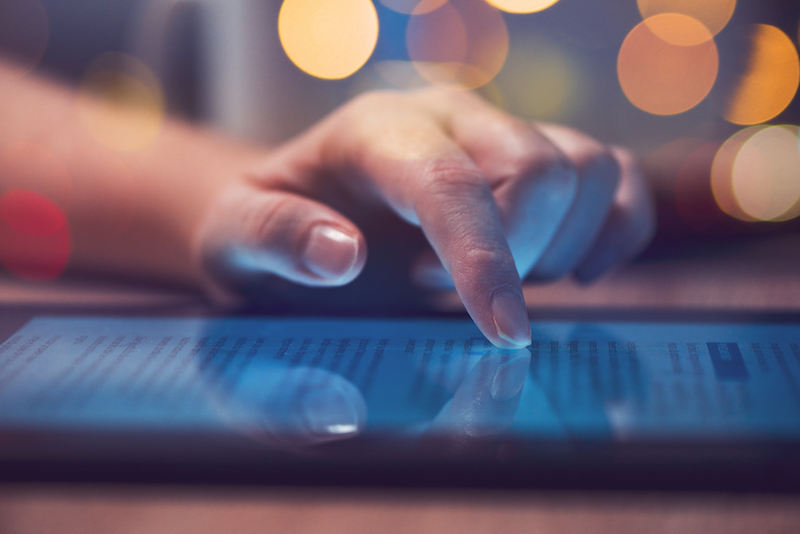 It’s been awhile. I know we’ve all had a busy few months, and with everything going on, I’ve had to pause Solution Set for a bit.

I’m working with my colleagues at The Lenfest Institute to report and write new case studies, but in the meantime I wanted to share a few new reports from some friends that I know you’ll find valuable. These each touch on core themes of Solution Set, such as revenue generation, community engagement, and product development.

If you keep scrolling you’ll find:

We’ll be back in a few weeks. As always, please feel free to reply to this email with any questions, comments, or story ideas.

By Emily Roseman for Blue Engine Collaborative on behalf of INN

This case study was originally published by INN.

Here are the five things you should know about why The Rivard Report has been so successful at generating earned revenue:

1. It creates custom hybrid partnership packages based on client needs. The Rivard Report team works with each client to craft a tailored package that directly addresses their client’s needs. This package could include a range of elements including “flat rate” advertising (as opposed to CPM-based advertising), event sponsorship, and business membership. This method of “consultative selling” is a sales process that prioritizes relationships and open dialogue to identify and provide solutions to a client’s specific needs.

3. It has built a relatively large and loyal audience. With a base of 20,000 total email subscribers, 300,000 average monthly site visitors and a hefty following on social media platforms, The Rivard Report has several channels to monetize. We’ll get more into each platform later, but know that each is centered around high-quality journalism and has an engaged following.

4. It invests in business talent and comprehensive workflows. Each of the team’s five business development leads brings a unique skill set, and the team has established a clear workflow and process for coordinating their different offerings (advertising, events, business membership) while working with clients.

5. The team carefully maintains ethical boundaries between client and newsroom activities. In order to avoid any confusion with clients, The Rivard Report clearly articulates its ethical guidelines for advertising and sponsored content on the site.

How Conexión Migrante became a switchboard for Latino migrants in the U.S.

This article was originally published by the Membership Puzzle Project

When Patricia Mercado decided to launch Conexión Migrante in 2016, she knew it would be a newsroom focused on providing information to the Mexican migrant community in the U.S. Watching the U.S. election campaign, Mercado anticipated that Mexican migrants in the U.S. would need their own news source to navigate immigration policy changes, and launched Conexion Migrante on Nov. 8, 2016 – the day President Trump was elected.

“We started Conexión Migrante with the notion that migrants had nostalgia about their roots, about what was happening in the places they left. Basically lots of information about Mexico, or whatever Trump said. We thought that was something they would value,” Mercado recalls.

But in spring 2017, they received a Facebook message from a Mexican migrant who wanted to know how to get a Mexican passport for his son, who was born in the U.S. The father was worried that immigration policy changes would force him to return to Mexico and he wanted to be prepared.

“We found the correct answer for him and said, ‘Maybe it’s a good idea to write a story about it.’ That became Conexión Migrante’s first story ever to reach 1,000 page views. Before that, only friends and parents visited the site,” Mercado says.

The success of that story revealed a new strategy to Mercado and her team – letting migrants’ questions set the editorial agenda. Today, those questions are the main source for story ideas and Conexión Migrante rarely publishes a story that doesn’t originate with a question from the community.

The core of Conexion Migrante’s work has little to do with nostalgia anymore, and more and more to do with the future of Mexican immigrants in the United States at this tumultuous moment.

This means that the questions they get and the traffic numbers on their articles are often an early indicator of problems that will become headlines in the U.S. weeks later. Long before American newsrooms began covering the impact of coronavirus on migrant farmworkers, Conexión Migrante was receiving calls from migrants working in agriculture who were concerned about protecting their health.

The Lab is launching these newsletters to explore ways that publishers can use automation technology and a collaborative approach to providing communities with more targeted and trusted news and information about their neighborhoods.  We’re testing these newsletters to learn how publishers can build trust and loyalty with a community, which plays a role in the long-term sustainability of local news.

Each week, The Hook will include curated news stories about Fishtown from various sources including The Inquirer and Star News, information about safe in-person and virtual community events, neighborhood real estate listings, information from local community groups, and more. Photographer Jaime Alvarez, who runs the Instagram account @fishtowndaily, is also contributing his neighborhood photography to the project.