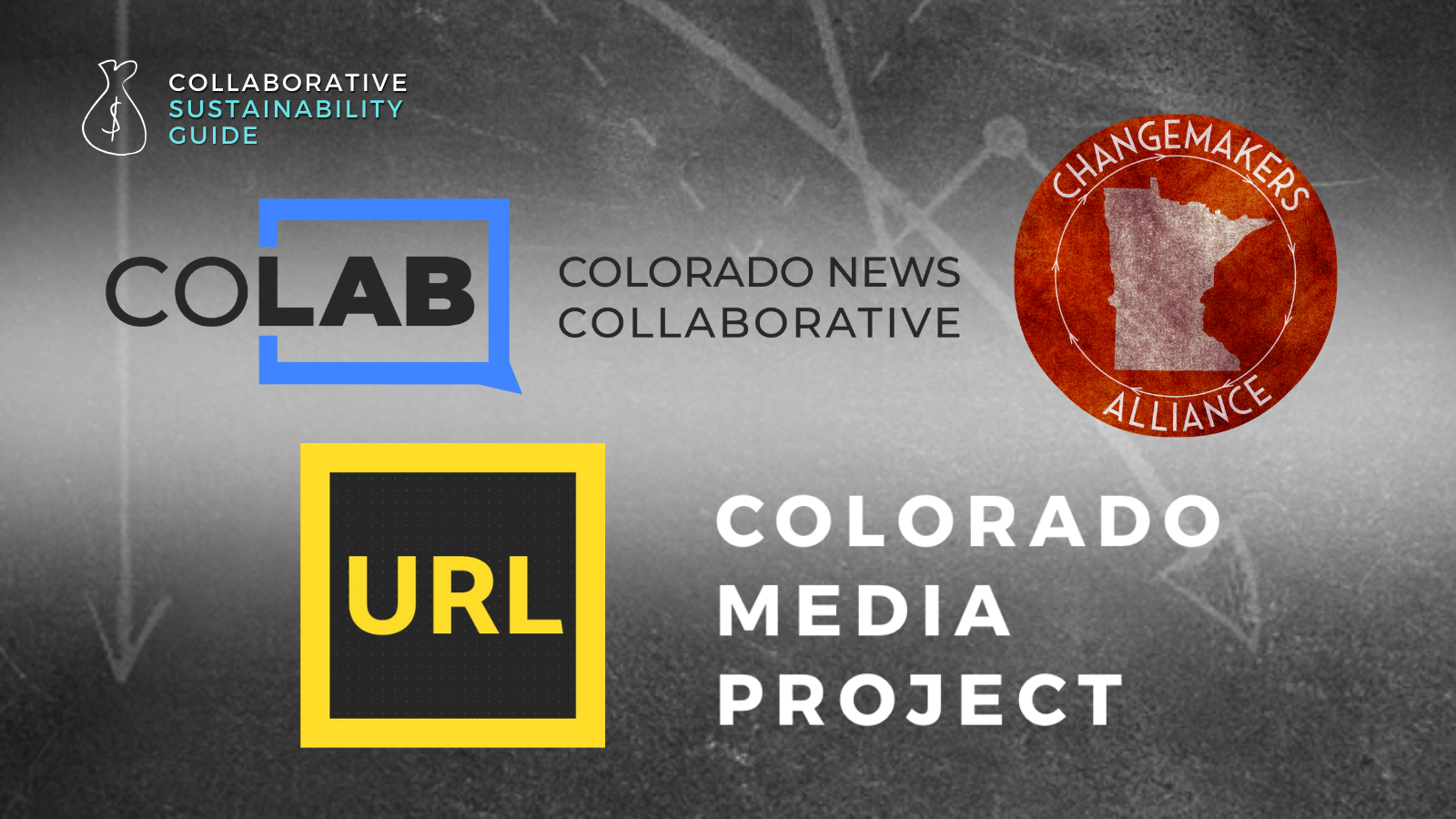 Minnesota Women’s Press, which started in 1985, is a print and digital platform serving 25,000 monthly readers, launched Changemakers Alliance, a collaborative media spinoff for its most engaged audience members, in January 2022.

“We want to highlight the women who are working on transformational solutions,” said Mikki Morrissette, Minnesota Women’s Press publisher and editor. “The question was, how do we get more people involved in what we’re covering, and how we’re covering it?”

Changemakers Alliance hosts monthly Zoom conversations connecting women statewide involved in solving problems in their communities. Conversations so far in 2022 have focused on statewide housing needs, the issues of stigma and addiction, northern Minnesota environmental politics, and Indigenous speakers sharing insights about healing from the trauma of gender-based violence. Other conversations in progress include a series about the general strengths of women’s political leadership, LGBTQ+ health, a Values and Vision book discussion group, and immigration and family identity. A future collaboration will focus on defusing toxic masculinity. Conversations lead to multimedia stories.

Why is Changemakers Alliance an experiment worth watching?

The effort benefited from strong brand awareness among existing audience members, who knew and trusted Minnesota Women’s Press. The collaboration is also piloting a unique relationship between traditional media and community storytellers and advocates. Coming up, Morrissette hopes to offer members-only conversations, paired with multimedia storytelling, to incentivize participants to donate. In April 2022, Changemakers Alliance hosted its first in-person event with members, “Celebrating Badass Minnesota Women,” featuring talks with 11 women from around the state talking about their passions.

Colorado Media Project is a nonpartisan philanthropic initiative that supports people, projects and organizations working to build a healthier, more equitable, solutions-focused local news and information ecosystem for all Coloradans.

CMP is one of the core sponsors for the Colorado News Collaborative, or COLab, a statewide hub for journalism resources and ideas in Colorado. Since 2020, COLab has led editorial collaborations on mental health, equity and water, sponsored diversity, equity and inclusion initiatives and managed a year-end matching grant program for local Colorado newsrooms.

The Colorado News Collaborative’s revenue model itself is collaborative. “From the beginning, we were looking for a three-part revenue model,” said Melissa Milios Davis, CMP’s director and the vice president for strategic communications and informed communities at the Colorado-based Gates Family Foundation, one of the founding funders of the Colorado Media Project. “A key question from the beginning was: How can philanthropic funding be just one of the revenue sources of COLab?”

While Gates Family Foundation and other Colorado and national foundations provided the largest share of funding to launch COLab, individual donations and support from Colorado newsrooms themselves also play an important role. The Colorado Press Association contributes to COLab from its own membership fund, Milios Davis said, and The Colorado Independent, a nonprofit news outlet, provided funds raised through individual donations.

In addition to playing a role in launching COLab, Colorado Media Project has helped local newsrooms test several new revenue streams since 2018, including an experiment with shared membership revenue supported by the Membership Puzzle Project. In 2019, CMP recruited local funders to support Colorado Public Radio’s acquisition of the digital news site Denverite. In 2020, Colorado Media Project, COLab and The Colorado Sun worked with the National Trust for Local News to support the purchase of 24 weekly and monthly newspapers, keeping them in local hands.

Why is Colorado Media Project an experiment worth watching?

One revenue experiment has stood out for its scope and sustainability among partner newsrooms: the annual “#newsCOneeds” crowdfunding campaign. Each year, CMP provides matching grants to nonprofit and locally owned for-profit newsrooms, along with funding one-on-one coaching in fundraising. COLab organizes the program, which includes a series of trainings with the News Revenue Hub to help newsrooms plan and execute their campaigns. This program is modeled on the Institute for Nonprofit News’ national NewsMatch campaign, with a few tweaks to fit the local Colorado landscape.

The initiative began in 2018, when CMP convened seven Colorado news organizations to discuss an idea that seemed implausible at the time: a joint fundraising effort that would require coordination across their previously competing news organizations. The vision was big: “What could we do to make this not just an individual fundraiser for your newsroom, but make a statement that we care about journalism and we care about each other?” Milios Davis said.

The news partners created a co-signed letter and a one-day campaign to test the message. Gates provided a $2,500 grant in matching funds to each newsroom. That first year, they raised nearly $50,000 from about 300 people in a single day.

The next year, the project grew to include more partners and larger, $5,000 matching grants from CMP, which pooled funds from three Colorado philanthropic institutions — Bohemian Foundation, Gates Family Foundation and Rose Community Foundation. Today, the #newsCOneeds campaign lasts an entire month, features a shared website, and in 2021 helped bring in more than $700,000 for 25 news partners.

“I hope a lot of foundations or place-based donors will think about doing this, and creating a program that can accommodate small, locally owned for-profit newsrooms,” Milios Davis said. “The program is really tailored for local ownership. The message really has to be true, and help them in saying: Your local dollars are going to sustain this local business, this local newsroom.”

URL Media is a network of 12 Black- and Brown-owned media outlets. Founded in 2021 by WURD Radio President and CEO Sara Lomax-Reese and Epicenter NYC Publisher S. Mitra Kalita, URL Media is a network of BIPOC-owned and -led media organizations with a goal of promoting publications serving communities of color. The 12 participating organizations, located around the United States, share reporting and distribute one another’s work, and URL Media sells advertising and sponsorships across the network. Partners include:

It is a for-profit company that generates revenue through sponsorships, advertising, syndication and partnerships externally and internally. Revenue is shared with the 12 partner organizations.

“The advertising revenue is distributed to the partners based on participation in advertising deals,” Kalita said in an email. “However, philanthropic funding has been vital to getting its operations up and running.”

Unlike other journalism collaborations, URL Media chose a business development role, not an editor, for its first hire. It recently brought on board its first vice president of ad sales and a director of operations to build out its revenue streams. In addition to advertising, URL Media runs a recruiting and coaching service that focuses on “diverse talent and excellence.”

“We initially focused on business-side hires, as our model is based on amplifying the content of our partners and connecting them to earned media and advertising opportunities,” Kalita said. “We have also been overwhelmingly successful in our efforts to center diversity in mainstream media through executive recruiting and coaching. We are currently in the process of expanding our team in editorial- and audience-focused roles to amplify the great work of our members and to create original URL content.”

Why is URL Media an experiment worth watching?

URL Media is centering publications that serve communities of color. Through collaboration, it’s helping them access resources and scale that they would not be able to reach on their own. Notably, URL Media is a for-profit organization, which prioritizes sustainability for its member publications.

“[We] … believe in wealth creation for our communities, our staff, ourselves,” Kalita said.

Lomax-Reese said, “We do not believe Black and Brown people should only be affiliated with charity, hardship and news about struggle.” She added: “We also want to approach storytelling and community building from a place of joy, triumph, even laughter. Finally, we are realists: In order to make a difference in a capitalistic world, it takes a lot of money to create a large impact.”