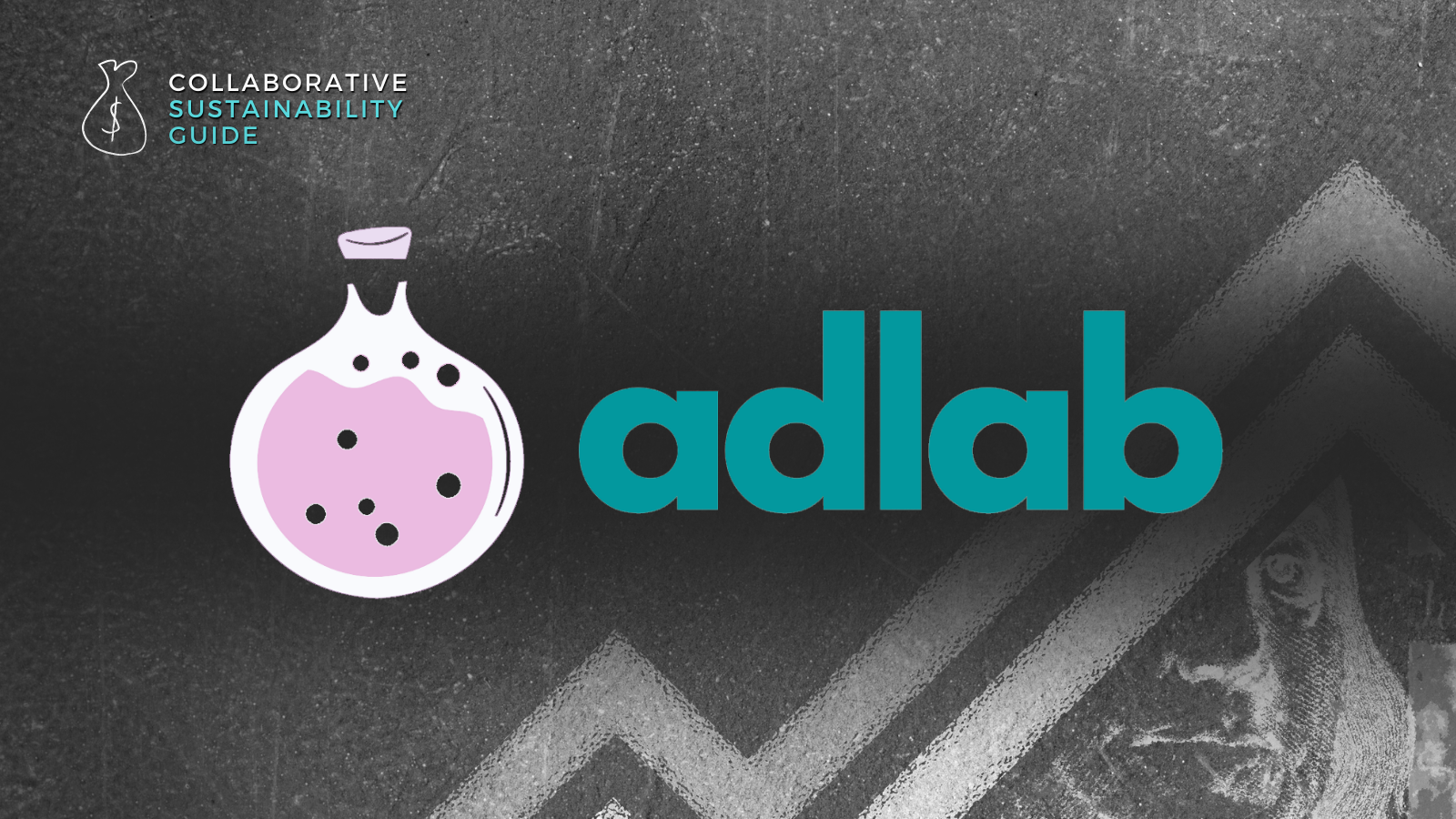 As local newsrooms seek ways to sustain themselves economically, a number of organizations across New Jersey have taken a new approach to a familiar revenue stream: advertising. Instead of each newsroom spending scarce resources selling digital ads for its website, this approach involved collaboration via a shared sales representative.

The New Jersey Ad Lab was an initiative of the Center for Cooperative Media at Montclair State University, which works to strengthen local journalism across New Jersey. The Center houses the NJ News Commons, a cooperative of more than 300 news organizations across the state, many of which are startups and hyperlocals.

“Many times they’re journalists who are starting their own news organizations, [but] they don’t have those business skills or they don’t like selling advertising,” said Stefanie Murray, the Center for Cooperative Media’s director.

For small newsrooms strapped for resources, the shared advertising model could be a win-win, allowing them to use the collaborative’s resources to sell ads and generate advertising revenue with minimal investment.

For many years now, shared advertising initiatives have been on the wish list for news organizations in the NJ News Commons. In 2014 and 2015, the Center hosted a sales academy where sales professionals coached members on how to effectively bring in revenue through advertising sales. In recent years, members wanted a shared sales representative who could help get digital advertisements for the local news websites.

In 2018, the Center for Cooperative Media raised $30,000 in seed funding for a shared ad network initiative from the New Jersey Local News Lab Fund. (The fund is a partnership of Democracy Fund, the Geraldine R. Dodge Foundation, the Community Foundation of New Jersey and other local stakeholders.)

In 2019, the Center started holding conversations to more concretely plan how a shared sales network model could work. By February 2020, the Center had presented a plan about this pilot program to News Commons members. But as the coronavirus pandemic swept the nation that spring, the idea was put on hold.

By 2021, the Center was ready to resume work on the project. One key factor was finding a neutral, third-party host organization with advertising expertise that could launch this revenue stream. The Center vetted a few potential candidates and chose Broadstreet, a New Jersey-based advertising management company that works with news and magazine publishers. Years before, Broadstreet had tried a regional sales network approach on its own, so knew what was likely to work and not work with this model. Among the lessons: Pricing should be uniform across the network — Broadstreet would determine the CPM (cost per thousand impressions) to land between $7 and $15; ad positions would need to be dedicated in the top halves of publishers’ websites; and campaigns could not be vetoed. Reaching agreement on the structure of the project, called Ad Lab, took multiple Zoom calls and one in-person meeting with participants to hash out the details. At least one organization opted out because it didn’t want to follow the CPM sales model.

The Center’s seed funding supported a pilot program for three months. Approximately $10,000 was spent on training to get participating News Commons members on the same page about ad sales, about $10,000 for the independent contractor sales representative’s labor and about $10,000 for administrative costs, including legal fees.

The key to making the shared model work, according to Broadstreet CEO Kenny Katzgrau, comes down to hiring the right sales representative.

“You need someone with local relationships in any place that you’re going to set this up in,” Katzgrau said. “I have a hard time thinking you could basically parachute somebody into a new city who’s unfamiliar with it and make a model like that work.”

That’s why Katzgrau hired Annette Batson, a digital ad sales consultant who is well-connected in local New Jersey communities. Batson worked with the team on a part-time basis and was already known to most of the hyperlocal news organizations because she had served as a sales academy trainer in the past.

The Center for Cooperative Media launched the Ad Lab initiative in June 2021.

Efforts began with Broadstreet hosting an onboarding session with members. Getting the project off the ground required cooperation from each of the 16 participating newsrooms. They had to be members of the NJ News Commons, agree to the CPM sales model and share audience traffic information, as well as implement a piece of code on their websites in order for the digital ads to display — a technical challenge for some of the members. For publishers that needed help, Broadstreet added the code for them or provided detailed instructions on how to do it.

After this setup process, Batson started selling digital advertisements in the fourth quarter of 2021. A single email thread kept everyone in the loop and generated excitement after each sale was made, Murray said.

“When they saw some good names coming through, that really made people think, ‘Whoa, I think this is actually possibly going to work,’” Murray said.

Throughout the pilot program, Batson worked approximately five to eight hours per week and signed on six ad campaigns, including a travel agency, the Hoboken Arts & Music Festival, the Montclair Film Festival, The Newark Museum of Art, and the Mayo Performing Arts Center — all advertisers with a statewide or regional target audience. The revenue across 16 publishers amounted to $9,000.

The key, according to Katzgrau, was to make a solid case to businesses: While these hyperlocal publishers don’t necessarily have scale for reaching people, they are highly visible to niche audiences.

“What we could do is deliver fewer impressions that were really highly visible,” Katzgrau said. State or regional advertisers are ideal to approach, he added, because they need niche audiences they can’t necessarily reach as effectively via traditional advertising channels. Something like a statewide film festival, for example, could be a good fit.

“Given that we only had three months and advertiser budgets are typically set at the start of the year, we still managed a lot of great sales conversations and worked our way in with some wins,” Katzgrau said. “The initial startup phase is always the slowest moving, because you’re a virtual unknown to advertisers. It was a definite success, although without context, it probably wouldn’t be clear from the final numbers.”

On average during this fourth-quarter period, the 16 newsrooms generated an average of $562.50 per website, but individual results varied based on digital traffic. Four sites received $1,000 or more out of the $9,000 total. One newsroom made only about $20 because it was late in adding the code to make the ads display on its site. The digital ads as a whole got 1.4 million impressions online, with a 0.1 percent click-through rate.

Murray said after newsrooms got over the initial hiccups, the partners mostly felt it was very easy to participate in this program. Any revenue they generated from such a light lift was a win for them, she said.

While the Center considers the short-term pilot for this shared advertising network successful, the way forward is dependent on external funding.

The $30,000 seed funding was a good proof of concept, but Murray hopes to raise upward of $100,000 to provide at least a year of operations. After that, Murray believes the Ad Lab could be sustainable on its own. Broadstreet estimates the Ad Lab network could turn a profit of more than 10 to 15 percent a year.

Murray said she is actively seeking and pitching external funders to support the Ad Lab. But while the New Jersey model worked, she said many funders are apprehensive about supporting advertising projects.

While most of the participating newsrooms found it relatively simple to join the program, Katzgrau said there are certainly challenges working with some newsrooms, including limited technical knowledge and occasional resistance to going all-in with advertising opportunities. For example, in the past, one publisher Broadstreet worked with said it would never display ads from major chain businesses and preferred only mom-and-pop-type ads. That wasn’t an issue this time, however, because the publishers set the ground rules from the start, Katzgrau said. Another challenge: Many hyperlocal publishers are sustained by one or two people on a daily basis, who must divide their attention among the many demands of running a local news operation.

Given the limited budget and tight timeline of the New Jersey Ad Lab pilot, Katzgrau believes it worked out pretty well. In the future, he thinks it will be important for publishers to make themselves known before advertisers draw up their marketing budgets. If the Ad Lab had a longer duration, Katzgrau believes it would have had a greater return on investment. He would also recommend paying the salesperson a base salary and commission, instead of an hourly wage.

Whether this model could translate to other regions or states around the country would depend on hiring the right salesperson who has business relationships in the area, according to Katzgrau. In this case, Batson was effective in New Jersey because of her local expertise and connections.

The New Jersey Ad Lab’s initial efforts to take a fresh approach to advertising provided an additional source of revenue for local newsrooms that are urgently seeking more streams to stay afloat.

“Something that we’re talking about is how to promote sustainability for local newsrooms and help them to find new revenue streams,” said Cassandra Etienne, the Center for Cooperative Media’s assistant director for programming and membership. “So it seems to have worked out for everyone who took part.”