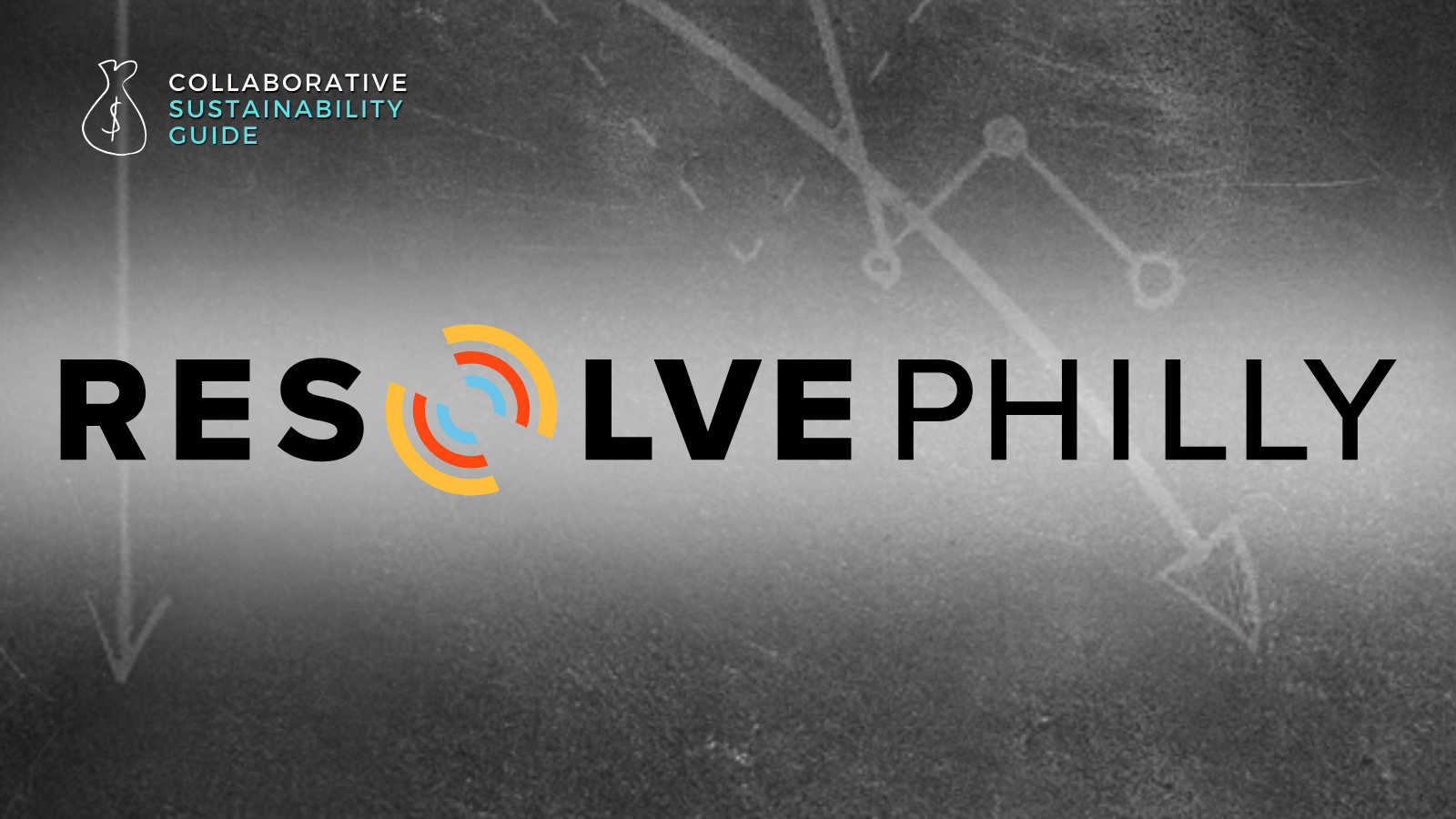 Philadelphia is a city of neighborhoods, and their stories often go untold.

They are the stories of traditionally marginalized groups such as the formerly incarcerated, the impoverished and others whose voices aren’t always heard, and one place they are told is Resolve Philly. Through such projects as Broke in Philly and Equally Informed Philly, Resolve partners with more than 25 news organizations, including WHYY, Love Now Media and WURD Radio.

Resolve Philly has its roots in a Solutions Journalism Network-sponsored collaborative called The Reentry Project, a 15-newsroom group that produced 200 stories focused on people returning to their communities after being incarcerated and the issues they faced in readjusting. The Reentry Project was so successful in 2017 that it evolved into a standalone nonprofit organization, Resolve Philly, in 2018.

Resolve is often cited as one of the most successful collaboratives in the United States. While it remains a hub for collaborative reporting, that is no longer its sole function. The organization’s main goals are to improve journalism, equity and communication in Philadelphia. It’s branched out to include projects such as Shake the Table, a long-term initiative to hold elected officials accountable, and Reframe, an effort to help journalists better report on misrepresented and underrepresented communities.

Resolve is also known for its revenue success to date. Over the last four years, it has brought in enough money to grow into a team of 18 people managing a half-dozen projects.

Resolve was initially funded through foundation grants designated for the work of the collaborative. Foundation funders today include the John S. and James L. Knight Foundation, The Lenfest Institute for Journalism, the Independence Public Media Foundation and the Ford Foundation. In the past, Resolve has also received money from the News Integrity Initiative and The Philadelphia Foundation. Grant amounts have ranged from $20,000 to $1 million.

Resolve still relies heavily on foundation grants, said Jean Friedman-Rudovsky, who co-directs the organization with Cassie Haynes. But it is trying to expand its funding sources, because it recognizes that foundations go through funding cycles, and what is popular now might not be popular in a couple years.

“It’s important to know that they will sometimes shift priorities, and if you move outside of their priorities, they may no longer want to sustain your work,” she said.

Major gifts make up another philanthropic revenue stream. Friedman-Rudovsky and Haynes work to connect with donors through their professional and personal networks and through those of Resolve’s board members.

Potential and current donors are invited to events, both those hosted by Resolve and others targeted specifically toward donors. The organization also keeps in touch with donors throughout the year. Revenue from this source is currently a small part of Resolve’s funding formula, but it has the potential to grow.

“Building a major gifts program is a real commitment; it takes a tremendous amount of time, and the fundraising potential isn’t always immediate,” Haynes said. “That said, individual giving can be a mechanism for collective healing. Creating this stream of revenue has been really rewarding for us as fundraisers, and for our donors as well.”

In total, about 85% of Resolve’s revenue comes from philanthropic fundraising.

Friedman-Rudovsky said that when journalists enter the fundraising realm, they should remember the skills they use every day: When seeking money from funders for the collaborative’s general upkeep and maintenance, they have to tell the story of why they need it.

There are few storytellers better than journalists.

To expand its revenue beyond philanthropy, Resolve has grown its consulting practice, working mainly with other news organizations. Its current clients include Capital B (a Black-led nonprofit news organization focused on local and national news for Black communities), the Dallas Media Collaborative and Spotlight PA.

Past clients include The Trace, the Southwest Michigan Journalism Collaborative and The Lenfest Local Lab at The Philadelphia Inquirer.

She said Resolve has focused on creating more digital resources,  such as toolkits, webinars and e-courses, so that it can also offer things that require less of its staff’s personal time and add value when organizations can’t commit to the cost or the intensity of a direct relationship with Resolve.

This year, approximately 15% of Resolve’s budgeted revenue is from the consulting practice, a percentage that the organization hopes will be closer to 20% in 2023. Resolve will sometimes charge a flat fee for a workshop or to facilitate a training, but it aims to structure its larger contracts around a monthly retainer.

Revenue ideas that haven’t worked yet

There’s no charge to be a member of Broke in Philly, the core journalism collaborative that is a key program of Resolve, and no money is paid to collaborative members simply for being part of the group. Broke in Philly members have access to a central pot of money to help fund work related to the program, including reporting and engagement.

One revenue experiment Resolve tried involved the Broke in Philly members, in which it sold sponsorships for story collections as a way of generating funds. While that sponsored content provided some money to each member, only a very small amount was distributed in the end.

Friedman-Rudovsky said some of the technology needed for the sponsorship program to be most effective was challenging for the collaborative’s smaller newsrooms to access. Also, the way the system was set up didn’t allow Resolve to create the collections and put them in the places where they would be most beneficial to the collaborative’s work. So, while the project was a useful experiment, it wasn’t worth continuing, she said.

Resolve’s directors see it as their mission to find alternative funding streams to finance the collaborative, which leaves members free to produce content and not worry about financing, Friedman-Rudovsky said.

“We haven’t needed to try to draw their attention away from the work to say, ‘How can we make money together?’ or ‘We need you guys to think of ways or to enact ways we can make money together,’ ” Friedman-Rudovsky said. “We’ve been taking on that responsibility.”