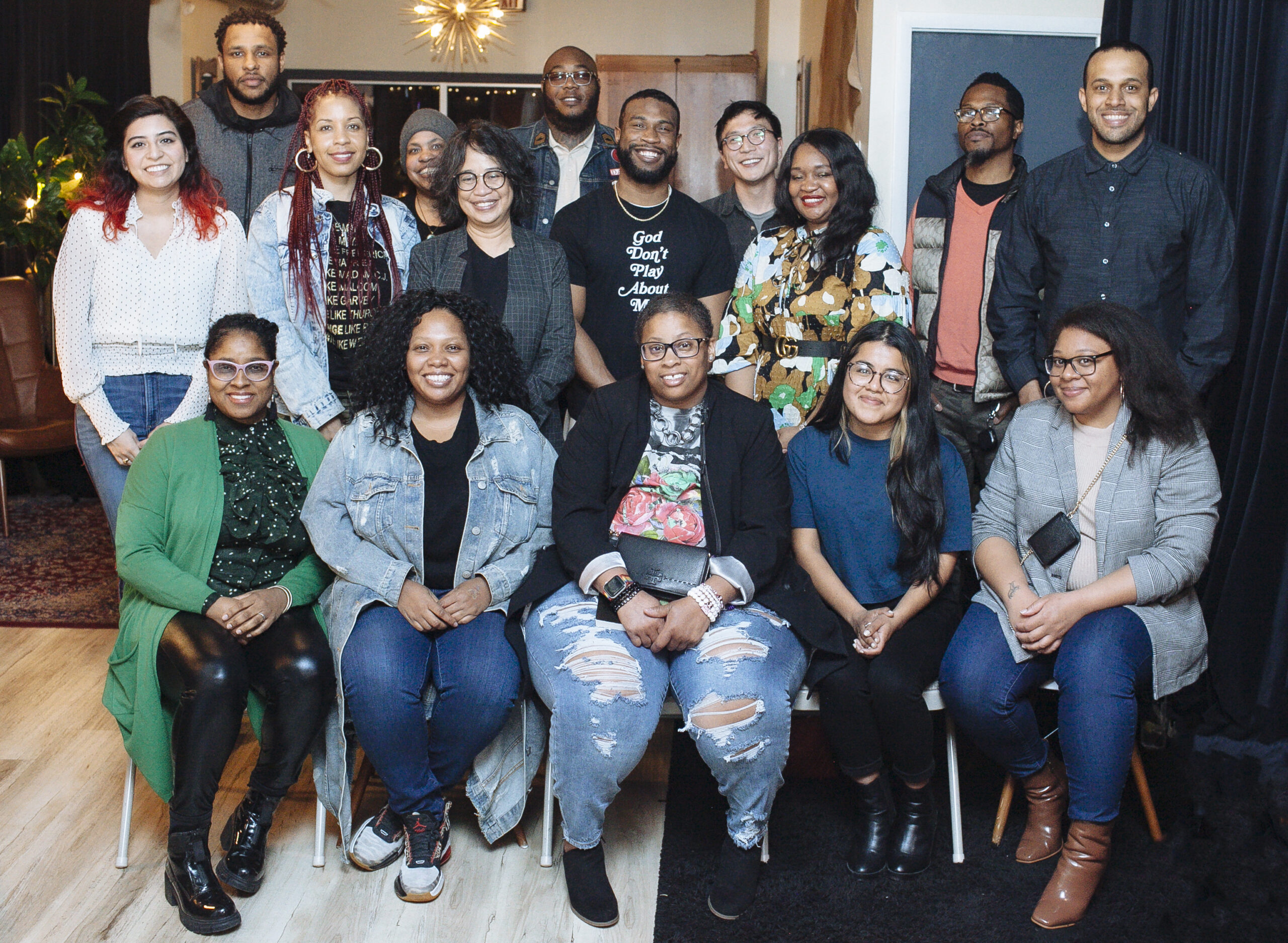 The Lenfest Institute for Journalism and The Knight-Lenfest Local News Transformation Fund are pleased to announce the 11 media founders of color selected to participate in the inaugural Philadelphia Media Founders Exchange, a new community-focused accelerator program.

The PMFE entrepreneurs are building businesses focused on investigative journalism, podcasting, multimedia production, and more. Over the five-month program, the PMFE entrepreneurs will participate in training on operations, revenue and monetization, and marketing and branding to help them build profitable and sustainable media businesses. They will also each receive a $10,000 grant, the opportunity to apply for follow-on grant support, and professional coaching to support their entrepreneurial efforts.

The Philadelphia Media Founders Exchange is supported by The Lenfest Institute for Journalism, The Knight-Lenfest Local News Transformation Fund, and the Independence Public Media Foundation.

The PMFE programming, which begins on Friday, March 11, will be led by the Zebras Unite Co-Op in partnership with Black and Brown Founders, both past leaders of successful new business accelerators.

“The inaugural PMFE Cohort embodies what we know makes our local media ecosystem so extraordinary,” said Lenfest Institute Program Director Shawn Mooring. “By telling the stories of their communities, these entrepreneurs provide critical news and information. They also weave a stronger, more resilient social fabric in our City of Brotherly Love and Sisterly Affection. In doing so, they are redefining what is possible with next-generation media companies. We believe there is so much potential in creating the conditions for these groundbreaking companies to work together and to succeed.”

“We are proud to partner with these visionary entrepreneurs and support the strategic growth of their businesses,”  said Knight-Lenfest Fund Program Manager Diana Lu. “These innovators provide news and information in service to their communities, highlighting voices and stories through podcasting, streaming platforms, film, video, print and radio. We have much to learn from their community-driven approaches and are excited to witness the peer mentorship as their experiences and input help shape this inaugural cohort.”

Designed in collaboration with more than 30 local BIPOC mediamakers, the Philadelphia Media Founders Exchange will also serve as a resource to the broader community. All applicants to the program were invited to participate in select monthly training sessions along with the participating entrepreneurs. The Lenfest Institute will also share key insights from the program and regular updates on the entrepreneurs’ successes, challenges, and lessons learned.

“I am truly looking forward to supporting, learning from, and working with this powerful group of diverse media entrepreneurs to catalyze our media ecosystem. The space to exchange ideas, collaborate, and innovate could be transformational for each of the entrepreneurs and for communities throughout the Philadelphia region” said Jos Duncan Asé, founder of Love Now Media, who is also working as the project’s Community Catalyst.