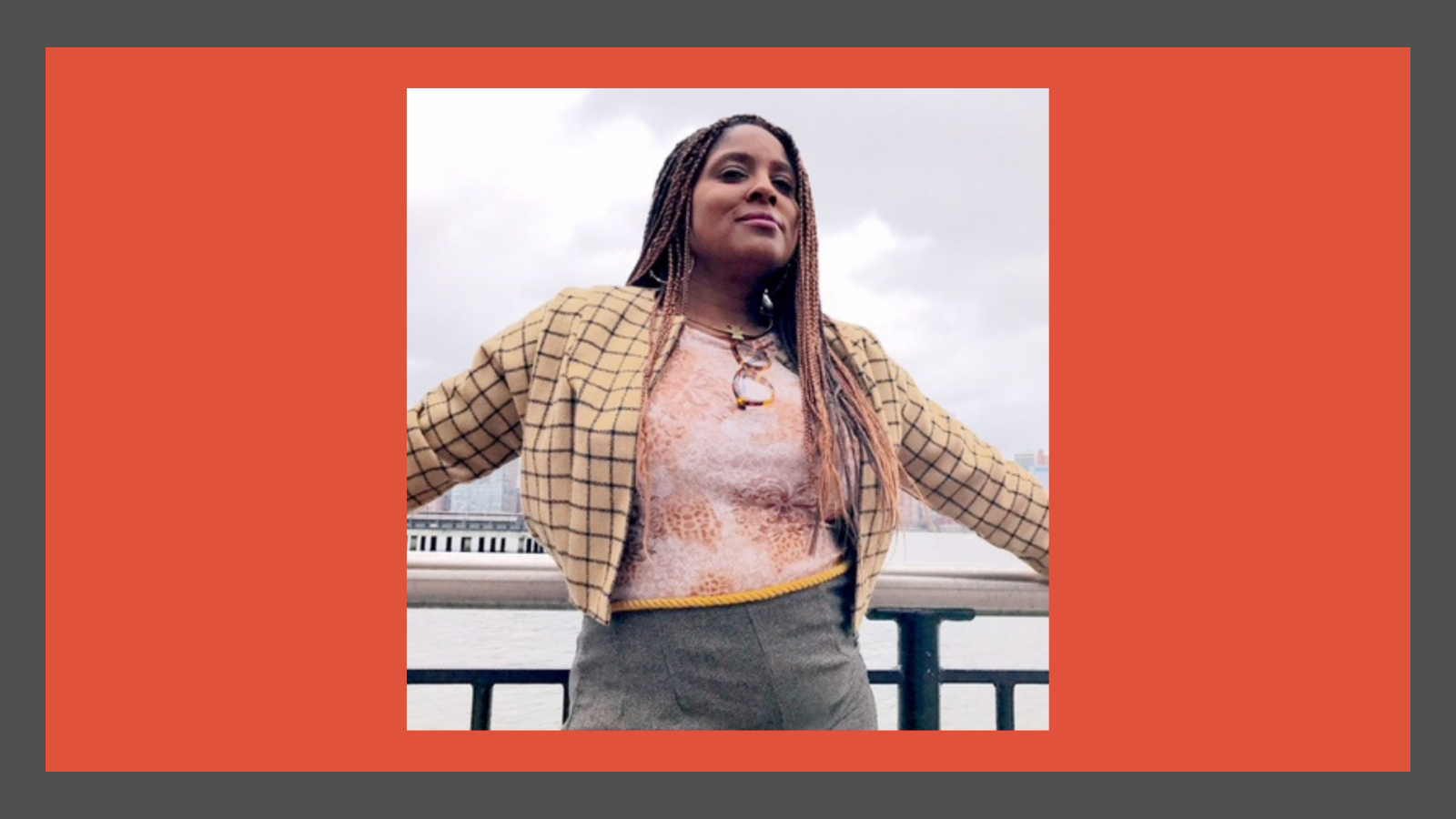 With more than 25 years of diverse experiences in journalism, art, and academia, Kaia Niambi Shivers is familiar with gathering and sharing stories that profoundly impact her audience.

Shivers constantly puts her skills into practice as the founder and editor-in-chief of Ark Republic, a member-funded boutique news organization dedicated to highlighting rich narratives and features not prioritized in mainstream media. Using African American storytelling traditions and writers from a mix of backgrounds, she brings a unique style to the news and collaborative multimedia projects Ark Republic hosts.

Shivers’s vision to grow the Ark Republic team sustainably and eagerness to exchange information with other media makers made her a valuable addition to the Philadelphia Media Founders Exchange, a program led by The Lenfest Institute for Journalism and the Knight-Lenfest Local News Transformation Fund to mentor media entrepreneurs on ways to generate revenue and create sustainable business models. PMFE entrepreneurs received grant funding along with revenue, marketing, and operations training from the Zebras Unite Co-Op and Black and Brown Founders.

We spoke with Shivers as part of a series of conversations with PMFE entrepreneurs checking in on the progress they’ve made within their organizations using the skills and connections they gained during the program.

This conversation has been slightly edited and condensed for clarity. Kiara Santos contributed reporting.

Tell us a bit about the project(s) you worked on as part of PMFE?

A major change we made during PMFE was launching a full update of our website that included a streamlined subscription and donation process and switching to Google Analytics for our metrics. We then built out a strategy to revamp our newsletter through the creation of three separate newsletters: Ark Republican, Ark Weekender, and The Mothership. We designed fresh looks for each of these newsletters and, per the suggestion of Black and Brown Founders, sent out a Q&A to subscribers for feedback.

Another big shift was changing Ark’s Republic’s business operations to a predominantly project-based structure. This structure curated topics, themes, stories, features, and series for journalists to cover. As part of the restructure, we also revamped the budget based on our Community Catalyst Jos Duncan’ Asé’s template, class assignment, and research.

As part of our new project-based format, we focused on developing our story series, which helped our journalists build out comprehensive coverage on a variety of themes. A few highlights from this series were “Fcuk the Food System,” An exploration of the industrial agricultural complex; “Re-unionizing America,” Ark Republic’ coverage of how Starbucks, Amazon and Apple workers fight to become unionized and the union-busting tactics they experience; and “Intermezzo Podcast”, a series exploring the experiences of BIPOC people and communities across Europe. Through projects like these, we were able to expand the content in our news subtopics and podcast sections.

We also redesigned our social media strategy and aesthetic, ran in-house media training with new contributors to our platform while developing current contributors, and formed a partnership with the multimedia storytelling platform Love Now Media.

Lastly, we applied for several funding applications with guidance from PMFE mentors, and were recently awarded funding from the Google News Initiative and the Valentine Foundation.

What problem were you trying to solve initially, and why was solving the problem strategically important for your organization?

My main intention was to figure out more effective ways to secure funding and how to develop a stronger business structure. I also wanted to grow collegiality in the newsroom because I had been so invested in developing Ark Republic, I stopped attending conferences and connecting with media makers. Thirdly, as new to Philadelphia, my goal was to learn the media ecosystem as I settled into it. Fourth, to uncover as many resources to sustain Ark Republic.

What were your biggest takeaways from the Philadelphia Media Founders Exchange? What did you gain from the formal programming and coaching? What did you learn from your fellow founders?

I was able to take a full and honest investment of Ark Republic and myself as a founder and leader. It was absolutely brutal, but it made me change some really unproductive thinking and habits. As well, at PMFE, I met a collective and was immersed in a cohort where everyone wanted to see everyone win. The sessions were invaluable for me because I peeled off a lot of unsavory ideas, as I was burnt out. But, I walked away with so many ideas and fresh perspectives. Plus, some of my notions were confirmed and my work was affirmed.

The Executive Director of Black and Brown Founders, Deldelp Medina, was such a wealth of understanding the mental and spiritual aspects of being a business owner. She was incredibly insightful and patient. She spoke our language in many ways.

My sessions with Jos Duncan were absolutely a collaborative experience. I learned from her, and I hope that she got some ideas.

The first one-on-one coach had a positive attitude and offered words of support, but as a coach, it was not a productive connection. From my end, it seemed as if I had to work around her schedule. There were some miscommunications and missed meetings that I ended up requesting another coach, which turned out to be what was needed.

In our conversations, I was able to understand the city more, and gain incredible ideas. They asked questions during the session that I never thought of, but greatly supported my growth. The cohort was so cool and I will be collaborating with at least one of them in 2023.

How has this work impacted the community you serve?

I am learning how to carve out better stories, podcast programs and develop a sense of how to approach topics more innovatively. I am learning to talk to the community more effectively, and ask them for their perspective in a way where the communication is bidirectional.

Also, I learned that the work Ark Republic does is meaningful. Real truth, I bottomed out on money during the program so operations all but stopped. Then people began emailing me asking if The Ark was still going on because it was an important platform. That was something I needed at a really shaky moment.

Through this I was able to see how Ark Republic offers narratives rarely explored in mainstream local media. It offered a platform for those left out of stories or minimized, to be centered.

Were there any unexpected plans or challenges that you had to overcome during the program? What did you learn from it?

The biggest challenge was operating a business and the demands of the PMFE program. One of the biggest lessons is to better initially acknowledge all the work that you do and constantly affirm it. On an operational level, an essential lesson was to organize and plan within a workflow that is reachable and allows you time and space to rest and reflect. Most importantly, be flexible in fine-tuning your approach.

Because the news cycle is so fast, added to the demands of an entrepreneur, you find yourself constantly moving without pausing to reflect. PMFE allowed me to slow down and really think through many aspects of Ark Republic such as the following: operations, salary, budgets, funding, audience, and planning.

How did the program contribute to your sense of power and/or self-efficacy in creating change in Philadelphia’s media ecosystem?

By far, PMFE opened me up to Philadelphia’s media ecosystem tremendously. Through the program, I have expanded my network, but also was able to make deeper connections with colleagues and budding business collaborations. Entrepreneurship and working at a media company can isolate you within your organization’s daily operations. With PMFE, I was able to discover a range of mediamakers and how they navigate the media terrain and owning a company. In fact, it was the first time to be in a program focusing on BIPOC media founders, was hyper-local and encouraged collaborative work. The city has such a robust media presence, it has been such a rewarding experience to have conversations and think through solutions with those who are working in the mediascape.

What’s next? How are you planning to continue this work?

I have applied to more grants and funding and am in talks about collaborations. As well, I was invited and accepted membership into The Lorde Society, which is a collective of Black women media leaders.

We are rolling out quite a few new series and stories to increase our work. In 2023, we have more podcasts planned.

As well, I am looking at other ways to fund such as sponsorships, merch and other sources.