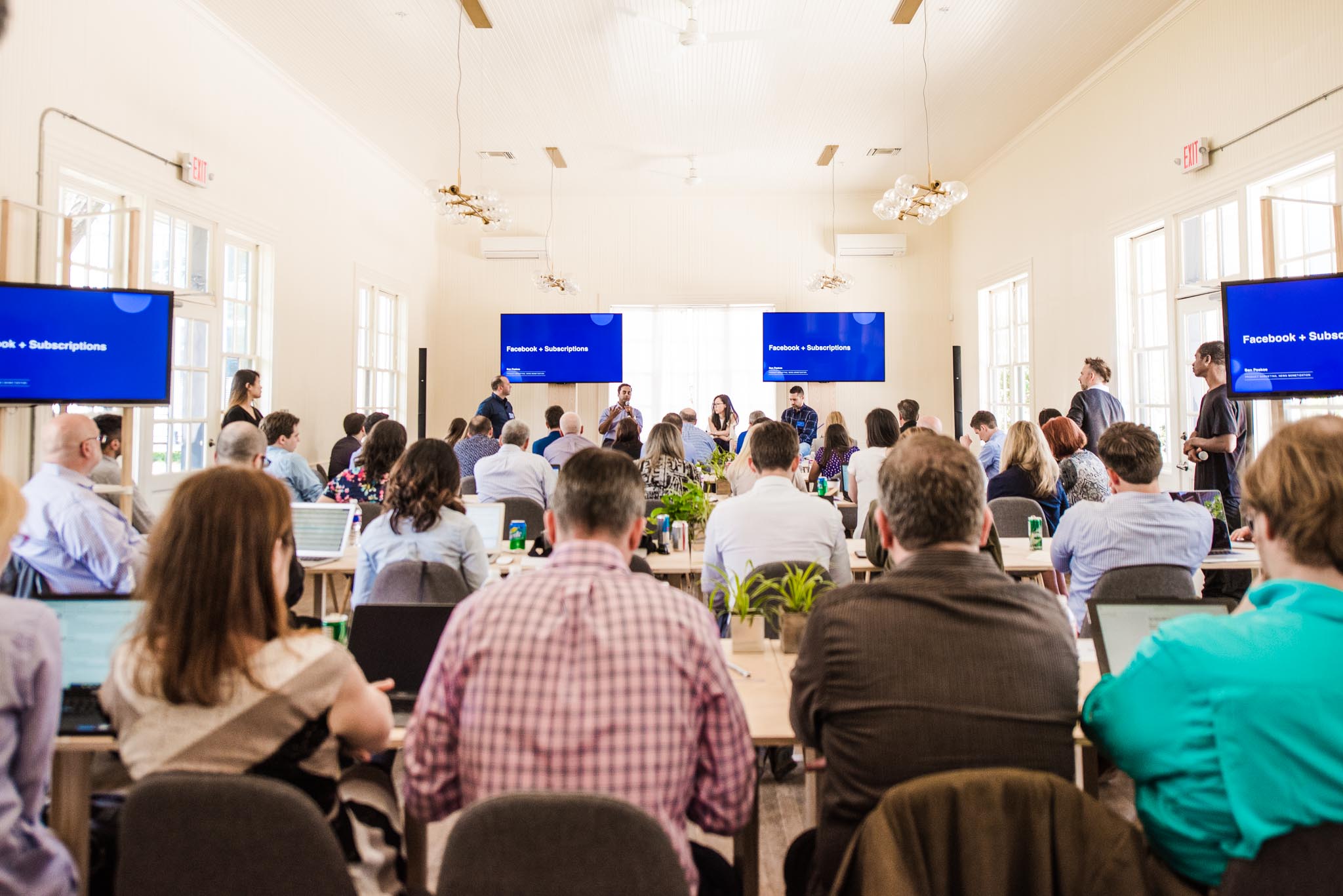 Over the course of two days in Austin, metro and local news publishers learned about various ways they can improve their subscriptions businesses as part of the ongoing Local News Subscriptions Accelerator. Project Director Tim Griggs, an independent media consultant and former New York Times executive who developed the program curriculum, led participating members of the Accelerator in a session where he discussed alternate ways of acquiring subscribers. Below, he shared eight alternative acquisition approaches:

The intersection of advertising and subscriptions opens up interesting sales opportunities, Griggs said. For example, advertisers can sponsor “free” days, or unlock entire sections, verticals or beats for some period of time. Advertisers can also sponsor groups of subscribers. Griggs shared that The New York Times sold a package to Lincoln, the car company, to provide 100,000 of their most engaged readers with a free year of access when The Times launched its digital subscription business in 2011.

Work with partners to bundle your subscription offer with access to another subscription service. The Washington Post previously offered complimentary access to subscribers of local newspaper partners. The New York Times has created deals with Spotify allowing users to get a discounted rate. And publishers can barter with local institutions to exchange subscription access for other goods/services (event space, for example.)

Local news organizations can partner with other enterprises with like-minded customers to sell each other’s subscriptions or memberships and share revenue. Local directories, magazines, or broadcasters can sell subscriptions for a bounty or cut of revenue, and vice versa, for example.

5) .Edu and Other Discounted Subscriptions

Many local news organizations give discounted subscriptions to students and educators via either a bulk program (e.g. a site license for a local university) or individuals (authenticated with a .edu email address). But Griggs suggests thinking more broadly about bulk and targeted offers: Consider libraries, active military, and others.

Use holidays and other special moments to offer gift subscriptions. Gifts can vary so you’re offering access for different lengths of time or at different access levels.

Offer free or discounted subscriptions to targeted users — ambassadors and influencers who have large or strategically important followings, for example, which can increase your subscriber base in the long run.

Leverage your audience’s inner social circles by offering benefits like discounted subscriptions for those who refer a friend/family/colleague. Subscription-based services outside of publishing are known to use this, Griggs said, like Blue Apron and Evernote.