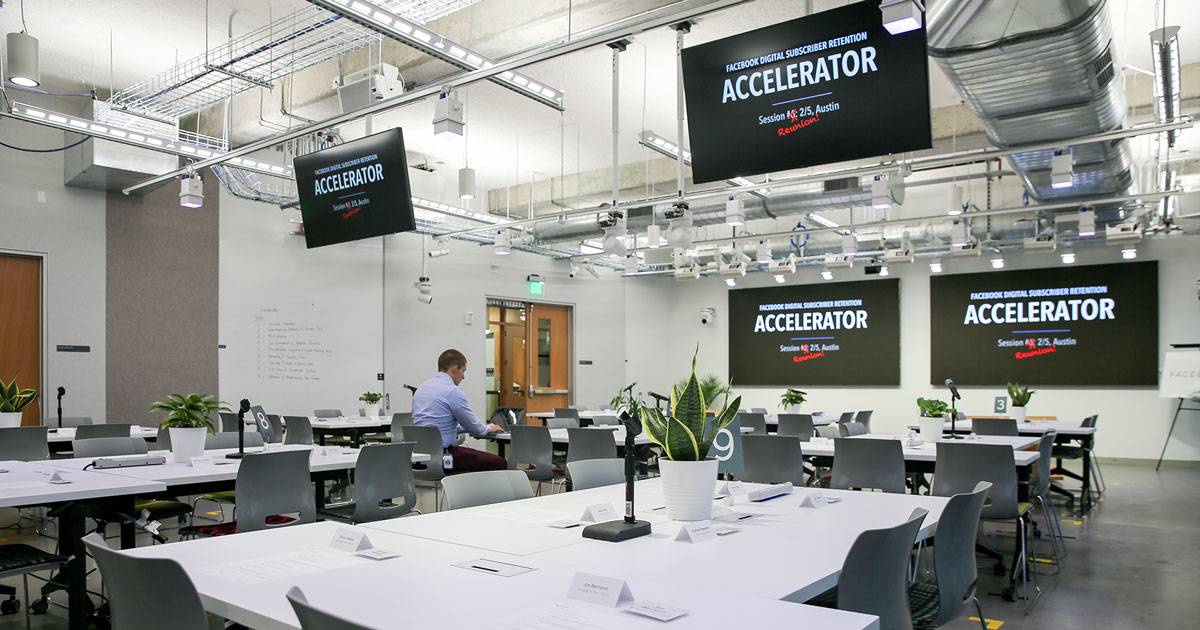 With the COVID-19-driven surge in digital subscriptions slowing or abating entirely, a key question for publishers’ future profitability turns on one thing: how many of these subscribers will stick around?

During 2019 and early 2020, 16 major American metropolitan news organizations worked on retention in the Facebook Journalism Project’s Retention Accelerator program. Together they tested retention strategies and best practices through the program’s mix of one-on-one coaching, in-person gatherings and peer-to-peer sharing over Slack.

The publishers generated more than $3.9 million in lifetime value for their organizations, according to analysis of the grant reports provided to our Accelerator partner, The Lenfest Institute for Journalism, which administers the grants and helps share lessons from the program. That includes more than 12,000 subscribers saved directly as a result of different grant initiatives.

Along the way, they generated plenty of insights on what works and what doesn’t to retain subscribers. Though there are many ways to reduce subscriber churn, here are three key ideas drawn from these publishers’ experiences during COVID-19:

Let’s walk through each.

How are you driving habituation among your new subscribers?

The good news is your COVID-bump subscribers are already reading you like crazy. But what habits are you helping them build that will keep going after the crisis abates?

The answer begins with your onboarding sequence: the actions you take in the weeks after you’ve acquired a new paying subscriber.

“Publishers recognized that effective onboarding, previously focused on the first few weeks of a subscribers tenure, is actually a months-long focus that simply transitions from onboarding to ongoing subscriber engagement,” said Ray Pearce, a former New York Times executive and coach in the program.

Specifically, many Accelerator publishers focused on the first 100 days of a new subscriber’s tenure to build habits that predict a loyal, long-term subscriber. This requires a clear understanding of what separates a loyal reader from a churn risk within your existing paying readers, and then putting that insight to work in your onboarding series.

Here are some specific examples from Accelerator publishers:

Your retention curves, not just monthly churn rates, are the key to fixing your churn pains.

Understanding when your readers are likely to churn and the difference in churn rates based on different offers (deep discounts versus standard pricing; monthly versus annual; etc.) is key to seeing where you can improve retention.That’s going to look something like this:

In this example, we can see retention curves for different publishers in this Accelerator. At an individual publisher, each of those curves would correspond to a group of subscribers such as annual subscribers, monthly subscribers and those who entered on a discount offer.By tracking the curves, you can see where readers start to drop off and implement plans to stop them.

“Retention is a hugely complex animal,” said Tim Griggs, the Accelerator’s executive director and an independent consultant/advisor and former New York Times and Texas Tribune executive. “News organizations have a tendency to focus on acquisition at the expense of retention, in part because mitigating churn is so difficult. It also can take a very long time to see results, so it’s even more critical to focus on the data that matters most, including segmenting churn in all sorts of ways that can lead to actionable insights.”

Fixing your billing is  lucrative.

That’s because the dynamics of your billing system are extremely important to improving your retention. Thirty percent of media cancellations come from payment failures, on average, according to ProfitWell CEO Patrick Campbell, a frequent Accelerator speaker. Of those payment failures, seven in ten are gone forever — and some companies will lose all but one for good.

“For a lot of publishers, fixing billing problems should be at the top of the list of retention opportunities,” Griggs said. “That means implementing best practices in account updater settings, optimizing the length of grace periods, fixing the timing of ‘recycling attempts’ (when and how often to attempt a credit card transaction), adding on-site billing notifications, offering alternative payment types, and knowing when/how to reach out to customers.”

What are a few of those best practices?

Which leads us to something you definitely should not do.

A word of thanks

All of the publishers in this Accelerator worked extremely hard on initiatives that crossed organizational silos and, in some cases, took months to implement. Their wisdom is hard won and we are so grateful for their work.

If you’d like to be in touch with any of the publishers mentioned in this article, or if you have any questions, please email [email protected]. We would be happy to connect you to others fighting hard to secure local journalism’s future.