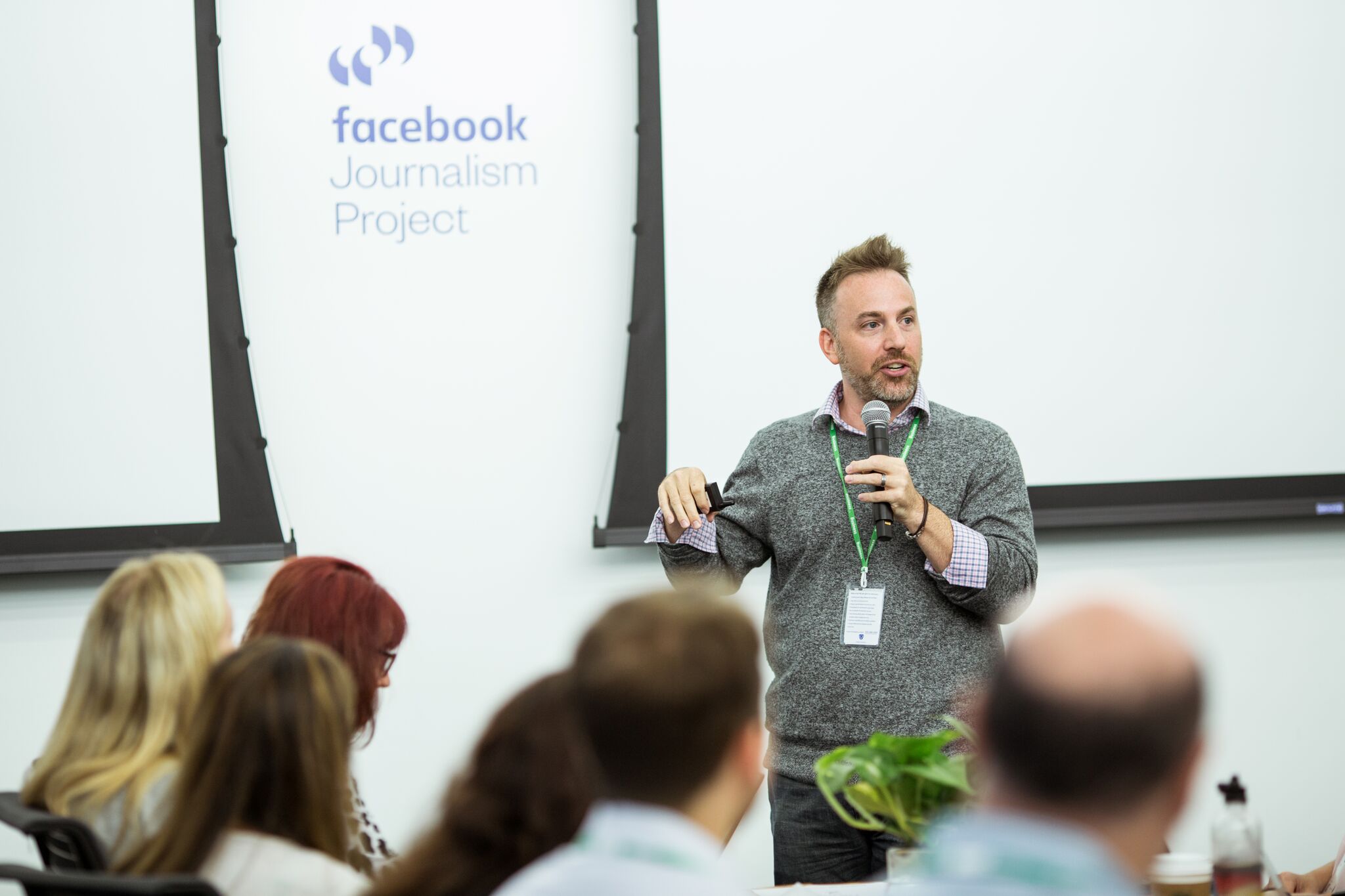 On June 20 and 21, participants from 14 metro news organizations gathered at the Facebook offices in Menlo Park, California, for the final in-person session of the Local News Digital Subscriptions Accelerator. This 12-week intensive program kicked off at the end of March in New York City, traveled to Texas in May, and then wrapped up on the West Coast. In between these in person sessions, publishers worked one-on-one with coaches to further develop their subscriptions strategy, and attend regular webinars.

The final sessions rounded out the program by focusing on important but often overlooked aspects of a digital subscription strategy. The two days included workshops on:

But more than anything these final days were a chance for the publishers to reflect on what they’ve learned over 12 weeks. All publishers made major strides, from having their biggest single-day sales ever to growing their email lists to building a testing culture. It became clear that while the presentations themselves helped spark ideas and got everyone thinking in new ways, it was the collaboration and learnings from each other that made the program special. As Agatha Pardo, Director/Digital Audience Acquisition from Gannett, said “We are having a discussion about our digital future. A lot of publishers are having their own conversations but they aren’t happening on a larger scale. So having this forum, having this digital conversation, is allowing us to plan for the future.”

Tim Griggs, an independent media consultant and former New York Times executive who developed the program curriculum, summed up the Accelerator toward the end of the two days saying “This isn’t a conference. It’s coaching, it’s collaboration. The spirit of openness and transparency in this room has made it so much richer and more collaborative.”

Below are three themes publishers discussed as their main takeaways from the Accelerator:

Collaboration with Other Local News Publishers

By bringing together a group of metro news organizations, all of whom care deeply about local journalism and its future, publishers from across the country were able to collaborate and share ideas in ways that proved extremely valuable. Executives from across these organizations freely shared numbers about their business, challenged other publishers’ strategies, and encouraged the sharing of tactics. This fostered a high level of transparency and created tangible results. As John Rockwell, the director of subscription sales and retention at the San Francisco Chronicle said, “They keep saying this isn’t a conference, which I think is great, because it’s true. At a typical conference you’re not working with real metrics. All of us here are working with real metrics, and I think that’s one of the coolest things.”

As publishers shared their results over 12 weeks, they directly credited ideas from other organizations. Bill Reynolds, Senior Vice President of Circulation and Operations at The Denver Post said. “We didn’t learn just one thing. We learned many things from everyone here. This program accelerated so much for us, from the company culture to our benchmarking. It’s been a great learning experience.” Reynolds credits their improvements largely from learning from publishers like Philly.com, The Boston Globe, Gannett, Newsday, Tronc, and more. “The Denver Post is going to move faster as a result of this program.”

Others know these connections will go far beyond the Accelerator. “We need to transform ourselves rapidly. This program helped us accelerate towards a sustainable business model so we can keep making the journalism that this country needs,” said Danny Gawlowski, Assistant Manager Editor of The Seattle Times. “I’m just really thankful. The connections we’ve made with other newspapers, other organizations and amazing people on the business side of journalism, that’s all going to last long beyond this.”

Louis Deering, Sr. Digital Marketing Manager from the Star Tribune added, “I feel so incredibly grateful to be here, meeting and being able to learn from all the people who are here. There are some incredible minds. It’s one of those opportunities that I feel like this is sort of almost once-in-a-lifetime opportunity.”

Focusing on the Small Things

One big lesson Griggs preached at the beginning of the Accelerator was that no one’s going to find a silver bullet for building a successful digital subscriptions business. It takes effort in small ways across multiple parts of an organization. The two days in Menlo Park focused on a few of these often-overlooked-but-important aspects to building a strategy.

Kunle Campbell, an eCommerce consultant, led a session on frictionless purchases, with the aim to help improve the ease of checkout flow and improve conversion, particularly on mobile. At the end he took each publisher through their own subscription purchase flow and highlighted where everyone could improve.

Griggs led a session on the importance of “the mid-funnel,” offering strategies publishers can use to help turn occasional readers into habitual users. Kabir Ahuja, a consultant at McKinsey who helps drives growth strategies for subscription-based companies, took the room through the behavioral economics at play, which led many publishers to think more closely about their pricing strategy.

Mark Campbell, Senior Vice President of Digital Acquisition and Marketing for Tribune Interactive, ended the session with a holistic look at ways to work more effectively with various parts of your organization.

This 12-week program may have concluded, but publishers that participated are currently submitting grant proposals to help further elevate their subscription business. Working with program coaches, publishers have designed individual projects that tackle their unique needs. We’ll be sharing results and lessons from those projects as they take shape. We’ll also continue to share best practices from these final workshops over the next month.