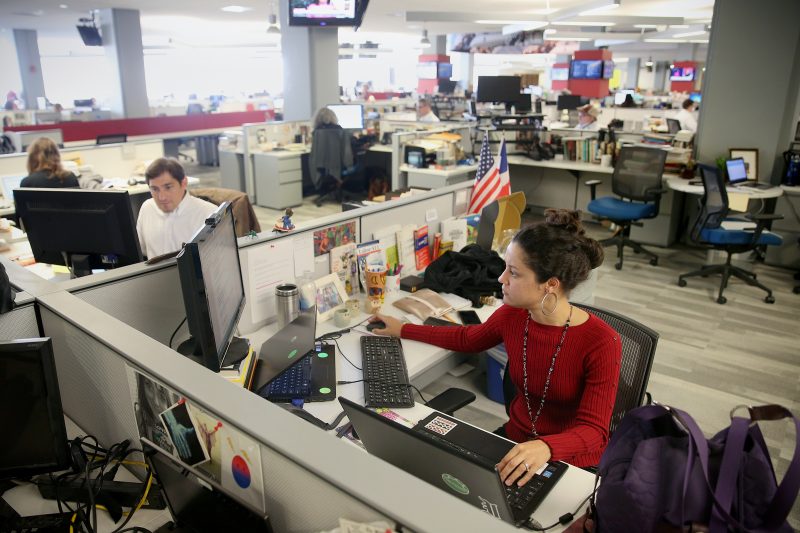 This past weekend, The New York Times and The Wall Street Journal both published in-depth examinations of the crisis facing American newspapers. The Lenfest Institute’s innovative model established by H.F. “Gerry” Lenfest was hailed as a framework that can work to sustain local journalism across the country.

On Saturday, The Wall Street Journal published a behind-the-scenes look at the fight for control of Tribune Publishing —  the publisher of the Chicago Tribune, Baltimore Sun, and other papers — between a New York hedge fund and a group of philanthropically minded buyers led by Maryland hotel magnate Stewart Bainum Jr. and Swiss billionaire Hansjörg Wyss. If the group led by Bainum and Wyss is able to successfully purchase Tribune, they plan to return each paper to local ownership. The Lenfest Institute has been serving as an unpaid advisor to Bainum, who plans to donate the Sun to a nonprofit organization modeled after the Institute once the deal is complete.

On the front page of the Sunday Business section, the Times reported that newspaper ownership is becoming an increasingly philanthropic endeavor. Business leaders across the country are being cast as civic-minded leaders by purchasing their local newspapers.

The Institute’s non-controlling ownership of The Philadelphia Inquirer, which remains a for-profit public benefit corporation, was held up as a model that allows the paper “to maintain editorial independence and maximum flexibility to run as a business while also encouraging philanthropic support.”

We could not do this work without the support of our donors and partners. As The New York Times reported, “of the $7 million the Institute granted to The Inquirer last year, $5 million came from a diverse array of individual supporters and national and local institutional funders.”

We’re proud to be on the forefront of this fight to save local news. Together with your help, we’re building replicable solutions that will ensure communities here in Philadelphia and across the country are served equitably by local journalism.