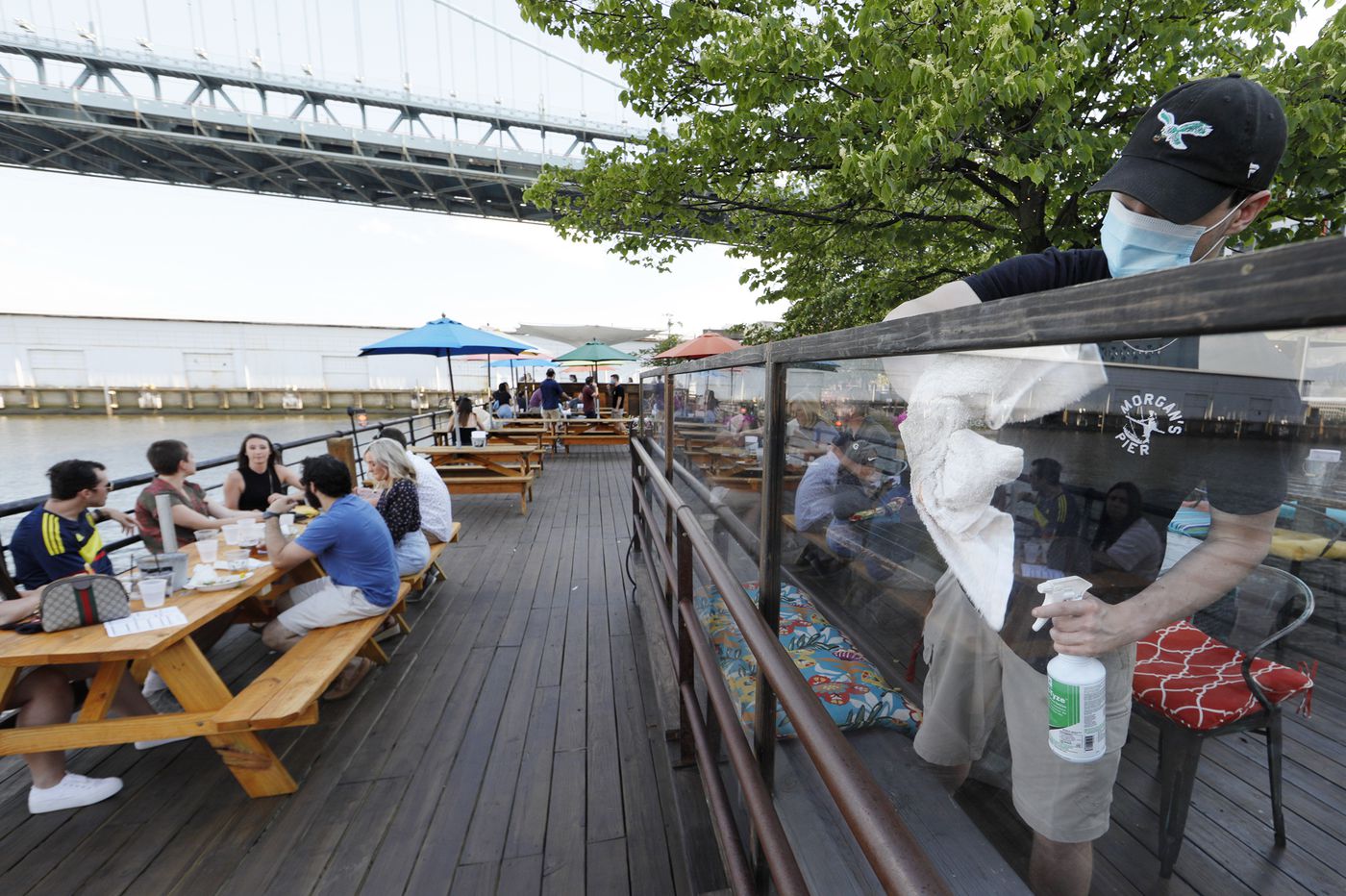 Each week The Philadelphia Inquirer goes behind the scenes with one of its reporters or editors to discuss their work and the challenges they face along the way.

This week, Audience Engagement Editor Lauren Aguirre chatted with Ezequiel Minaya, the editor of The Inquirer’s Future of Work project, about the project and his work.

The Future of Work is a yearlong Inquirer project documenting challenges and obstacles to job growth in the Philadelphia area while sharing solutions and examining current and potential responses. The project is supported by the William Penn Foundation and The Lenfest Institute for Journalism.

Here is the Q&A with Minaya:

What is the Future of Work project, and what does it mean to be its editor?

The Future of Work is a yearlong project, supported by a $500,000 grant from the William Penn Foundation, that aims to look at the challenges and opportunities that Philadelphia faces to create more family-sustaining jobs. The Future of Work, an expansive and ambitious if amorphous subject to tackle, is a hot topic. Several newspapers and publications have decided to pursue this coverage area, which, depending on how you define it, lives in the intersection of labor, politics, business, economics, poverty, diversity and inclusion, urban planning, and infrastructure. Though the growing importance of the topic is still emerging, especially considering the pandemic and the racial reckoning underway, the Philadelphia Inquirer has jumped in with two feet and must be regarded as among the leaders nationwide in contemplating the question. And at the heart of the topic is the central query: What lies beyond the information age? For workers, companies, entrepreneurs, and all residents in Philadelphia and the region. And how can Philadelphia break the cycle of intergenerational poverty that has trapped so many of the city’s residents?

To be the editor of this pursuit is, quite simply, a dream job. The Inquirer is one of the great American newspapers. I can say that all I want, but I genuinely appreciate that fact now, four months into my assignment, after experiencing just how brilliant, resilient, and collegial my coworkers are.

What is something new you’ve learned while working on the project?

I have to say that I learn something new every day. The project has been a crash course in Philadelphia and Philadelphian culture and pride. As a native New Yorker, I have been brainwashed to believe that the Big Apple is the center of the universe. My short time at the Inquirer has provided the Galilean epiphany that it’s Philly that the sun and stars revolve around.

Is there a story that was published recently (or will soon) that you’re particularly proud of?

I think the Future of Work project has had a strong start, so I’m proud of the work in its totality. But if I was forced to pick a first among equals, so to speak, I like this November 22 story: From wage taxes to red tape, here’s why Philadelphia is one of the hardest cities to do business. In my first days at the Inquirer, Business Editor Karl Stark encouraged me to “swing big” and tackle some of the thornier questions plaguing the job-creation efforts of Philly. This story, reported and written by Christian Hetrick and Joseph DiStefano, sought to challenge some of Philly’s sacred cows and ended up stirring much discussion. Journalism is my favorite team sport and I think the team that turned out that story worked very well together. The reporters met the challenge and turned in a great story that some people embraced and others disagreed with. But it was a hard story to ignore.

How did you get into journalism, and why did you decide to lead the Future of Work project?

Graduating from college, I fully intended to become an English professor. I enjoyed poetry, modern Latin American poetry, and the imagism movement in the Anglo-American world specifically and hoped for a career teaching at a university.

However, out of utterly blind luck, I got an unpaid internship at the Village Voice after graduating from college. My cousin worked at a city agency with the wife of a reporter there. I aimed to do the internship for a couple of months to stay busy as I applied to graduate school. I worked for legendary Voice reporter Wayne Barrett. He ran an internship program for investigative metro reporting. Wayne was what many people picture when they think of reporters. He was perpetually grumpy, dogged, and demanding. But he also, really, really cared about people and hoped to do good through his work. At the time, I believed writing was art, Wayne believed writing was fighting. I fell in love with journalism, and I fell hard. I worked nights at a deli to keep my days open for Wayne and never looked back.

I decided to lead the Future of Work project because it was too good of an opportunity to pass up. I had just shifted over to work at Forbes after nearly a decade at the Wall Street Journal — moving from reporting to editing — and honestly did not think there was much of a chance that The Inquirer could pry me away from my position there.

I have never connected the two things before, but perhaps I saw an opportunity as a journalist at The Inquirer to have a special connection to a dynamic, complicated, great American city, much like the connection Wayne, my journalism hero, had with New York City. Anyway, the more I listened to the editors at The Inquirer describe the position and the paper, the more it sounded like the place I wanted to be.

What do you do for fun in your off time? Is there anything you’re looking forward to this year?

I chase my 2-year-old daughter around the house, playing with blocks and leafing through children’s books. I remain an avid reader though I have lost the discipline over the years to do my own creative writing. I love watching the Yankees and Knicks, and I’m very much looking forward to catching a game in person.