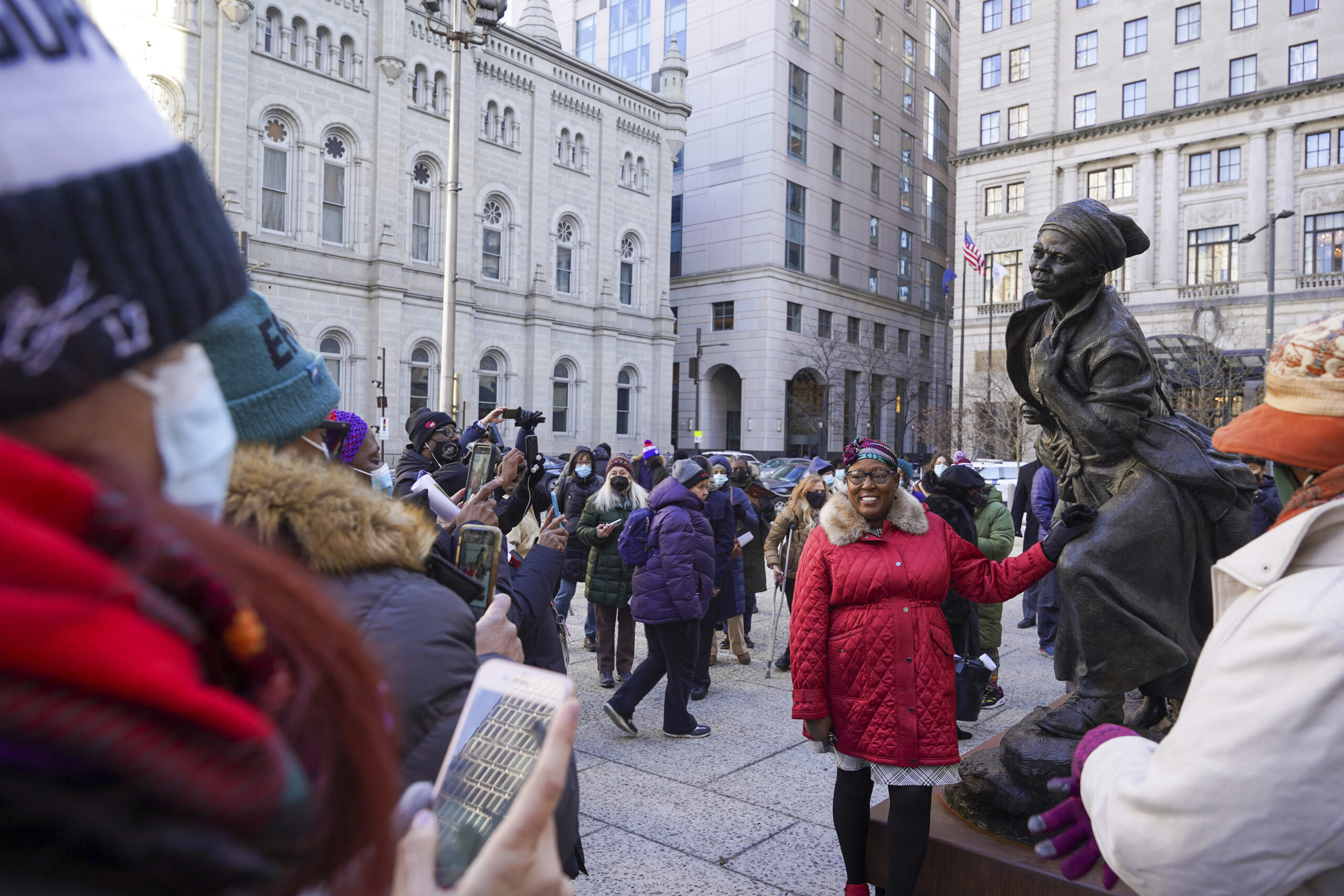 Attendees take photos after the unveiling of the Harriet Tubman statue at City Hall in Philadelphia, on Tuesday, Jan. 11, 2022. The sculpture was created by Wesley Wofford. Thomas Hengge/The Philadelphia Inquirer via AP

The 2023 Philadelphia mayoral and city council elections will be one of our city’s most significant electoral races in recent history. As many as eight seats will be open on the Philadelphia City Council as five sitting council members have resigned to launch campaigns for mayor, and two more are likely candidates, which would also require their resignation. The outgoing mayor has served the total two-term limit, and after nearly a decade, the question is how will the new Philadelphia political power structure take shape.

Philadelphia residents equipped with the knowledge and necessary tools will be able to hold their leaders accountable. The city’s broad and diverse population should have the primary voice in determining that political power structure. So, as Philadelphia prepares for this critical election cycle, a citywide coalition of media and community partners are forming Every Voice, Every Vote, a collaborative journalism and engagement effort for a better Philadelphia.

Every Voice, Every Vote is organized by The Lenfest Institute for Journalism, and today, the Institute announced that it was awarding $1.5 million in grants to 52 media and community organizations across Philadelphia as part of the project. The Every Voice, Every Vote coalition will collaborate to ensure that the priorities and needs of Philadelphia’s diverse communities are central to the mayoral and council campaigns — and that the eventual winners are held accountable once they take office.

Community and media partners like We Talk Weekly, East Point Breeze Neighbors, and Kensington Voice, will create voter guides and conduct voter education initiatives to inform the electorate. They will convene town hall meetings to center community voices. They will also cover campaigns in more than 13 languages to ensure that all community members have access to critical information on candidates. And that’s just the start. We’ll be sharing everything that’s created as part of Every Voice, Every Vote on our website, everyvoice-everyvote.org.

Lead support is provided by the William Penn Foundation with additional funding from The Lenfest Institute, the John S. and James L. Knight Foundation, Peter and Judy Leone, Harriet and Larry Weiss, and the Wyncote Foundation, among others.

Every Voice, Every Vote partners will also have access to a public opinion poll conducted by SSRS, a full-service survey and market research firm known for innovative methodologies and optimized research designs. SSRS has also been a longtime collaborator with The Pew Charitable Trusts, which also partnered with the research team in developing the opinion poll survey, which will be deployed across Philadelphia this winter.

To inform and help shape the opinion poll survey, SSRS partnered with Temple University’s Institute for Survey Research to conduct six focus groups engaging 58 voting-age residents representing 26 ZIP codes across Philadelphia. These focus groups covered opinions on issues facing the city, expectations for the next mayor, trust in local officials, voting behavior, and thoughts on the 76ers Center City arena proposal. When the input from the preliminary focus groups was tallied, the top themes that emerged were, in order of importance to the focus groups:

The Every Voice, Every Vote partners will use this data to inform community forums, town halls, and debates. They will unpack the nuances noted above through in-depth analysis and reporting on the opinion poll results. While the top five issues may not be surprising, the data will help us determine how these issues breakdown by neighborhood, age, and economic status. The SSRS survey will explore these issues and seek input on solutions that participants would prioritize for the candidates vying to represent their interests.

Philadelphia is poised to reshape its political future for the first time in eight years. Our hope is that the near-record level voter turnout experienced during the 2022 midterm elections — 46% of registered voters cast ballots, according to Billy Penn — can be sustained or even improved upon as we head into the upcoming mayoral and council elections.

The future of Philadelphia is on the ballot in 2023, and we want to ensure that every voice is heard and every vote is cast.