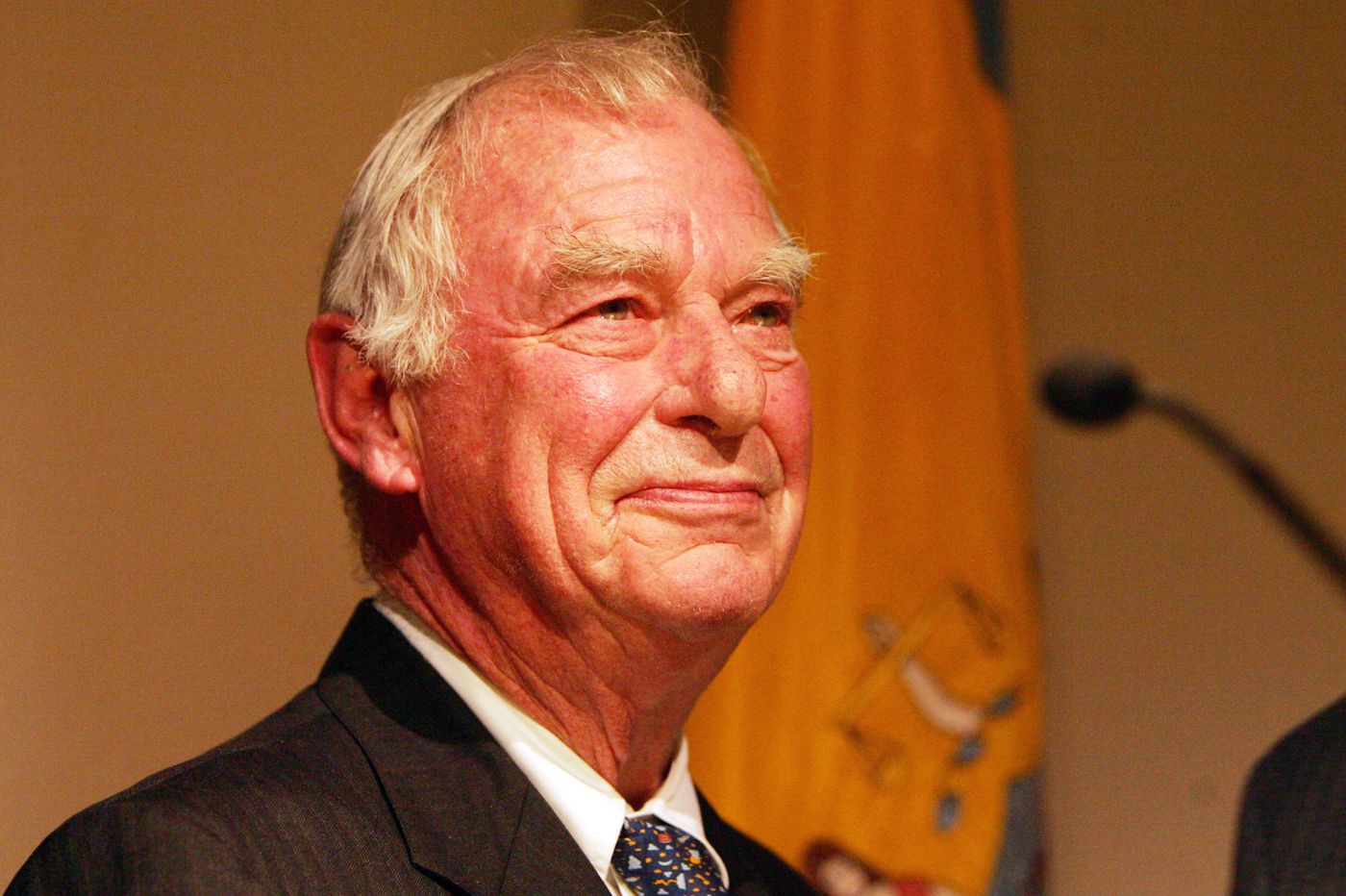 May 29, 2020 would have been Lenfest Institute founder H.F. “Gerry” Lenfest’s 90th birthday. In his honor, we’re sharing this commemoration of his legacy that Lenfest Institute Executive Director and CEO Jim Friedlich wrote in 2018

I first met Gerry Lenfest in 2015, not long after he purchased sole ownership of thePhiladelphia Inquirer, the Philadelphia Daily News and Philly.com. Gerry told me at the time, “I just figured out how to become a millionaire in the newspaper business. It’s easy. You start out as a billionaire, and you buy a bunch of newspapers.”

I met Gerry, who died on Sunday, after a long career at the Wall Street Journal. After leaving the Journal, my team and I had a business that advised major American newspaper owners on the digital transformation of their businesses. The question we always heard from a Chicago Tribune, a Los Angeles Times, or a Baltimore Sun was fundamentally the same: “How do I save my newspaper?”

The question from Gerry Lenfest was much more expansive and profound: “How do we sustain great journalism writ large?” Gerry was especially focused on the business challenges. He asked me, “How can digital technology be used to enable and ennoble news, rather than to destroy it?” He sounded liked an 85-year-old millennial.

But Gerry’s most keen observation — and this was in 2015 — was that we were entering an era when questions of credibility would challenge the news industry.  He warned that as the news business got tougher, some in power would take advantage of its weakness. As Gerry put it, “On the internet you don’t know what’s real and what’s not. Before long, we won’t know what to believe.”

This was more than three years ago.  After a blizzard of phony news, opinion masquerading as fact, and direct attacks on the free press, Gerry turned out — once again in his brilliant career — to be quite prescient.

The Lenfest Institute for Journalism was founded on the belief that a strong local press is fundamental to the health of civic life in the Philadelphiaregion and to our democracy writ large. Gerry saw a critical role for the Institute in helping fund and protect journalism in Philadelphia. He also saw Philadelphia at the epicenter of a national effort to protect and transform local news in the digital age and to protect the democracy we serve.

So now in mid-2018, what is happening here in Philadelphia is one of the most closely watched experiments in American journalism. After a decade of revolving-door ownership and financial instability, the Philadelphia Inquirer, now owned by the nonprofit Lenfest Institute for Journalism, is undergoing a renaissance inspired by Gerry’s vision and funded by his generosity.

Perhaps most gratifying to Gerry, dozens of other Philadelphians have supported the Lenfest Institute with donations of both money and expertise. These include leading venture capitalists and digital media entrepreneurs, prominent money managers, local lawyers, real estate investors, the local community foundation, the deans of journalism schools, and former editors and reporters.

The fruits of these investments are evident nearly every day. In just the last few months, the Inquirer has published unparalleled investigative work documenting the local opioid epidemic, a lead poisoning crisis threatening young Philadelphians, failed safeguards surrounding a devastating nursing home fire, and the plight of area immigrants. These stories, expressed powerfully in both print and digital form, have had tremendous impact on our community.

Some time back I visited Gerry at his apartment on Rittenhouse Square, where he informed me of his most recent gift to support local journalism, a $40 million matching fund that remains in place to encourage other Philadelphians to support important local journalism. I sent him an email to follow up:

“Dear Gerry: It was a pleasure to see you today, as always. I remain both stunned and deeply grateful for your astounding matching gift.

“It is all of our dreams and aspirations in life to accomplish something that is much bigger than ourselves. You have made such enormous contributions to the arts, to education, to historic preservation, to cable television, and now to local journalism. The Institute team and I can only look after one of them, but I am writing to tell you that we intend to do so with all our hearts, our passion and our capabilities. This is an important and lasting legacy for you, for me, for all of our board and team, for the City of Philadelphia, and for American journalism and democracy.

“With greatest thanks and deep admiration. Jim”

“Dear Jim: Your email touched me deeply.  Now get back to work!  Gerry”