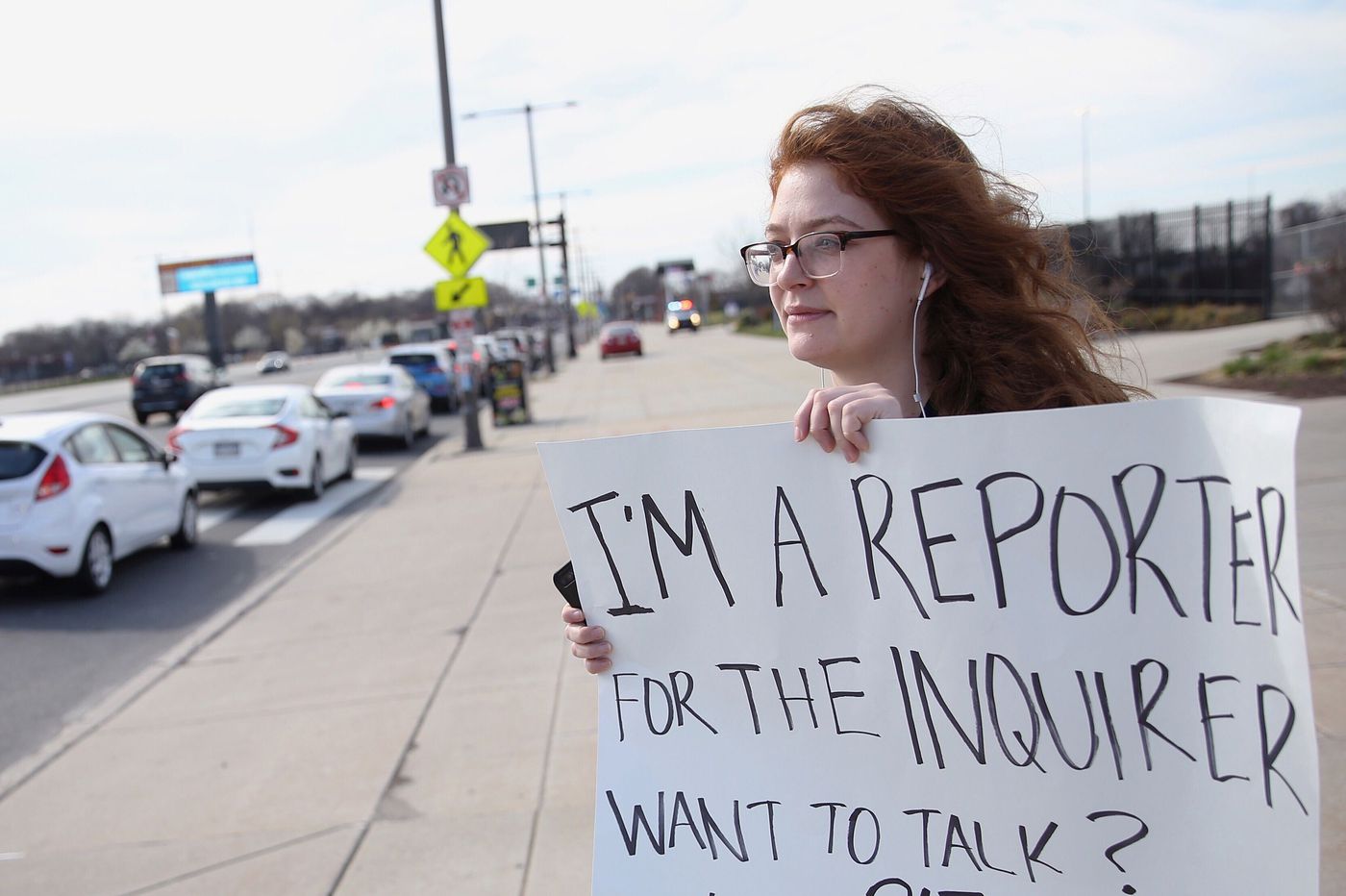 Thanksgiving of 2020 was like no other. Most Americans stayed home on what is usually the biggest travel holiday of the year. For our family, more relatives celebrated by Zoom than around the dining room table. But however we gathered this year, Thanksgiving remains the sole American holiday whose name tells us exactly what we are meant to do. We give thanks. This Thanksgiving– perhaps more so than any before it– I’m giving thanks for great local journalism.

Over the past year a dedicated, skilled, and high-integrity group of local journalists have reported each day and night on Philadelphia and America’s biggest challenges– from a global pandemic with devasting local impact, to a bitterly fought and still-contested Presidential election for which Pennsylvania was ground-zero. In 2020, The Philadelphia Inquirer continued its pursuit of solutions to the clean-up of Philadelphia’s toxic schools, its coverage of a growing epidemic of gun violence, and of poverty in what remains the poorest big city in America. Local journalism spotlighted the challenges facing the city’s arts, education, sports and food scene. As the COVID-19 lock-down took hold last spring, local government officially declared journalists “essential workers.”

It is worth asking why professionally reported, fact-based local journalism is so valuable to our community and to our democracy, what we can all do to help protect it, and what is at stake should it disappear. On this last point, sadly we do not have far to look for answers.

Since 2004, over 1,000 American newspapers have closed. Left in their wake are communities large and small with no coverage of local government, schools, or healthcare. Misinformation and disinformation has proliferated in the place of trusted local news, targeting the very topics we hold most dear– how to protect the health of our families and the integrity of our voting systems and our democracy. Political dialogue has become more shrill and communities’ sense of themselves have suffered or evaporated. No news is bad news.

Philadelphia is now the largest city in America whose flagship local news organization is owned by a community-supported, non-profit organization and dedicated solely to serving the people of the region. Since its 2016 donation by H.F. “Gerry” Lenfest to the non-profit Lenfest Institute for Journalism, The Inquirer– especially its most important watchdog journalism– has been supported by a broad array of local donors and foundations, as well as by everyone of us who subscribes to or advertises in the newspaper in print and online.

With this support, the Inquirer fielded by far the largest 2020 elections team in Pennsylvania, at one stage deploying over sixty reporters, data journalists, editors, photographers and videographers on the story. The Inquirer and its Harrisburg-based news partnership Spotlight PA marshalled their newsgathering resources to offer vital real-time news, data, and policy analysis of COVID-19 across Pennsylvania and New Jersey.

Inquirer journalists were teargassed, arrested, and accused of peddling “fake news,” as they sought simply but bravely to do their essential jobs and to help protect the freedoms we hold

dear. We thank every reporter, photographer and videographer who risked their personal safety, their health and their freedom to cover COVID-19 from a local hospital or violence in the streets of Philadelphia. We thank the thousands of donors and tens of thousands of subscribers to The Philadelphia Inquirer, from across the region and political spectrum. And we give thanks to every reader who has written a letter to the editor, served as a story source, or participated otherwise in the free and open civic dialogue on which our country was founded.

The First Amendment was ratified here in Philadelphia over 230 years ago. But recent history has taught us that the First Amendment in no way guarantees that an independent press has the resources it needs to support the freedoms for which we are all so very thankful. That’s up to the rest of us.