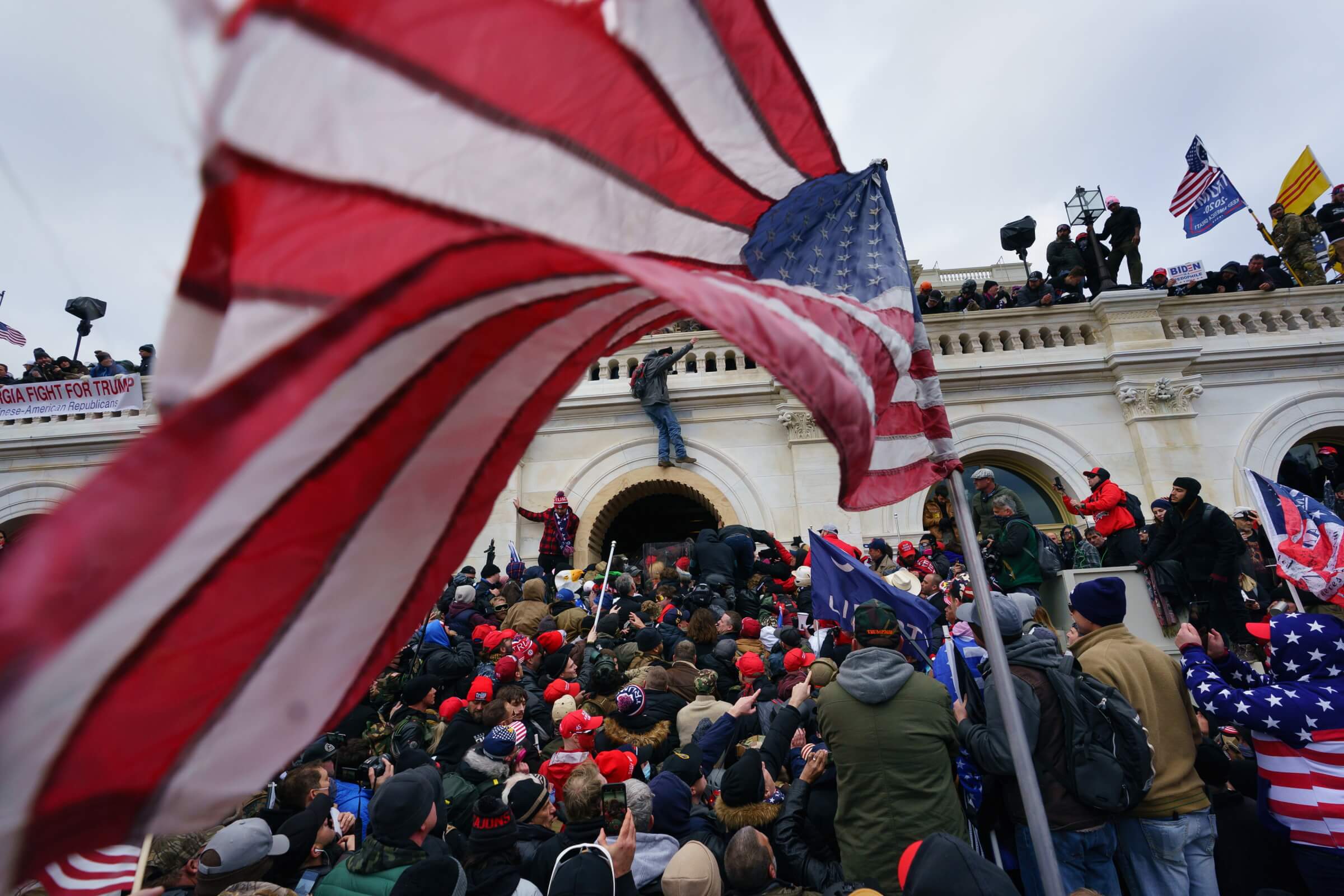 The assault last week on the U.S. Capitol was a strike at the very heart of our democracy and the liberties we value — including freedom of the press.

Journalists from The Philadelphia Inquirer covered every angle of the riot. Reporter Julia Terruso and photojournalists Jessica Griffin and Heather Khalifa documented the violent scene outside the Capitol, while Inquirer reporter Jonathan Tamari reported from inside the House chamber as the chaos ensued.

The Inquirer journalists each published highly compelling real-time reports, and they all made it out safely. We’ve excerpted their recollections and shared some of their work below.

The Lenfest Institute reaffirms our commitment to supporting local journalists and news organizations to ensure they are able to freely report the news and hold power to account.  We denounce anti-democratic and white supremist violence against both our government and the free press.

Now, more than ever our country needs to rely on shared facts and common truth. We look forward to continuing to work together to support the journalism that we need to protect our democracy.

Annie Bryan: Were there any moments when you felt unsafe?

Jessica Griffin: Yes, many. I was frequently standing on a railing, an equipment box or platform, any vantage point from which I could shoot — and those vantage points were all precarious because there were so many people, so things were shaking and moving. The concern was getting accidentally knocked off of a high point, getting trampled. I hoped I wouldn’t get trampled.

Heather Khalifa: People were packed like sardines on the infrastructure that was built for the inauguration. And that, to me, was just a really dangerous, claustrophobic mess. All it took was someone being pushed off by accident. With so much tear gas in the air, and everyone kind of trampling each other, I was shocked that no one really fell off the structures, luckily.

JG: The situation was out of control. I was definitely worried that there were too many people on the scaffolding. I just didn’t know what might happen with so many people, and so many engaging with police in a violent way. It felt like anything could happen – in the end I was relieved that I was not injured.

Read the full Q&A at Inquirer.com

What I saw inside the House chamber as the insurrection at the U.S. Capitol closed in

WASHINGTON — Almost any reporter who works at the U.S. Capitol will tell you there’s an excitement and reverence when you enter the building, even after years of doing it.

You walk over the tile floors, through the Rotunda, past the Senate and House chambers, and you sense the history that has unfolded there. You feel lucky to have a chance to bear witness to more of it. Because of the pandemic and my 2020 election coverage, I hadn’t been there in months, but that familiar feeling hit me again when I returned Wednesday around 10 a.m.

I knew it would be a divisive day, and a very long one (I packed lunch, dinner, and snacks). But I felt privileged to watch what I knew would be a historic and important debate and vote, and bring that scene and information to our readers.

Instead, I ended up describing carnage and fear from inside the House chamber, on Twitter to the world, and in brief texts to my wife.

Read the full story at Inquirer.com

ICYMI: Resources to help newsrooms cover the aftermath of the Capitol attack

In light of last week’s anti-democratic attack on the U.S. Capitol, our Solution Set newsletter curated resources to help you or your newsroom colleagues better cover the aftermath, provide the appropriate context for your communities, and practice self-care.

You can read it here