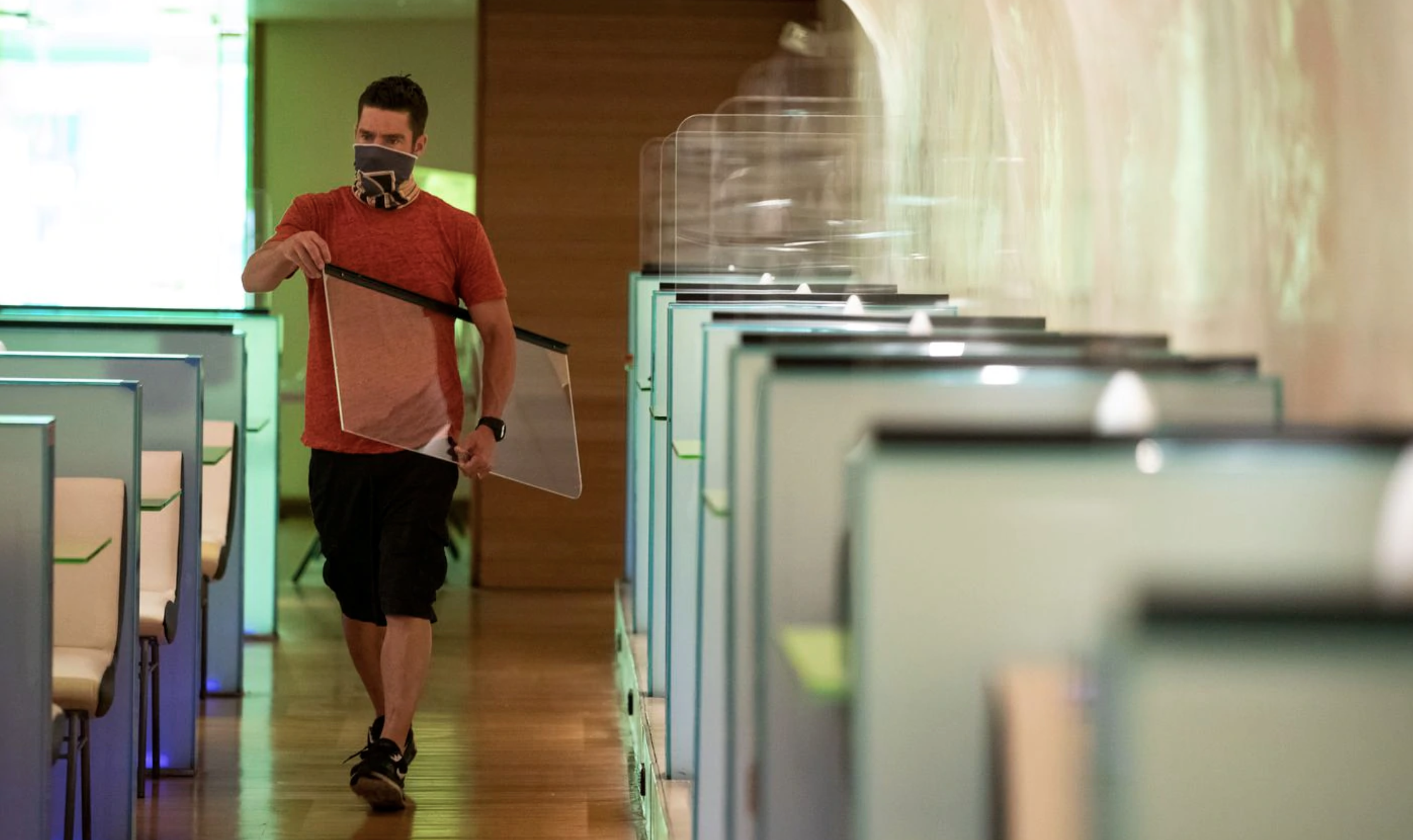 With funding from The William Penn Foundation, The Inquirer and other local publishers to produce solutions-based reporting on equitable economic recovery and job creation in the Philadelphia region

The Lenfest Institute for Journalism and The Philadelphia Inquirer on Thursday announced the launch of “Philadelphia: The Future of Work,” an ambitious, yearlong multimedia project focused on the key challenges and opportunities the city faces as it attempts to create more family-sustaining jobs against the backdrop of both the devastating coronavirus pandemic and global protests against systemic racism.

The Inquirer has hired journalist Ezequiel Minaya to lead the project as its editor. Minaya joins The Inquirer from Forbes, where he served as corporate finance editor. Before that, he spent 9 years as a reporter for The Wall Street Journal in New York, covering corporate finance and business breaking news, and in Caracas where he served as a foreign correspondent. He has also held positions at the Southern Poverty Law Center, the Rice Design Alliance, the Houston Chronicle, and the Los Angeles Times, and spent 13 months embedded as a war correspondent for Stars and Stripes in Iraq. He starts on August 3.

“I have long admired The Inquirer for its history of public service and world-class journalism,” Minaya said. “My hope is that the Future of Work project will add to that legacy. The truth is, what it means to work, to earn a living, has been undergoing a transformation for some time before this eventful year. But the changes triggered by the pandemic, and further fanned by the protests, promise to be seismic and fundamental. It’s our mission to help make sense of it all and contribute to the plotting of a course ahead for Philadelphia.”

Nearly 2.8 million Pennsylvanians have filed for unemployment benefits since mid-March, with a large percentage of those coming from Philadelphia. The Inquirer — together with its partners — will examine the root causes of inequality in workforce development, highlight evidence-based strategies that can lead to stronger quality job growth, and explore proposals for recovery by reporting on best practices from around the country. It will also use the convening power of its Opinion pages to create an open forum for discussion of the policy, political, and cultural changes these transformations will require.

“The Future of Work” project is supported by a $500,000 grant from The William Penn Foundation and managed by The Lenfest Institute, the non-profit, non-controlling owner of The Inquirer. The grant is one of the largest of its kind and positions The Inquirer to lead a national discussion on the critically important subject of job creation amid the ongoing pandemic and the focus on racial justice.

“Philadelphia is particularly vulnerable to significant job losses that will worsen grave poverty levels and increase inequity,” said Janet Haas, M.D., Chair of the William Penn Foundation Board of Directors. “People want and need to work, and our community must identify promising approaches and effective opportunities for employment. Thoughtful reporting will help stimulate conversations among public officials and business and community leaders working to enhance workforce development in the region.”

“The Future of Work project will explore one of the most significant and complex challenges facing Philadelphia. It’s a significant journalistic undertaking,” said Gabriel Escobar, editor and vice president. “We are very fortunate to have such an accomplished and experienced journalist lead the effort.”

Even before the COVID-19 pandemic, Philadelphia had one of the slowest rates of job growth and the highest poverty rate among the largest cities in the United States. The jobs that are being created are disproportionately in low-wage sectors, which means too many working residents and residents of color are leaving the area to find greater opportunities or are stagnating in place in low-level jobs with no future.

The Future of Work’s reporting and community engagement efforts will promote a better understanding of policy actions that could facilitate job creation, support communities of color, and lower Philadelphia’s poverty rate. Coverage will be aimed at both policymakers and business leaders as well as frontline workers striving to find or keep family-sustaining jobs.

About The Philadelphia Inquirer

The Philadelphia Inquirer, a public-benefit corporation, provides essential news and information for people in the Philadelphia region and beyond. Established in 1829, The Inquirer is a leader in local journalism, reaching millions every day through digital and print media. It has won 20 Pulitzer Prizes, journalism’s top honor, for its fearless pursuit of public-service journalism that benefits communities and changes lives. The Inquirer is owned by the Lenfest Institute for Journalism, making it the largest for-profit U.S. newspaper organized under nonprofit ownership. This unique structure allows The Inquirer to receive philanthropic support from donors while also pursuing revenue from subscriptions, advertising, and other channels.

About The Lenfest Institute for Journalism

The Lenfest Institute for Journalism is a non-profit organization whose sole mission is to develop and support sustainable business models for great local journalism. The Institute was founded in 2016 by cable television entrepreneur H.F. (Gerry) Lenfest. The Institute is the parent organization of The Philadelphia Inquirer, a for-profit public benefit corporation dedicated to serving the people of the Philadelphia region.

About The William Penn Foundation

The William Penn Foundation, founded in 1945 by Otto and Phoebe Haas, is dedicated to improving the quality of life in the Greater Philadelphia region through efforts that increase educational opportunities for children from low-income families, ensure a sustainable environment, foster creativity that enhances civic life, and advance philanthropy in the Philadelphia region. The Foundation’s assets exceed $2.3 billion as of December 31, 2018.