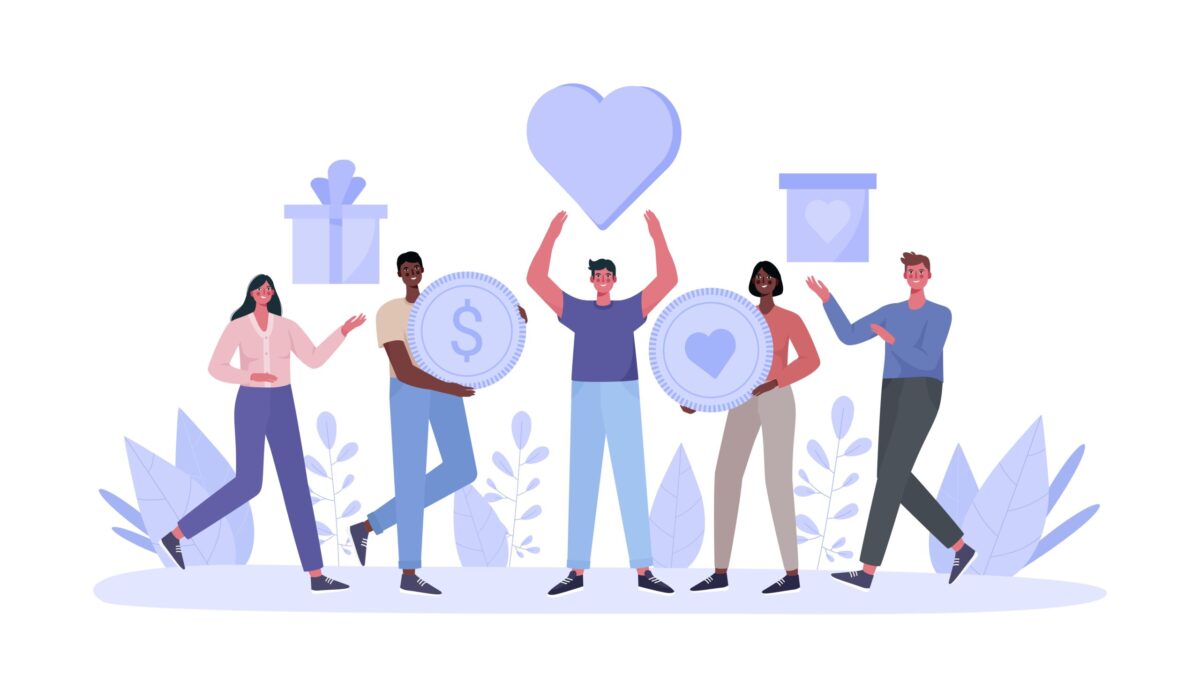 Americans contributed more than $471 billion to charity in 2020, the highest total in more than 40 years, according to Giving USA, an annual report showcasing national trends in philanthropy across sectors.

These findings were shared by fundraising expert Reshunda L. Mahone, the assistant dean for advancement and alumni engagement at Emory University’s Goizueta Business School and member of The Inclusion Firm, at the Lenfest News Philanthropy Summit, along with highlights from another essential publication, Everyday Donors of Color, Diverse Philanthropy During Times of Change, which highlighted that the major motivations for donors of color include initiatives based on faith, self help, reciprocity, and leveling of the playing field.

“The trend of individuals doing the heavy lifting for charitable contributions in The United States is not a new normal,” Mahone said. “However, looking back over the years, what is new is the growth in foundations…a rise of family foundations and other foundations that are doing more to not only attract donors to them but also how they give gifts and grants.”

Individuals gave 69% of all charitable gifts, according to Giving USA. Foundation giving — including community and family foundations, which have been a point of emphasis in news fundraising — increased by 17% in 2020 while corporate giving declined 6.1%, the report found.

Even as giving has increased, competition for those funds has increased as well as there has been growth in the number of nonprofit organizations, according to Giving USA. There were  about 1.2 million 501 (c) (3) organizations in 2009 and now there are more than 1.4 million. That growth has translated to the journalism space as well — for example, more than one-third of nonprofit news organizations that are publishing today did not exist five years ago, according to INN’s annual INN Index report.

“It is becoming increasingly harder to differentiate our organizations among the many others and so we have to be relentlessly consistent with our message of impact and purpose so not only that we can retain the donors that we have but we have the better ability to attract new donors,” Mahone said.

“Diverse donors are employing and adopting new tools and practices to exercise philanthropy, and technology is playing a larger role for diverse donors,” Mahone said. “I would certainly recommend that if you don’t have or haven’t included a crowdfunding type campaign or have a really robust online platform that allows for mobile giving, you may be missing out on the ease and convenience to attract donors of color.”

“It is normal for us to consider charitable giving to be the top measure of philanthropy but I ask that you also consider time, talent, testimony in addition to treasure because this is something that many donors of color certainly identify with,” Mahone said.

Mahone also shared various resources that journalism organizations can refer to further study philanthropic trends in the media space and identify potential funders, including Media Impact Funders’ reports and its searchable map on media funding. The Foundations Map by Candid also provides a searchable global database of donors and the work they fund across the world.

This session alongside the reports analyzed highlight that yes, there is indeed a new normal of philanthropic giving that is emerging. Therefore it is important for organizations to use this data to ensure that their philanthropic strategies align with these trends to expand their donor base and increase their fundraising totals.