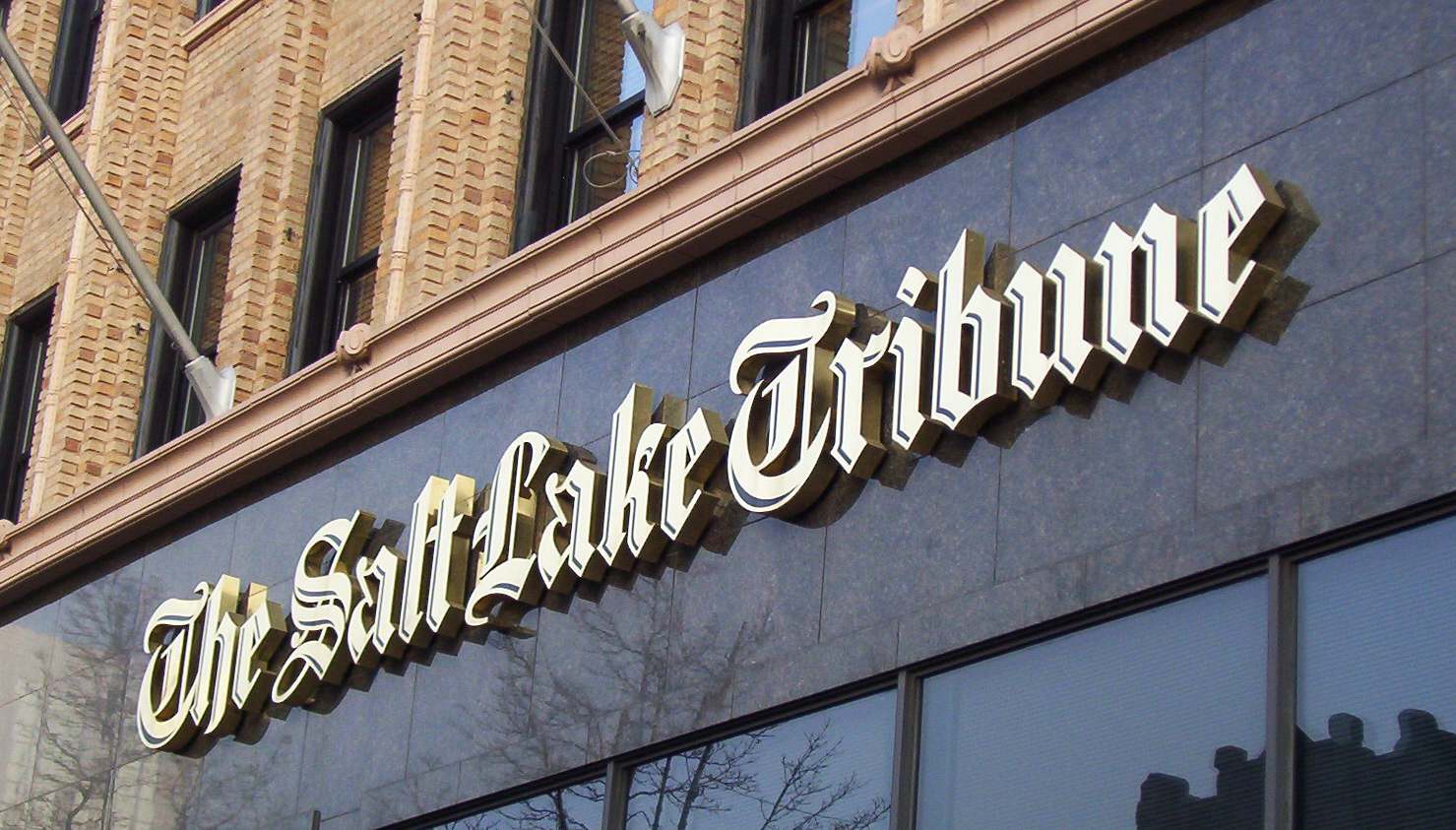 An affiliated nonprofit — The Utah Journalism Foundation — has already received IRS approval, but the Tribune is still waiting to hear back about its own tax status.

When The Salt Lake Tribune announced this spring that it was planning to apply for nonprofit status, the news made national headlines. It’s an unprecedented move — while plenty of nonprofit newsrooms have popped up in recent years, none of them began as a 148-year-old for-profit paper.

In late July, the Tribune hit a key milestone on its path to changing its tax status: The IRS approved the tax-free status for the Utah Journalism Foundation, a new entity created by the Tribune to provide an endowment that would support the paper and other local outlets.

The news received practically no attention. And that was intentional.

“We’ve kind of moved from a quiet pre-fundraising phase to a quiet fundraising phase. We’re not public yet and we’re not making a big stink because honestly, I don’t think the public will care that much about the foundation,” said Fraser Nelson, the Tribune’s vice president of business innovation.

“They’ll care more about the Tribune and that’s where people will engage,” she said.

The UJF plans to support both the Tribune and other news organizations across the state. The foundation is reminiscent of The Lenfest Institute for Journalism’s ownership of The Philadelphia Inquirer in that the Institute supports both the Inquirer and other outlets in the Philly region. The key difference, of course, is that that the Inquirer is a for-profit entity, while the Tribune is planning to be a non-profit.

The Tribune’s goal is to raise an initial $60 million for the UJF that will kickstart a “sizable” endowment, Nieman Lab reported in June.

Nelson is tasked with steering the paper’s transition, and she spoke about the move at the recent fundraising-focused Lenfest Seminar, which brought together leaders from around the country to discuss best practices in journalism fundraising. In her talk at the summit — and in a follow-up interview — Nelson spoke about the reason behind the change, the progress so far, and the challenges and opportunities that come with that 501(c)(3) status.

The decision to change the Tribune’s tax status certainly comes with its growing pains, Nelson said in an interview. She described it as “giving birth to a brand new organization that also has a lot of employees and a lot of legacy activities.”

“I’ve never done that before,” Nelson added. “I’ve started plenty of nonprofits but never with a lot of mouths to feed and a product to get out every day.”

Even though the IRS approved the UJF as a nonprofit, The Tribune is still waiting for IRS approval of its own nonprofit status. Nelson said organizations often receive a set of questions to answer based on their application, but she’s gotten no such request yet.

“I take it as a good sign that they put the foundation through,” she said, speaking about UJF. “And we’re hopeful that it means that they’re moving quickly on the other as well, but obviously it’s impossible to know.”

In the meantime, in addition to raising funds for UJF’s endowment, Nelson is tackling the preliminary tasks that come with starting a nonprofit, from planning the first board meeting to switching over to a new accounting system.

While the IRS may not have yet given its stamp of approval, Nelson doesn’t see any reason that it won’t. In her view, the Tribune has always functioned as a nonprofit of sorts, especially since people in the community feel a sense of ownership over it.

“They get really upset when you drop one of the comics, they write letters to you,” Nelson said. “I mean, there’s not a lot of other businesses where people are encouraged to write you letters and rip your face off.”

As a nonprofit, that sense of ownership would become more literal. Fraser also believes that the Tribune has always performed a valuable public service, making a transition to a charitable organization a no-brainer.

“We’re beholden to everybody whether or not they come to [the Tribune], read it, care about it, know it exists,” she said. “If we’re doing our job, their life is better. And it’s better because we’re holding the powerful accountable.”

WHAT WILL CHANGE — AND WHAT WON’T

Nelson is well aware that merely changing its tax status is not enough to make Tribune a real nonprofit. The IRS requires that nonprofit organizations provide a public benefit, and some question whether all of the Tribune’s coverage serves the public.

How does coverage of the Utah Jazz serve the public interest? Nelson is adamant that the Tribune will (and should) still prioritize topics such as sports, the arts, food — even though some may not see them as particularly charitable.

“The argument we’re making to the IRS is that all of that, in total, builds community,” she said. “We’re not jettisoning any element of our current product, either the way it’s developed or the things that it says.”

An exception? Political endorsements. To abide by IRS rules that prohibit nonprofits from engaging in political activity, the Tribune will have to refrain from publicly supporting candidates (as it has in the past). But the Tribune’s publisher and owner Paul Huntsman has indicated that would be a non-issue.

“I’m looking forward to getting out of the endorsement business,” Huntsman told the New York Times in May.

Instead, the Tribune is continuing to take steps to ensure it is more responsive to the needs and wants of its community. That means committing to community engagement activities, like the “Why Utah? — East West Series”: a project which facilitates dialogue in a Facebook group and in-person events in order to bridge the gap between the majority white and Mormon East Bench side of the city with the racially diverse and economically struggling West Strip.

The Tribune has also conducted surveys with existing readers and non-readers for suggestions as to how the paper can improve.

As a (soon-to-be?) nonprofit, donations — whether they’re small or large — will be a major source of the Tribune’s revenue. But if the paper wants to stay afloat, it needs to start seeking supplementary revenue streams.

Even more challenging, though, is the pressure to cut existing revenue — namely, the Tribune’s pay meter. Nelson says that many foundations prefer to fund newsrooms that keep their content free, a prospect that is unfortunately unrealistic for the Tribune.

“Well, that’s one thing if you’re starting up, it’s another thing if you have subscribers and that’s your revenue source,” Nelson said. “So we can’t cut ourselves off at the knees as we make these really important long term decisions about our sustainability.”

Nelson said the Tribune is playing around with several revenue ideas, including reviving and selling access to Utah’s Right to Know, a database of state public employees’ salaries (think ProPublica’s Data Store).

Another idea is to hold more events, like its annual Salt Lake City Food Truck and Brewery Battle.

Nelson is far from intimidated by the challenge, though. Instead, she sees this transition — and the revenue questions that come with it — as an opportunity to make the Tribune more valuable and attractive to Utah residents.

“It gives us so many wonderful excuses to do what reporters naturally do, which is to engage with people where they’re at,” she said.