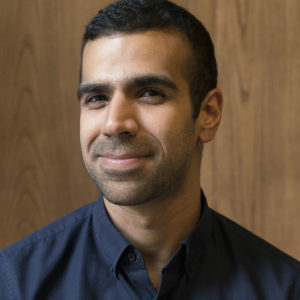 Ajay Chainani is an engineer in the Lenfest Local Lab. Ajay is a software engineer with years of experience helping build and advise startups in the United States and Japan. He specializes in iOS development and has helped build multiple award winning mobile applications, including Spring, which was recognized by Apple as one of the “Best Apps of 2014” and Sonar, which launched at TechCrunch Disrupt NY 2011 and won second place in the Startup Battlefield Competition.