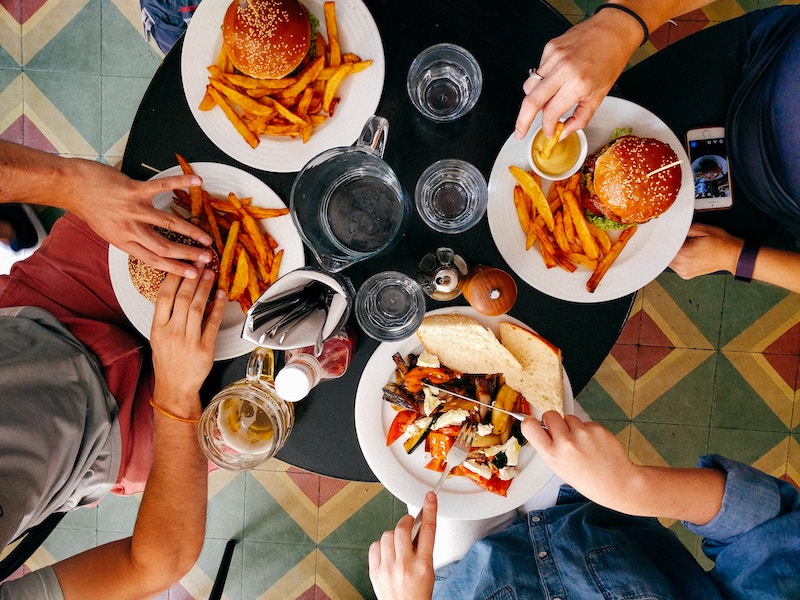 Earlier this summer, a group of education reporters and editors from Southern California Public Radio sat down with a group of parents and caregivers. They were meeting for lunch.

The gathering was part of the station’s Feeding the Conversation series. These gatherings bring together community members and journalists from the Los Angeles-based station’s brands — KPCC and LAist — to learn more about how coverage can be more relevant and reflective of the community.

This particular conversation was focused on education, but the series has covered a wide array of constituencies and topics.

This week in Solution Set we’ll dig into Feeding the Conversation to learn more about how KPCC uses the series to diversify its coverage, how it frames the discussions, and why food can be an important tool to bring together community members. (A quick disclosure: The Lenfest Institute has funded KPCC through the Community Listening and Engagement Fund, though this isn’t directly related to this report.)

Solution Set is a weekly report from The Lenfest Institute for Journalism. Every Thursday, we take an in-depth look at one rad thing in journalism, share lessons, and point you toward other useful resources.

Welcome to all our new subscribers who learned about Solution Set from Editor & Publisher and the Hearken Engagement Innovation Summit. Last week, I facilitated the first-ever Solution Set Live! discussion at the Hearken summit, which applied the Solution Set format to a series of on-stage case studies on engaged elections coverage. I’ll share much more from the Summit soon, but click here to catch up if you want to catch up on the awesome case studies we highlighted at the conference.

• The Challenge: Feeding the Conversation started almost by accident. KPCC was looking for a better way to speak with parents about Common Core requirements.

• The Strategy: Over the years, KPCC has developed a targeted focus for Feeding the Conversation. It identifies specific communities for these invitation-only discussions.

• The Numbers: Each gathering averages about 25 participants. Feed the Conversation has become a regular part of KPCC’s engagement strategy.

• The Lessons: The station intentionally creates discussion questions that encourage people to open up and foster honest conversations and transparency.

• The Future: KPCC is planning to hold Feeding the Conversation gatherings in additional locations around Los Angeles and online.

• Want to know more?: Scroll down to learn more about KPCC’s other engagement projects and how other news orgs are thinking about in-person discussions.

What ultimately became Feed the Conversation started out casually.

It was 2015, and Southern California Public Radio’s education editor was trying to report on the impacts of Common Core curriculum. But nobody was responding.

“We can’t get parents to talk about Common Core. We don’t really know what they want or need. We don’t know what they know,” said Ashley Alvarado, Southern California’s Public Radio’s director of community engagement.

So the station tried another tack: It invited parents from the LA school district over for lunch to discuss the issue.

Through its involvement in the Public Insight Network and with reporters’ own connections, the station, which goes by its call letters KPCC, was able to invite about a dozen parents to participate.

KPCC reporters sat around tables and chatted with the parents. Instead of asking the attendees explicitly what their challenges were, the discussion focused more broadly on Common Core and public education. This allowed the reporters to get more detail and have more nuanced conversations. (Scroll down to The Lessons for more on how KPCC’s team thought about how to best frame the questions and discussion topics.)

Within the first week, the station aired a number of stories that came directly from the lunch session with parents.

“Very quickly, we were like, oh, this worked,” Alvarado said. “So we started to think about other areas where we could do this.”

KPCC kept trying new ways to use the Feeding the Conversation approach.

Beyond discussions of education, it brought communities together to discuss issues around water issues and other topics. The station also used the Feeding the Conversation format to re-think Take Two, its midday local news show.

The show launched with a mandate to grow the station’s Latino and African American audiences, and while Alvarado said the show was doing a decent job attracting those listeners, it wanted to continue to diversify its audience, particularly with Asian American listeners. (“I’m speaking very broadly right now, and there are a ton of nuances and different experiences within these groups,” Alvarado said.)

It was during this time that KPCC really developed the strategy that it’s been able to apply with Feed the Conversation across the station and over a variety of topics.

Each Feeding the Conversation session tries to create a proactive environment for discussing the core issues. Instead of asking participants what media is doing incorrectly, the station asks people open-ended forward looking questions such as “Imagine mainstream media or KPCC is getting your story exactly right,” Alvarado said. “What would it look like and how would you realize it?” (More on this in the Lessons.)

Each session lasts 90 minutes. They are mostly always over lunch, and KPCC provides food. Each Feeding the Conversation gathering targets a specific community, and the station will conduct targeted outreach to make sure that the right people are there.