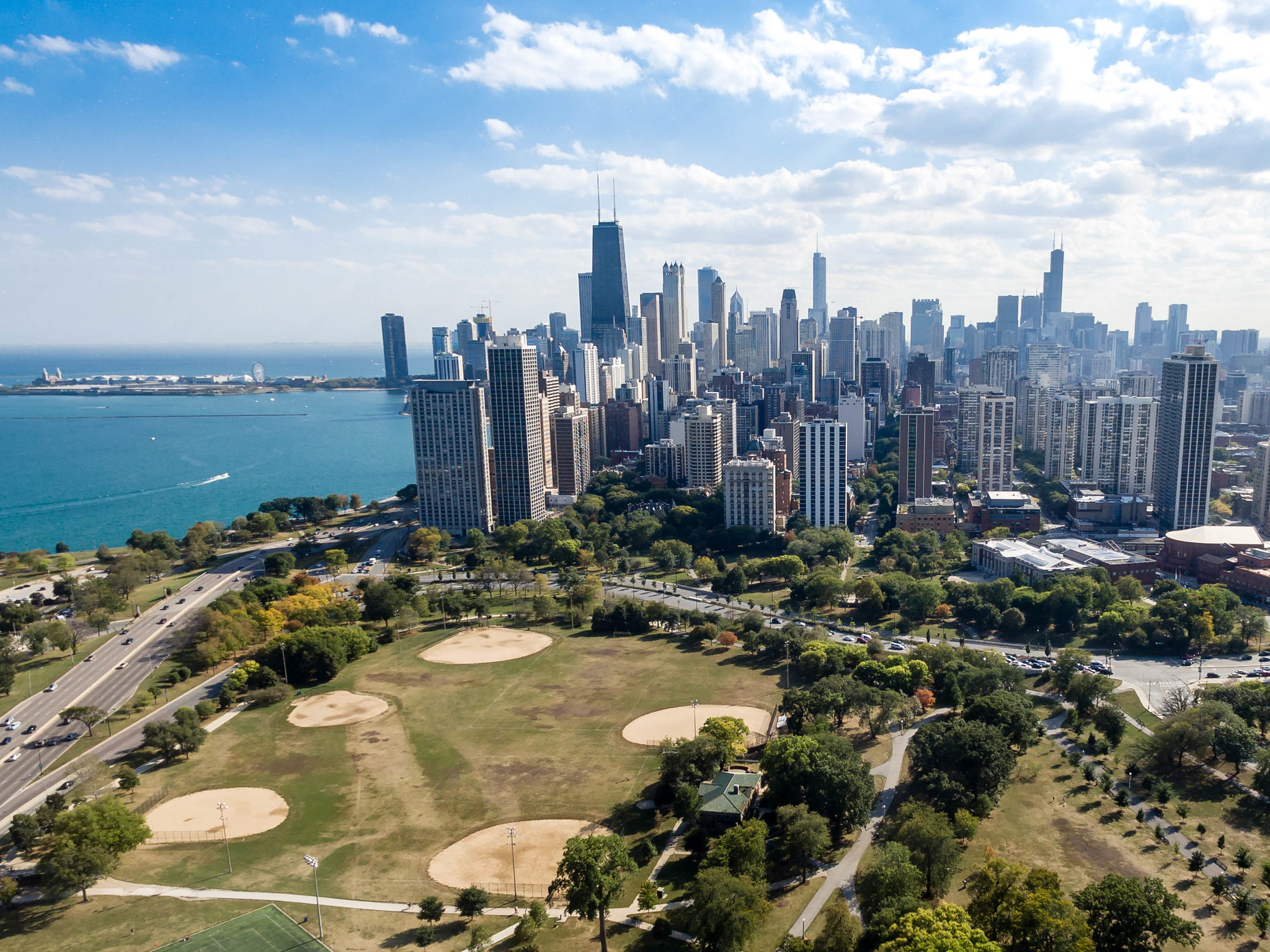 This January, a new newsroom launched in Chicago: La DePaulia.

With a team of 15 editors and writers, La DePaulia is a Spanish-languate offshoot of The Depaul University student newspaper, The DePaulia.

La DePaulia was conceived and began publishing within two months in response to the closure of Hoy, the city’s Spanish-language newspaper.

“As I saw that there was a decrease in the coverage of our Latinx community and even more publications shutting down, I knew this was the time to act up and begin forming a team and begin forming our own Spanish publication,” La DePaulia Editor-in-chief Hillary Flores told me.

This week in Solution Set, we’re diving into how La DePaulia built itself up from just an idea flying around a basement newsroom to an actual publication.

Solution Set is a weekly-ish report from The Lenfest Institute for Journalism. We take an in-depth look at one interesting thing in journalism, share lessons, and point you toward other useful resources.

• The Challenge: After Hoy’s demise, The DePaulia’s staff saw an opportunity to better serve the Lantix community at DePaul and in Chicago.

• The Strategy: The team behind the Spanish-language site, La DePaulia, spent two months recruiting staff, developing a content strategy, and launching the site. It went live in January.

• The Numbers: La DePaulia has a staff of four editors and 16 contributing writers. It publishes an average of six stories per week.

• The Lessons: The team behind La DePaulia has been incredibly intentional about diversity, equity, and inclusion throughout every step of the launch process. The paper’s leadership also gave the team room to experiment with the product.

• The Future: Currently managing two sections, news and opinion, La DePaulia plans to expand its staff to add on a sports and entertainment section.

• Want to know more?: Scroll down to read additional coverage of La DePaulia and find more resources for Spanish-speaking newsrooms.

In November 2019, Tribune Publishing, the parent organization of the Chicago Tribune, announced that it was closing Hoy, its Spanish-language publication covering Chicago.

Hoy’s closure was met with disappointment from both Chicago’s Lantix and journalism communities.

Editors and reporters at The DePaulia, the student newspaper at Chicago’s DePaul University, were also struck by the news.

DePaulia social media editor Hillary Flores and contributing writer and photographer María Guerrero wrote a story about Hoy’s closure, which they published in both English and Spanish.

Students and community members reacted strongly to the stories. Flores had already advocated for publishing a Spanish-language Twitter feed and email newsletter, but the DePaulia team realized there may be an opportunity for them to expand their offerings in Spanish to better serve the community in the wake of Hoy shutting down.

They decided to launch La DePaulia, a Spanish-language version of the paper.

Realizing a market opportunity, The DePaulia quickly set out to launch La DePaulia.

“We do not bear the resources of a Tribune-sized newsroom, but we also are fortunate enough not to rely exclusively on our own revenues. So instead of writing stories critical toward the Tribune’s decisions, we will tap into a passionate community of Latinx student reporters and editors at DePaul and give them a platform to fill the void as best as they can,” The DePaulia editor in chief Shane René wrote in a column introducing La DePaulia.  “This is a community that The DePaulia has reported on in the past, but never as well as we could. We hope that with La DePaulia we can build a formidable connection with a community that has long been overlooked and deserves their story told in their own language.”

Flores was named editor in chief and Guerrero took on the role of managing editor.

Flores and Guerrero previously held other roles at The DePaulia, but René, afforded them a budget and autonomy to build out a new team.

La DePaulia published its first stories on January 12, and the team behind La DePaulia spent the two months between ideation and launch developing a publishing strategy and recruiting staff.

There is a student chapter of the National Association of Hispanic Journalists at the university, and the La DePaulia staff turned to the club as a main source of recruitment. Flores and Guerrero attended club meetings and reached out to editors and reporters individually.

“I reached out subtly through social media, I started emailing them slowly one by one and a lot of people were interested,” Flores said.

By the end of this initial search process, Izabella Grimaldo and Jonathan Aguilar joined the team as Opinions Editor and Multimedia Editor, respectively. Aguilar, a senior journalism major, held the Assistant Photo Editor position at The DePaulia before joining the new staff. Grimaldo, a junior journalism major, ran her personal blog — Latinos Impacting Chicago and their communities — before becoming a member of the leadership team.

These four established the structure and dedication needed for a final product. Each week, contributing writers submitted their articles to be finalized by the four editors on Sunday nights in time for Monday morning publication and distribution. (The DePaulia publishes its weekly print edition on Mondays, hence the Sunday production.)

Once the editors got in the rhythm of translating articles while producing their own stories written originally in Spanish, the publishing schedule expanded and the team is now publishing articles throughout the week.

La DePaulia has published stories about neighborhood events, restaurants in the area, local and national politics, pop culture, and entertainment. This wide array of stories is divided into the news or opinion sections.

La DePaulia accepts stories written in both Spanish and English. English submissions are translated into Spanish by the team of editors — Flores, Guerrero, Grimaldo and Aguilar.  La DePaulia decided to publish stories from English speakers as well as Spanish speakers because they wanted to make the section inclusive and representative of those in the Latinx community and those who want to tell their stories.

“We want to go beyond our college campus and go out into the streets, interview our community and give our community a voice,” said Flores. “The vision for our publication is for our Latino communities to show that there are no borders set upon stories.”

In addition to its four core editors, La DePaulia has 16 contributing writers. Just yesterday, it announced it was adding five new staffers.

The site couldn’t share specific performance metrics on its stories, but during its first three weeks of publication in January, La DePaulia put out an average of six stories per week. As the site has gained more contributing writers and ironed out its workflow, however, it has been producing closer to 10 stories per week the past two weeks.

Flores said stories averaged “hundreds” of pageviews, and they have been shared on social media by both students and Chicago residents. The publication’s Twitter account has amassed 247 followers in just over a month of publication.

• Empower innovation:  One of the reasons La DePaulia was able to move quickly from idea to launch was because staff members with the ability and know-how to create a compelling Spanish-language product were afforded the autonomy to execute.

The DePaulia’s leadership gave Flores and Guerrero the budget, support, and autonomy they needed and then they got out of the way. It’s become a cliche, but this case is an example of a newsroom moving fast and innovating. The DePaulia team was able to focus on putting out a minimally viable product, and they’ve continued to iterate on their strategy post-launch.

“DePaul has an interesting relationship with diversity. But they try to preach that, especially within the journalism community here,” René, the editor in chief, told the Chicago Tribune. “It just seemed like a perfect opportunity to do something that we talk about all the time but never actually get off the ground.”

By giving power to trusted newsroom staffers and eliminating red tape, The DePaulia was able to create an innovative new product that connects with the community. Freedom to experiment allowed Flores and Guerrero to find the structure that works for their team as a newsroom.

• Inclusion takes work: From its founding, La DePaulia has been intentional about creating an inclusive and representative newsroom.

LaDepaulia decided to accept stories originally written in both English and Spanish because they wanted to make sure their coverage was representative of the entire community — both on-campus and off-campus.

But that requires the team to spend more time not only editing stories but translating them as well. Figuring out small details for slang and word choice to keep translation as accurate to the English original as possible makes inclusivity the more difficult path. If they had strictly kept to pieces in Spanish, their workload as editors would be considerably lighter. Instead, they chose the route with longer hours and higher demand but more perspectives and voices.

While it certainly would have been easier just to post announcements on social media or in the paper, by actually making personal outreaches to applicants, the team was able to draw a bigger pool of potential writers.

Newsrooms — no matter if they are run by students or professionals — must think about how they can get outside the walls of the newsroom to meet their community.

And even though La DePaulia’s editors are extremely busy — they’re full-time college students too, after all — they decided it was worth it.

“As college students, we still have jobs and classes to balance on top of the newspaper. We were so proud to start this and have this breakthrough,” said Flores, “but of course that comes with a lot of sleepless nights and sacrifices.”

Establishing news and opinion sections was the initial goal for the La DePaulia team, but they are looking to further expand their staff.

Given the lively music, arts, and sports scenes in a Chicago, these new sections would be big undertakings for the staff to keep up with but would be vital additions for bringing in more readers. Writers have been producing stories about music, movies, and sports for La DePaulia. The team just needs to bring on a Sports Editor and Arts & Entertainment Editor to expand the offerings.

Aside from building specific sections, the team of editors is looking to continue building something that will continue long after they graduate from DePaul. Longevity is a continuous goal for the team, making the young publication a lasting piece of the campus and Lincoln Park community.

“We didn’t want this to be another shutdown,” said Flores. “We want this to continue for years to come and not have this be a one-time thing.”

• La DePaulia’s launch has gotten a lot of media attention. The site was featured in the Chicago Tribune, which is where we learned of it, and Flores was also interviewed on NPR’s Weekend Edition.

• Here in Philadelphia, The Philadelphia Inquirer, which is owned by The Lenfest Institute, is experimenting by publishing in Spanish with El Inquirer. Billy Penn reported on the project.

• Sembra Media has created a Spanish-language tool kit for entrepreneurial journalists looking for tools and services to better connect with their audiences. (The project was supported by a grant from The Lenfest Institute.)

Is your newsroom publishing in different languages? What kind of experiments are you running? We’d love to hear about your experiences. Feel free to reach out with any questions or comments.

We’ll see you next week!