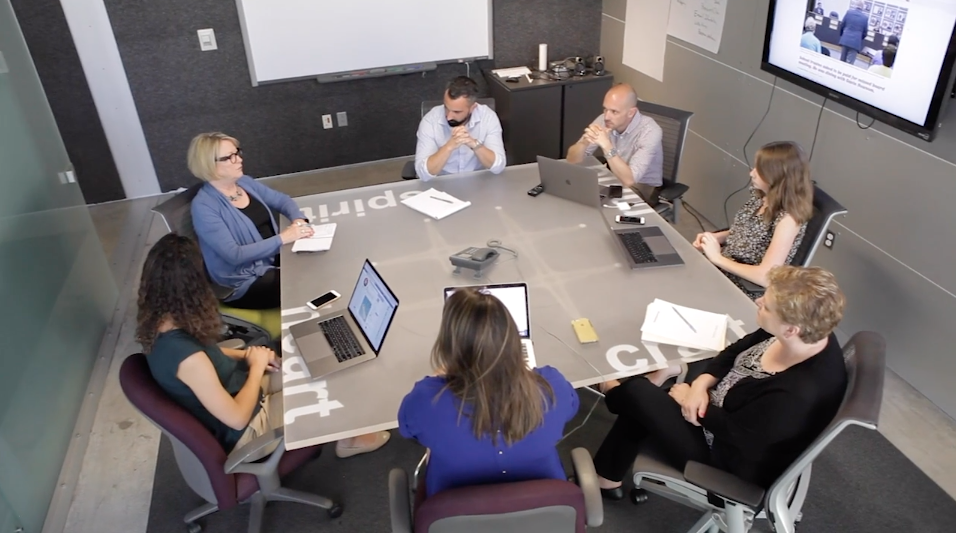 In early April, readers of inewsource, the San Diego, Calif.-based nonprofit investigative site, received an email from Karin Winner, president of the site’s board of directors.

“This past month has been unprecedented in so many ways,” Winner wrote. She continued: “We know you agree that fact-based news is a necessity. Especially now. If you’re able to make a monthly donation to get us through this crisis, please do so now.”

This was the kick-off of a three-day fundraising campaign inewsource launched in response to the coronavirus pandemic. While the nonprofit regularly fundraises, this was a unique approach for the site: it enlisted its board to create a matching challenge.

This week in Solution Set we’re going to dive into the thinking behind inewsource’s campaign and learn more about how it utilized its board of directors to help grow the impact of its fundraising. Even though inewsource is a nonprofit newsroom, there will certainly be lessons here for for-profit outlets as well.

Solution Set is a weekly-ish newsletter from The Lenfest Institute for Journalism. We take an in-depth look at one neat thing in journalism, share lessons, and point you toward other useful resources. Thank you to Democracy Fund’s Christine Schmidt who introduced me to inewsource Executive Director Lorie Hearn for this story.

Before we get to the TLDR, a quick disclosure: The Lenfest Institute has funded inewsource through The Community Listening and Engagement Fund, though that had no impact on our coverage here.

• The Challenge: At the onset of the pandemic, inewsource wanted to make the most of the surge of interest in local journalism.

• The Strategy: The nonprofit site launched a three-day fundraising campaign that featured an $18,000 match funded by its board of directors.

• The Numbers: inewsource raised more than $20,000 in addition to the match.

• The Lessons: By utilizing a dollar-for-dollar match and leaning on its board as valuable ambassadors, inewsource was able to create a successful campaign.

• The Future: The site is continuing to build out its fundraising capacity.

• Want to know more?: Scroll down to learn more about fundraising best practices.

In March, as lockdown orders went into effect, and as the broader public began to grapple with the scale of the COVID-19 pandemic, many news organizations had to re-assess their businesses.

The San Diego, Calif.-based investigative nonprofit inewsrouce was among them. The site was founded in 2009, and now has a staff of 13.

But the bulk of inewsource’s revenue comes from philanthropic support — both from foundations and individuals — and Lorie Hearn, the site’s executive director and founder, was worried about the impact of the pandemic on the inewsource’s fundraising prospects.

“We weren’t sure if people were going to continue to support journalism,” Hearn said. “We were fast approaching the end of our fiscal year on June 30, and we wanted to see what [the response would be.]”

To both test the theory and take advantage of a possible surge in interest due to coronavirus, inewsource decided to launch a sprint fundraising campaign in early April.

inewsource typically runs a handful of fundraising drives each year, but given the gravity of the pandemic it decided to run its first-ever sprint campaign.

It ran a series of solicitations over three days in early April, and it added in another aspect for the COVID-19 fundraiser: A challenge match put up by the publication’s board of directors.

The idea came out of a meeting of the board’s development committee. The match meant that every dollar raised up to a certain point would be matched dollar-for-dollar. When the pandemic hit, they called an emergency meeting of the committee to try and understand how it would affect inewsource’s fundraising efforts.

“Out of that came this three-day campaign and the suggestion from the committee for the match,” Hearn said.

Every board member contributed at an amount that they felt was appropriate, resulting in the match being set at $18,000. (Scroll down to The Lessons for more on how the board was involved and the value of a match.)

The site ran the campaign over three days and also promoted it on social media. The emails came from Hearn and inewsource board president, Karin Winner, a former editor of The San Diego Union-Tribune.

“We all felt that it was a little dicey to ask people for money when people are losing their jobs and things are uncertain, but at the same time we wanted to test the waters to see how engaged people were,” Hearn said.

It hit the match just after 11 p.m. on the third day of the campaign.

In its fiscal year that ended last June, inewsource brought in $1.1 million in revenue.

For this campaign, it sent 5 emails, including two it sent on the evening of the third day to encourage last-minute donations. You can see all of the emails here.

You can learn more about how each email performed from this presentation that Hearn gave at an INN webinar recently.

• Challenge your donors: Challenge grants can be a powerful motivator — both to encourage individual support and as a way to facilitate larger donations.

Individuals who are making smaller donations appreciate the match because it makes them feel as if they are doubling their impact.

“People like to give when there’s a match,” Hearn said. “They feel like they’re stretching their support.”

Similarly, high-net-worth individuals and foundations appreciate matching campaigns because they can be a useful tool to bring in new donors and broaden an organization’s base of support.

• Board members are your best ambassadors: Every organization has a board of directors to act as financial overseers of the organization, but if utilized successfully, board members can help with outreach and broader support of the newsroom. Hearn said she regularly sees members of the board representing inewsource in the community.

“They’re out in the community doing that on our behalf,” she said. “That’s their most important job: To be our ambassadors.”

It was a powerful message for inewsource to say that every board member contributed to the matching campaign and that they all believe deeply in the publication’s mission.

At one point, inewsource had a minimum giving requirement for its board members, but it changed that policy in recent years because it wanted to bring on younger board members.

“That can really hamper your ability to diversify your board in terms of age, and [eliminates] other people who have great skills and expertise,” Hearn said.

Still, she said it’s critical that everyone on the board financially supports the organization if it’s a nonprofit. Why would someone donate “if your board doesn’t even give you money?” she said.

This campaign was also the first time inewsource sent a fundraising message from Winner, its board president, and the email from her was the most successful message of the campaign.

“It was effective,” Hearn said.

• Highlight your readers: Audience members can also be outstanding ambassadors for your publication.

For example, in this campaign, inewsource highlighted quotes from local medical professionals who read and supported its coverage of the coronavirus.

“I use inewsource for information I can trust, always have. Their medical reporting is well researched and accurate,” inewsource quoted one reader, a local doctor and medical school professor, as saying in the fundraising email.

Readers are more than just sources of revenue, by leaning on their expertise for both fundraising and editorial purposes, newsrooms can deepen their relationships and build more loyalty.

inewsource’s focus will continue to be on producing great journalism and fundraising to support that work.

“I put my full energies into it,” Hearn said.

The site also has an engagement manager who is responsible for working individually with many donors. They’ve built out a group called the Spotlight Club for people who give $1,000 or more each year. Donors get special recognition on inewsource’s website and they are invited to a couple of exclusive events each year.

“People like to be part of a club,” she said.

And the site plans to continue to expand its revenue operations. It is part of the first cohort of American Journalism Project-supported outlets, which provides support for the site to hire a business team.

“If we are successful in the next three years, we will build a model that can be replicated in other newsrooms,” Hearn said.

How has the pandemic affected your newsroom? How have you had to change your processes? What’s been the impact on your revenue? Feel free to reach out by replying to this email if you have any questions or any stories you’d like to share.

Thanks, and see you next week!