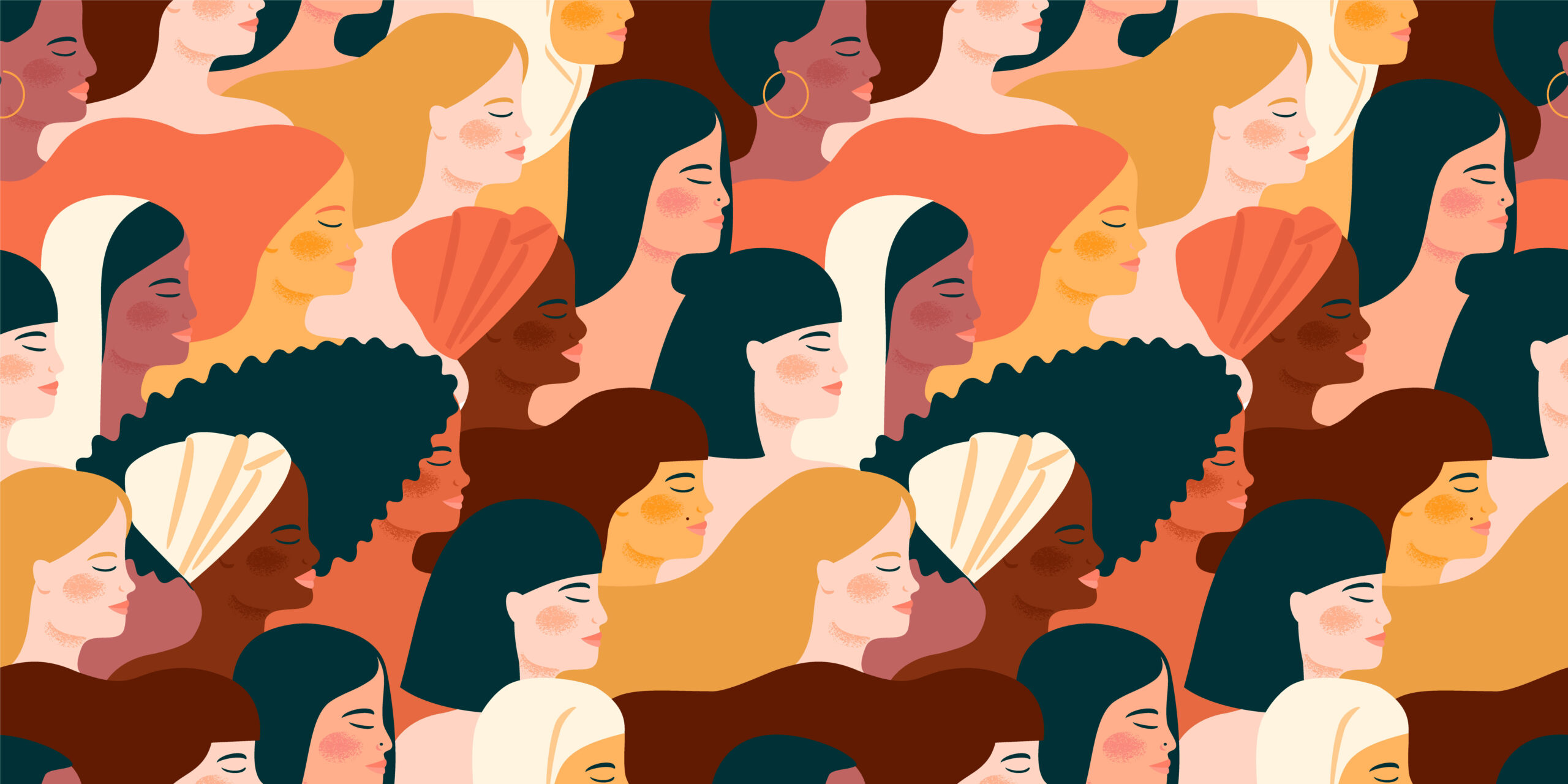 Welcome to the second installment of Women in Journalism, our celebration of Women’s History Month. This issue is focused on The Path.

This week, we will learn about how women are represented in the journalism industry, discuss struggles they have faced competing with male counterparts, as well as the opportunities that being a woman in journalism have opened up for them.

I’m Maddie Vassallo, a Communications Co-op at The Lenfest Institute. I had the idea a few months back to highlight the experiences and wisdom of women in journalism, and that idea has become a wonderful month-long celebration of leading women in the journalism industry.

My colleague Kyra Miller and I met with ten amazing women working in journalism that come from all different backgrounds, areas of reporting, and points in their career and asked them all the same nine questions.

Last week, we spoke with them about how they got started in their careers in journalism. Our next, and final, installment will focus on how they’re mentoring the next generation of women leaders. You can catch-up and subscribe here.

All of these women have worked to carve out their own path, opening up opportunities for the women behind them, and I hope that their wisdom can instill courage in the young women looking to enter this important field.

Here are the ten incredible women we interviewed for this project:

1. How do you feel women are represented in your area of reporting? How do you think the business challenges facing the news industry have impacted the representation of women in your field?

AKOTO OFORI-ATTA, Co-founder and Executive Editor, Capital B: I’m an editor, and I can say with certainty that newsrooms suffer when there isn’t an adequate representation of women in leadership. Point blank, period. It is clear that the work is better when your newsroom is more representative and diverse. I think the industry has a long way to go with women, specifically women of color, being sought after, and trusted with making decisions.

ERRIN HAINES, Editor at Large, The 19th*: Women are not nearly represented enough in political journalism, especially when you consider the fact that women are the majority of the United States population and the majority of the electorate in this country. You would think that we are some sort of special interest group! That is how women are treated – like only certain issues matter to women. Like no, all issues are women’s issues.

KRISTEN HARE, Editor, Locally at Poynter: I am one of a few women who cover the media. Most people covering the media, at least most that are well-known, are white guys. There are more white women than there are women of color and men of color. It is a perpetual cycle – we are drawn to the things that are like us. I think it hurts coverage of the media when we don’t have people who look like different communities and it just reflects the problems of newsrooms everywhere – that they are too white and too male.

One of the things I’m really excited about is that some of the best and brightest examples of hope for our future are coming, right now, from women in local journalism. Elizabeth Green at Chalkbeat and the American Journalism Project, Sarah Alvarez and Candice Fortman at Outlier, and Mitra Kalita are examples.

REBEKAH MONSON, Co-founder and COO, WhereBy.Us: We’re all trying to basically rebuild an entire business model, and I think women have been on the forefront of that. At every major journalism institution, if you look around, there are really smart women who are figuring out these big questions about product technology, revenue models, and how we bridge the gap between that and our mission. It’s not a perfect representation by any stretch, but I think it’s a very promising part of the industry for women in many ways.

CHABELI CARRAZANA, Economy Reporter, The 19th*: Initially, when I first started covering the economy, I think I was the only woman reporter on the business desk. The editor was a woman as well, but I was very often in meetings where I was the only woman in the meeting. I was also a young woman, so it’s really hard for people to take you seriously, not necessarily because you’re not approaching the job seriously or your questions aren’t good, but there is just this initial bias that you have to overcome.

DANESE KENON, Director of Video & Photography, The Philadelphia Inquirer: I think there’s a lot more women in this field, but many cannot see places for themselves beyond being on the street. There are more female editors, but I think we still need to do a better job because I don’t think they feel as supported as they could.

That’s up to us. That’s up to management. That’s up to up to us to say, “I see your work. Have you ever considered being a photo editor?” I don’t think they’re getting asked those questions. They put the work in, but what’s their path? I have another 25 years until retirement, but who’s taking my place? I think we need to start looking at that right now if we want to develop future leaders.

2. Do you feel like you need to make sacrifices in your personal life to compete with male coworkers?

KRISTEN HARE, Editor, Locally at Poynter: I don’t feel like I have to make sacrifices in order to keep up with men. I am a better reporter because of the body that I live in and my experiences in the world, and hopefully more empathetic to try and understand the experiences of people who don’t look like me. I think they have to keep up with me. If we have learned anything in this pandemic, it’s that mothers are fucking awesome and are doing all of the things at once and that is not easy. This is nothing new. The ability of women to have great careers and be good partners and support their families or raise children, or not – all of those things make us better journalists.

ROBYN TOMLIN, President & Editor at News & Observer/Herald-Sun | Southeast Regional Editor at McClatchy: I’ve made plenty of personal sacrifices along the way, but I’ve never done it because I felt like I needed to compete with anyone. These jobs are hard. They take a lot out of you. There’s certainly been times where I had to make tough choices, but I’ve always tried to prioritize what’s most important, both personally and professionally. Whether that’s major family events or the most important goals that we’re trying to accomplish within the news organizations that I’ve been working with.

S. MITRA KALITA, CEO and Co-founder, URL Media and Publisher, Epicenter NYC: I don’t really dwell on that too much anymore. I got pregnant before I was going to go overseas to cover a story. I don’t even remember the story, but I do remember I have a child, so that gives perspective on what really matters in life. I think the asset that I see is that my kids are such a part of how I view the world. Their perspective on the world is so informed by me clearly bringing my work home and it’s a little bit more fluid. I just tried not to be focusing on the resentment piece of that.

CHABELI CARRAZANA, Economy Reporter, The 19th*: When thinking about having children, I think “What will that do to my career? How long will that put in it pause?” Also, journalism is an industry that is not doing too hot right now, so not very secure. I don’t think that’s a question that my male colleagues are asking themselves very much.

Even if men do have parental leave through their organization, which we don’t have a great track record of, it’s not going to be as much as I would have as a woman if I were to have a child, so that is a worry I have. Looking at the future and trying to think about what will happen to my career, I’m trying to move as fast as I can now before I hit that point and I hope that it doesn’t stall me out too much.

3. Are there ways that being a woman has been advantageous or helpful to your journalism?

ERRIN HAINES, Editor at Large, The 19th*: It’s my superpower, it really is. I get to tell stories that nobody else sees because of who I am, the life that I have lived, the network that I have and the community that I have. Just this election cycle alone I’ve been able to tell the stories of Black women, candidates, organizers, and about women being the deciders of this election. Not everybody was telling those stories, but there are questions about race and gender in the appeal of President Biden or Vice President Harris and I was able to unpack that and talk about those things with authority because of who I am. It sets me apart and makes me a journalist who has trust in those communities but also expertise and authority that is respected.

CIERRA HINTON, Executive Director-Publisher, Scalawag: I feel like I honestly am very honored and grateful. It’s so weird because I feel like we are in a place where we hold diversity in a really weird way. Folks want to hear me, a Black, queer woman from the South leading an organization because they want to be seen as making space for diverse voices. In that way my identity has worked toward my advantage because people, in their own pursuit of being seen as diverse, or inclusive, want to make space for me.

REBEKAH MONSON, Co-founder and COO, WhereBy.Us: I think there are always advantages and disadvantages to any lived experience. I think I have a more solid, amazing incredible network as a woman. I don’t know any of my male friends who have that many people in their orbit who are trying to help them along. I have found that women in our industry are incredibly supportive of each other, and I think that’s great. I also think that sometimes being a woman gives you a different perspective on an issue or how to get a job done. That is valuable in product development and in storytelling.

S. MITRA KALITA, CEO and Co-founder at URL Media and Publisher at Epicenter NYC: My kids definitely shift my perspective as a mother. I think I’m biologically wired to care about something greater than myself. I also think women are inherently able to multitask better, we follow routines, and we lead with empathy and compassion. I really do see it being an asset. I think that the problem with womanhood is not women’s problems, it’s everybody else’s problems that they’ve created.